11 Fun Facts to Know and Tell about 'The Suicide Squad'

Aug. 12, 2021 — The Suicide Squad premiered Aug. 5, written and directed by James Gunn (Guardians of the Galaxy), and yes, it’s a hoot. Let me add to the party with 11 Fun Facts to Know and Tell about the film. 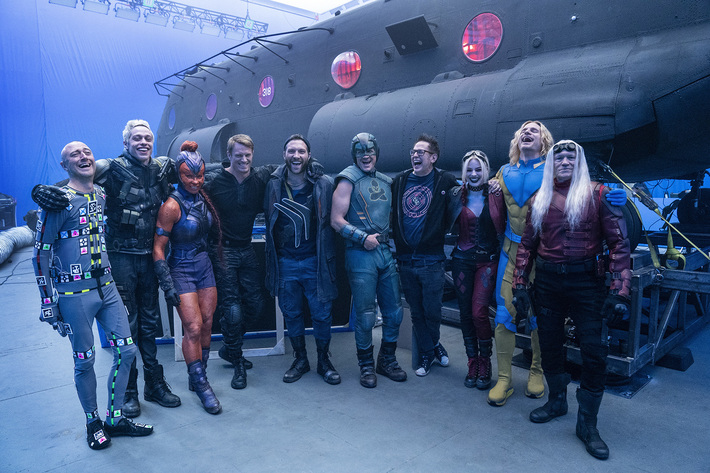 Just like in the comics, Amanda Waller (Viola Davis) operates out of a prison in Louisiana which is home to a lot of supervillains. In fact, we see a bunch of them in the scenes where Bloodsport (Idris Elba) is recruited. They include Double Down (Jared Leland Gore), Kaleidoscope (Natalia Safran) and Calendar Man (Sean Gunn).

Fun Fact: Sean Gunn is director James Gunn’s brother, who also plays Weasel (through motion capture). If he looks familiar, it’s because he plays Kraglin in his brother’s “Guardians of the Galaxy” movies, as well as providing the motion capture for Rocket Raccoon (while Bradley Cooper does the voice).

The island the Squad infiltrates is named for the star of a series of graphic novels by Italian writer/artist Hugo Pratt, which began in 1967. Maltese is an independent, soldier-of-fortune sea captain of flexible morals in the early part of the 20th century, whose name means “quick hands” in Spanish slang.

Fun Fact: DC Comics has been using “Corto Maltese” as the name of an island off the coast of South America for decades, in homage to Pratt’s well-regarded, historically accurate comics.

The movie gets King Shark almost exactly right. His name really is Nanaue, and he really is the son of the Shark God in the pantheon of Atlantis. Voiced by Sylvester Stallone in the movie, he was voiced by David Hayter on The Flash TV show.

The nightclub in which the Squad kidnaps Thinker roughly translates to “an accommodating little pussycat.”

Fun Fact: Yes, it means exactly what you think it does, even in Spanish.

Amanda Waller’s support team was on screen often enough for me to assign them personalities, but I never caught their names. (Assuming those names were thrown.) I just thought of them as “Black Lady,” “Beard Guy,” “Blonde Lady,” etc.

Mongul is a big, yellow, interstellar despot who holds to-the-death gladiator contests on Warworld, where he is dictator. Mongal is Mongul’s daughter, who, like daddy, is super-strong and hard to injure.

Fun Fact: In the movie, she discovered she isn’t fireproof. But in the comics, she was killed by her own brother, Mongul the Younger. What a lovely family. Peacemaker (John Cena) was introduced in 1966 with the tagline “A man who loves peace so much he’s willing to fight for it!” If that sounds contradictory, keep in mind that the Colt Single Action Army revolver, introduced in 1873, was also called The Peacemaker. (Photo Credit: Warner Bros. Pictures/™ & © DC Comics)

Christopher Smith was originally a serious superhero, who appeared in Charlton Comics in the 1960s. He was a rich, pacifist diplomat who publicly financed the Pax Institute and secretly financed his life as the dictator-toppling, international righter-of-wrongs Peacemaker. When he was bought by DC Comics (along with most of the other Charlton superheroes), the new publisher introduced the idea that a guy who loves peace so much he doesn’t care “how many men, women and children I kill to get it” might not be entirely sane.

Fun Fact: Peacemaker was the basis for The Comedian in Watchmen.

Poor ol’ Mister Polka-Dot. That was his first nom du crime in 1962, where he committed spot-related crimes in Gotham City with a gimmicked costume that could produce weaponry from the dots. And yes, despite the best efforts of creators Bill Finger (writer) and Sheldon Moldoff (artist), he swiftly became a joke character named Polka-Dot Man, who rarely appeared, except as a punchline. "Seriously, I would look up, like, who are considered the dumbest supervillains of all time on Google and at the top of every list was Polka-Dot Man," Gunn told Insider.com.

Fun Fact: The definition of polka dots are dots of the same size (and usually the same color) that form a pattern. Polka-Dot Man’s costume of randomly sized and colored dots isn’t polka-dotted at all … it’s just spotted. 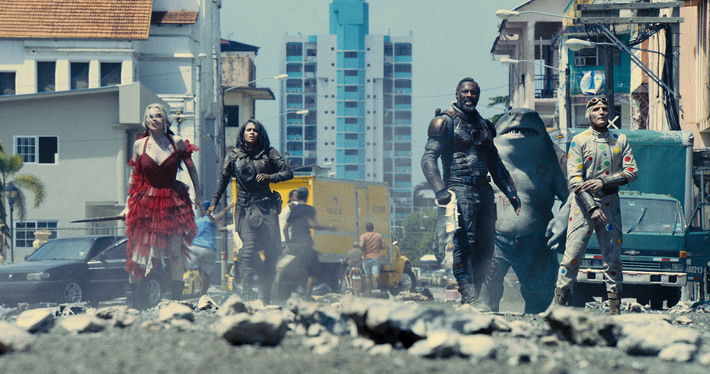 Starro was the villain in the very first Justice League story, published in Brave and Bold #28 in 1960. It is, in fact, a giant alien starfish that releases face-sized, starfish-y spores to control sentient creatures and conquer their worlds. While the original creature Earth people called Starro is probably dead, there are numerous “motherfish” like Starro in its species. All of them seem to be called “Starro” and all of them are a constant interstellar threat.

Fun Fact: In the comics, a surviving segment of the original Starro regrew into a full alien starfish the size of one of the spores, which Batman keeps in a jar. Telepathically convinced to be a hero by Martian Manhunter, “Jarro” is fanatically loyal to Batman, and wears a starfish-adapted Robin costume in its dreams, where it is the Dark Knight’s heroic sidekick.

For the spawn of an interstellar conqueror, it's really quite sweet.

The Detachable Kid is based on Arm-Fall-Off-Boy, a DC Comics character who (retroactively) became the first candidate rejected by the Legion of Super-Heroes for having a super-power that was simply too dumb to be useful. Not that he thought so. “My power will astound you,” he says in his debut appearance in 1989. “Observe as I detach my limb and transform it into a deadly weapon! Die Villain! Ha-yaaaa!,” he says, as he pulls off his arm (“PLORP!”)  and bangs it on a table (“KRAK!”). Arm-Fall-Off-Boy was re-imagined as “Splitter” in 1996, with equally futile results.

The ability to move the detached limbs telekinetically was added by the movie. That brings to mind a short-lived 1950s character named (believe it or not) Captain Marvel, an android superhero who could do the same.

Fun Fact: Arm-Fall-Off-Boy was based on a fan parody character. “Ear-Fall-Off Floyd” was invented for a fan magazine in 1967 as a useless superhero whose super-power was that his ear could fall off. The Legion fanzine “Interlac” later used the character as “Arm-Fall-Off-Boy.” Legion fans were thrilled when DC made the character official (and officially ridiculous) in 1989.

Clifford DeVoe was a criminal genius who first appeared in All-Flash Comics in 1943, a book starring the original Scarlet Speedster, Jay Garrick. Called “The Thinker,” DeVoe developed a “Thinking Cap” that bestowed various mental powers. Numerous other criminals have used the Thinking Cap technology and the name Thinker, and at one point the Cap’s artificial intelligence became self-aware and was itself a supervillain. Neil Sandilands played a version of Thinker on The CW’s The Flash TV show.

The nodules poking out of the skull of the movie’s Thinker (Peter Capaldi) resemble the electronic doodads that protruded from the original Thinking Cap, later incorporated into Thinker’s head.