A Comic a Day: Prime Infinity

Cover art by: who cares? 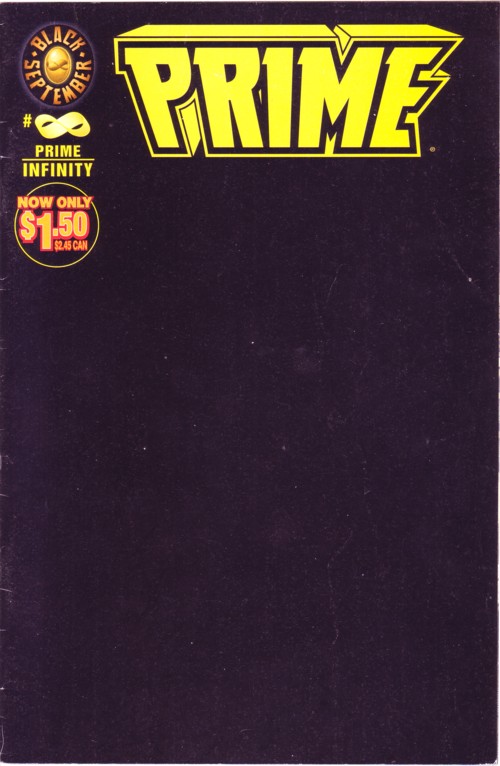 Man, that is one boring cover.

Remember when Marvel tried to bring together the Marvel U and the Ultraverse? I barely do.

Well the kid who is Prime is stuck in the Marvel Universe and only running at half power when he is able to “Prime Up” which is very hard for him now. He sees a helicopter overhead and notices that it is in trouble. He tries to Prime Up and sort of gets there, and flies up for a rescue. The copter has The Lizard on board and he has broken free. The police see Prime as just a bunch of green goo flying towards the chopper and open fire. Both of them get away, but his Prime body has melted away and the Lizard attacks.

Spider-man had previously put a tracer on the Lizard and saves Kevin (Prime) just in time. Spidey battles his old nemesis as Kevin tries and tries again to become Prime. He finally says screw it and charges the Lizard as just a regular 13 year old kid. Spidey is just barely able to save both of their lives.

Back in the Ultraverse the Prime body is running around like nothing has happened to Kevin. In fact he is happy that he no longer has memory blackouts and that his memories are clear. To celebrate his new found freedom he breaks the arm off of the Statue of Liberty simply because he can and no one can stop him. The government sees this and is worried. They send another Ultra, Phade, to confront him. Many are worried about Prime and what is wrong with him. Hhe has been an inspiration to so many people.

Returning the Marvel Universe. The Lizard left Spider-man and Kevin to find easier prey, but Web-head was able to track him down again. They renew their battle, and Kevin is finally able to get back into the fight. Finally being able to Prime Up an comes back with a weird amalgamation of the Prime and Spider-man costumes. A couple of panels later he sprouts out 6 more arms. Spidey leaves Prime to fight the Lizard as he rescues some civilians. Prime wonders aloud why his powers keep going out and why can't he have power like Spider-man's. Soon there is a loud pop and Prime and the Lizard are gone. Back to the Ultraverse I guess.

You know I actually liked this comic a lot more than I thought I would. The fight between the Lizard and the heroes were good. Prime learns that Spider-man got his powers at a young age, and feels a kinship towards him. Primes anguish at losing his powers. There was a lot here. 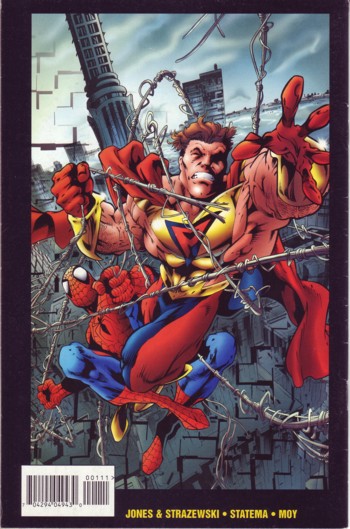 Much better than the front!