A Comic a Day: Suicide Squad #9 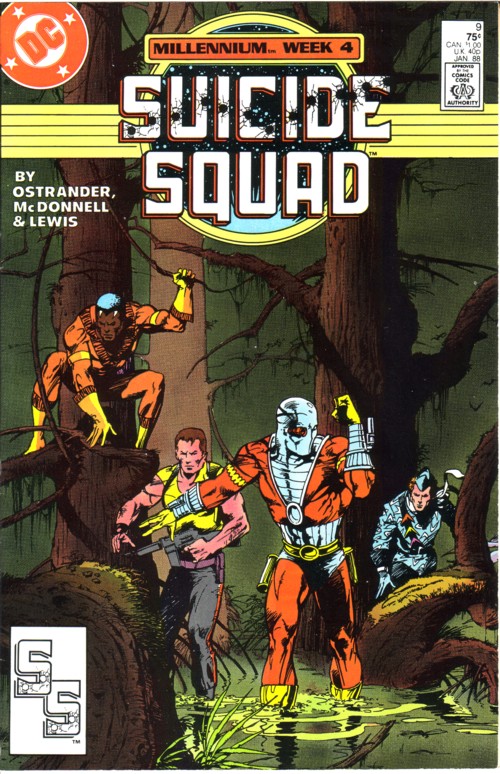 As you can see by the cover this is a “Millennium” cross over. I was pretty indifferent to the main series, but I usually enjoyed the crossovers, and finding out who the person from that series was in bed with the Manhunters.

This is Bronze Tiger's first mission as leader of the Suicide Squad. They have been tasked with blowing up a (or is it THE?) Manhunter Temple which was right under their noses in the swamp near Belle Reve. The bomb is loaded with xyzedium which is apparently really really powerful. Captain Atom shows up and makes a very inconsequential appearance, and then he flies off to fight Firestorm...I think. Go read this month's issue of Captain Atom to find out what happened.

Slipknot asks Captain Boomerang what the deal is with the arm band bombs are. Boomerang tells Knot that he thinks they are a fake, and that Flag and Bronze Tiger are to nice to use them

Soon the team is attacked by a bunch of the Manhunter robots, and we find out just how ineffectual they are against them.

When things start going bad, Slipknot runs off to save himself. He finds out that the arm bands are not a bluff. Later, is found lying in the swamp by future Squad member, Duchess.

Karin as taken away by a Manhunter. So, seeing that the mission is about to fall apart, Privateer and Flag take off in the mobilized bomb, and leave the rest of the team. They later spot Karin hanging on to a ledge, and rescue her. They learn that she infiltrated the Suicide Squad for the Manhunters. Mark Shaw came to her aid after she was hurt during a mission, and convinced her to join. She was bitter that Flag never visited her while she was healing from her wounds.

The problem is, oops, she fell in love with a Manhunter robot, as the real Mark Shaw was in prison. The robot stuns Flag and the Privateer, and gives Karin the opportunity to finish the job. She then remembers all of the good times she had with Rick, and turns the gun on the robot.

Karin tells Shaw to get the unconscious Rick out of the temple, and she drives the bomb further into the temple to blow it up. Sacrificing herself in the process.

Whoa buddy was this a good comic. I really dug it.

There were some really great lines here. Boomerang's “better you than me thought” after Slipknot's bomb goes off.

Duchess: Where do you want to die?

When Boomerang decides to stick with Deadshot because he is about out of tricks. Deadshot tells him,”Go ahead, but the jokes on you. See, I'm about out of bullets.”

What I didn't like was that too much happened in this comic that you had to read another comic to find out what happened. Very annoying. Outside of that, highly recommended. 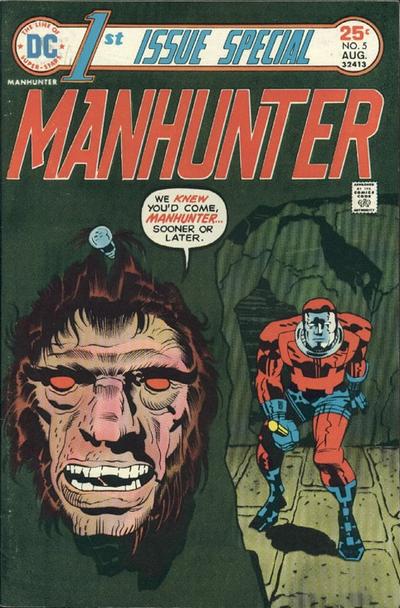 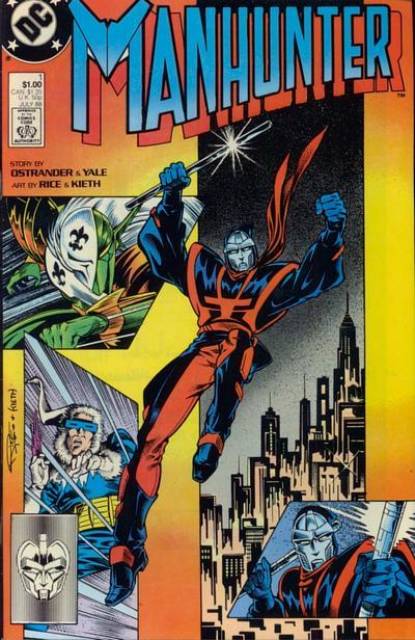 I can recall being shocked at the return of Mark Shaw, Kirby's 70s Mahunter and Englehart's Privateer. I was even more shocked when he got his own book!

He was around for a while until he was sacrificed so they could bring back the clone of Paul Kirk, who in turn was sacrificed for the female Manhunter!

I still remember Slipknot asking Captain Boomerang about the arm band bomb: "Yo, they say they'll blow these if we rabbit. On the up?" Boomerang tells Slipknot they're just a bluff to keep them in line. Then when Slipknot finds out the hard way that the bombs aren't a bluff, Boomerang laughs to himself a "It's better that it was you and not me" kind of laugh.