I finish my "Planet DC" world flags tour back home (for me) in the UK, with the 2000 Batman Annual.

Incidentally, the map on this cover depicts Great Britain, but labels it "England", thus omitting Scotland, Wales and Northern Ireland.  This is as wrong as slapping "USA" over Mexico and Canada on a map of the North American continent.  Don't do it.  Just don't! 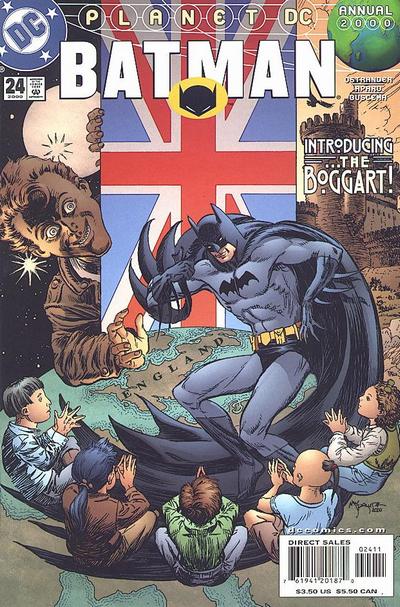 The "Planet DC" covers have given a foretaste of next month's theme of "Foreign (non-US) locations".  Here's another, the Phantom on a cover from Norway showing the flag of the United Nations. 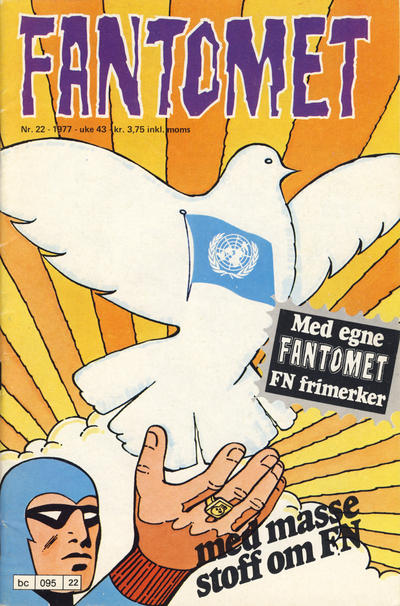 Some additional crossovers with next month's theme:

1. Captain Israel. I can only fine references to two issues, so I don't know if it lasted any longer than that. 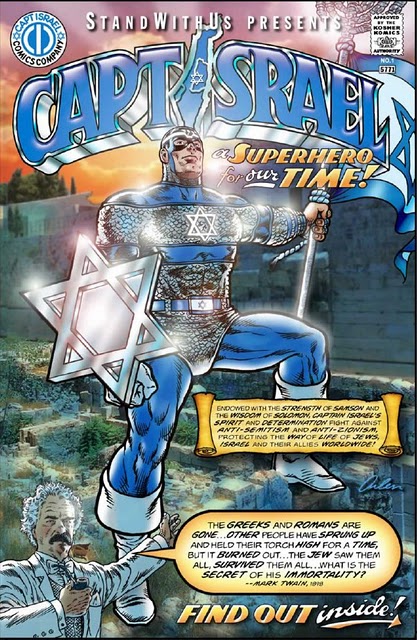 Captain Lithuania. This is a cosplay, but still: 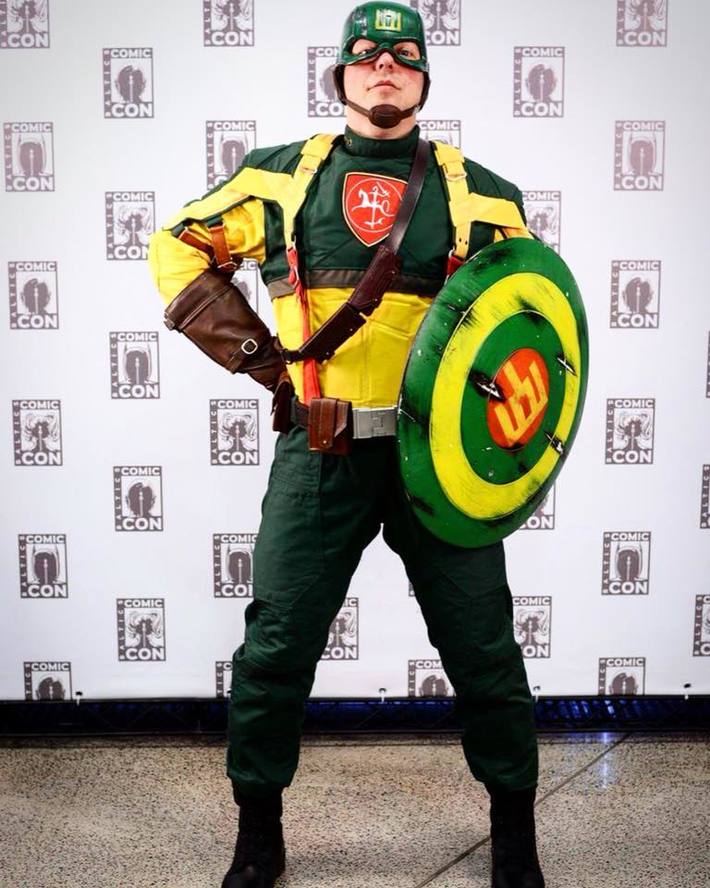 One has to think this was a case of “cover first, story second.” 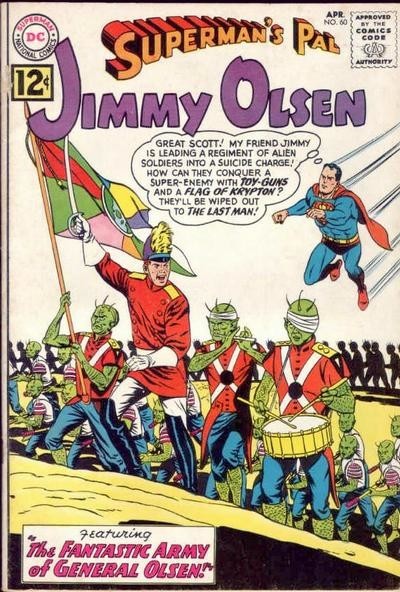 They'll be wiped out to the last man!

Is Mr. Can-move-planets-fly-faster-than-light-and-incidentally-loves-expository-thought-balloons Silver Age Superman not thinking of intervening on behalf of his pal, then?

One has to think this was a case of “cover first, story second.”

I’m going to clear these out of my files.  They are pulp covers that transition from last month (the moon) to this month (flags).  I didn’t use them then, but better late than never. 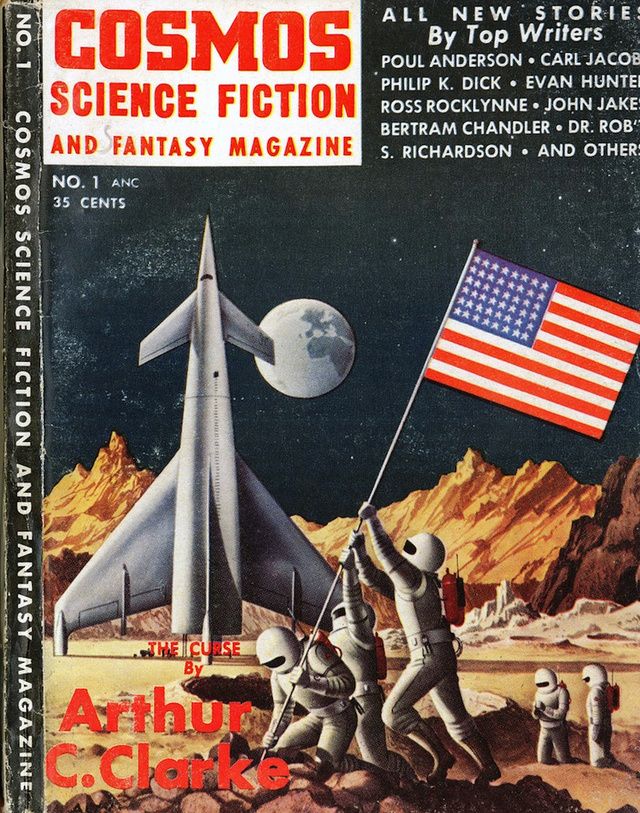 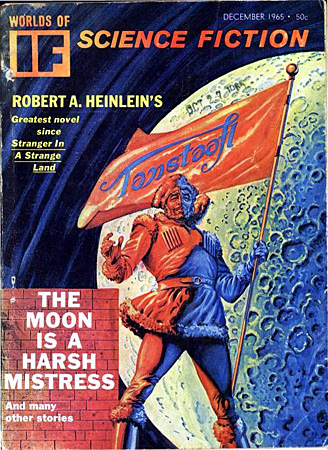 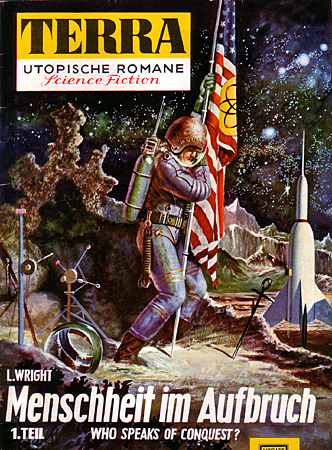 Incidentally, the map on this cover depicts Great Britain, but labels it "England", thus omitting Scotland, Wales and Northern Ireland.

To make up slightly for that omission, I have just (in the last hour or so!) found this cover depicting a version of the Scottish flag (the Saltire or St Andrew's Cross). 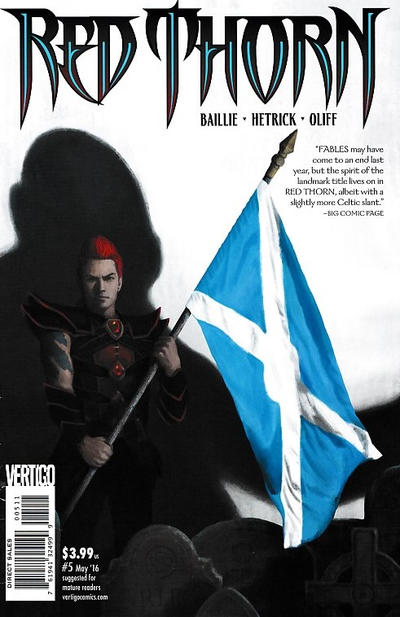 No flags for Wales or Northern Ireland, I'm afraid.

The Union Jack of the United Kingdom is easy to find. The individual flags that were combined to make up the Union Jack are hard to find on a comic cover, so here they are, in no particular order. The flag of England (Cross of Saint George) 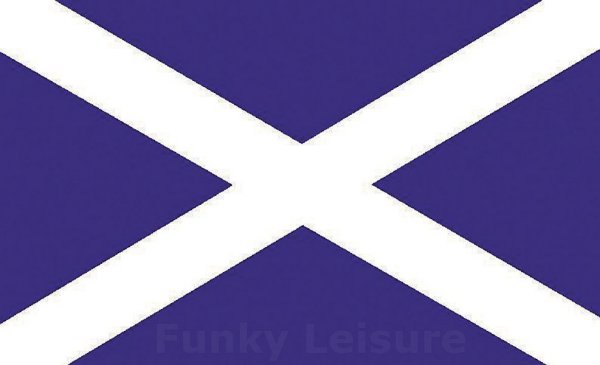 The flag of Scotland (Cross of Saint Andrew) 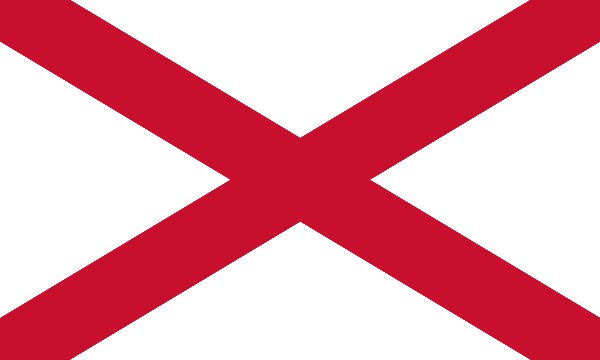 Flag of Saint Patrick (representing Ireland and later Northern Ireland). The flag of Great Britain before Ireland was incorporated into the United Kingdom was lacking this cross. I always watch for this on (American) Revolutionary War historic shows because it shouldn’t be there. 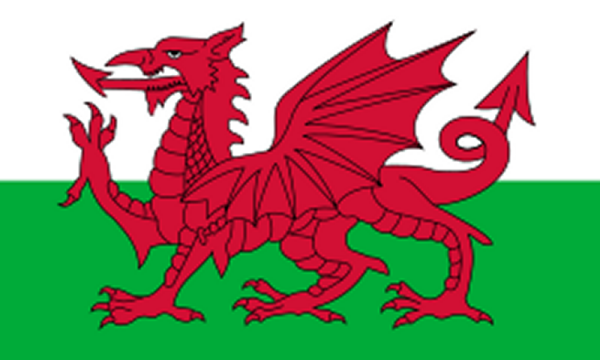 The flag of Wales, which gets no respect on the Union Jack.

"The flag of Wales, which gets no respect on the Union Jack."

I did manage to find a version of the Welsh Red Dragon earlier in the month, albeit on a shield rather than a flag.  Also the Scottish Lion Rampant, and the English Lions Passant, but sadly no Irish symbol.

As an alternative to national flags as patriotic symbols, this cover shows the coats of arms of Scotland, Wales, Richard I of England (aka Richard the Lion-Heart), and the kings of France. 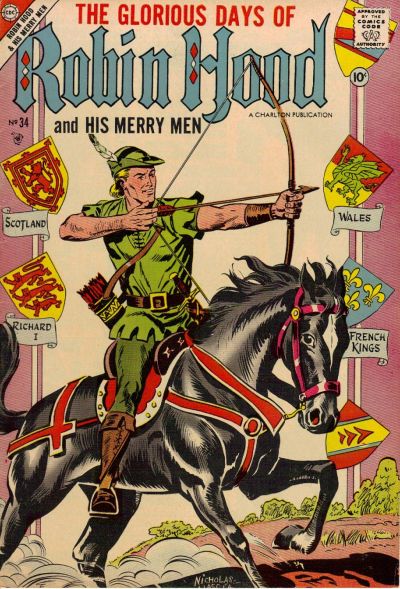 (Also a couple of other, unidentified, shields).

I'll start off our "foreign" covers with a classic, a Belgian adventurer in Tibet: 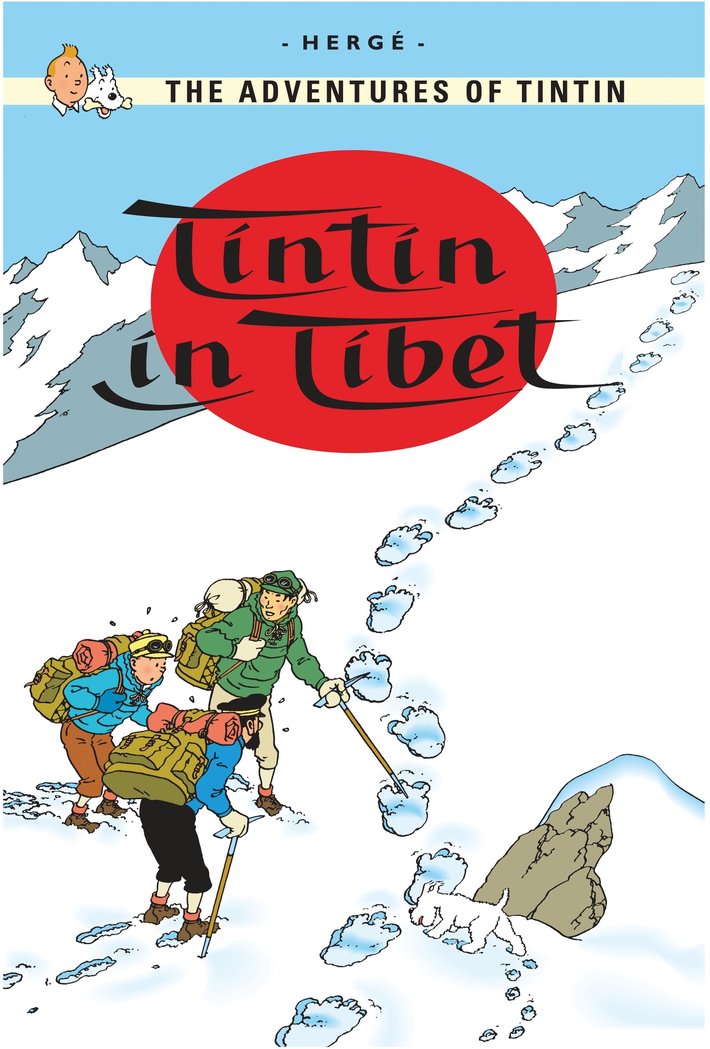 (This story was my first encounter with Tintin)

It's still July for almost an hour where I am, so here's my last flags cover. 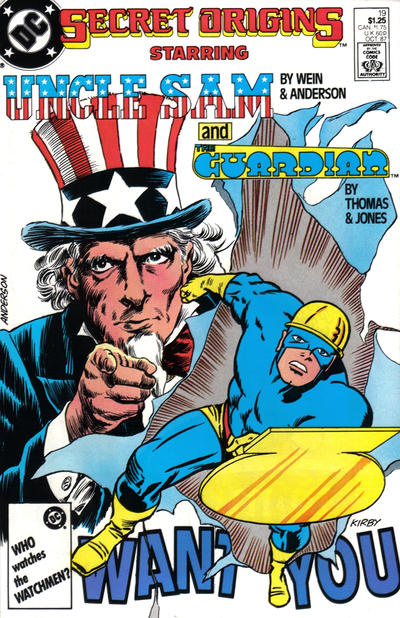 Was that Kirby's last cover or was it this one?

For years I've been citing Action Comics Weekly #638, the cover date is not shown, but Secret Origins #19 is OCT '87. I may confirm it later, but I still think ACW #638 is last. (By "last" I mean artwork commissioned specifically for a particular cover, not something repurposed later.)

Richard Willis replied to Lee Houston, Junior's discussion Did Go Comics GO?
"..... what will AMS do the next time this might happen? If they have any integrity, they have…"
1 hour ago

Travis Herrick (Modular Mod) replied to PowerBook Pete, the Mad Mod's discussion Anything, Everything, or Nothing At All
"They are going to be remodeling all of the apartments in our complex. That includes replacing all…"
1 hour ago

Richard Willis replied to The Baron's discussion Movies I Have Seen Lately
"Jeff of Earth-J said: Didn't they show a succession of sculpted heads, from Pleasance to Gray,…"
2 hours ago

Jeff of Earth-J replied to Steve W's discussion A Cover a Day
""If he's magical, does he qualify as a robot?" I say no (but it doesn't bother…"
2 hours ago

Jeff of Earth-J replied to Wandering Sensei: Moderator Man's discussion What Comic Books Have You Read Today?
"Ligth week... very light week. QUICK STOPS #2: I was all set to make this my 'pick of the…"
2 hours ago

Richard Willis replied to Steve W's discussion A Cover a Day
"The Destroyer was a metal entity. If he's magical, does he qualify as a robot? I think so,…"
2 hours ago

Lee Houston, Junior replied to Steve W's discussion A Cover a Day
"Until his initial post Crisis On Infinite Earths return, I've only known Brianiac as a robot…"
3 hours ago