DC Super Stars #10 featured the delightfully bizarre Super-Heroes Vs Super-Villains Baseball Game! The premise is straight out of Super Friends, is against the motivations of the baddies especially the Joker and has an ending that is never fulfilled!

Still I love that they resisted making it a straight-up Justice League story by adding Robin, Kid Flash, Plastic Man and Uncle Sam! 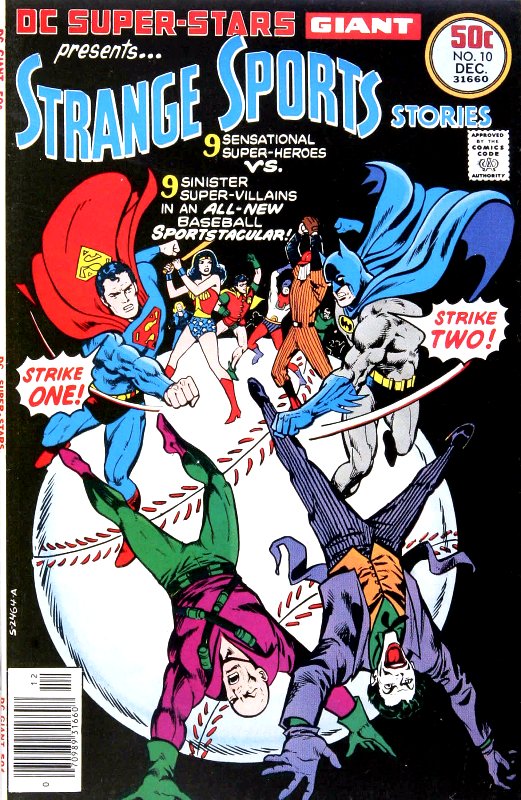 I read James Robinson's great Starman series in TPB. I always loved this cover, and was surprised that it (and about half of the TPB covers) was not one of the original issue covers. 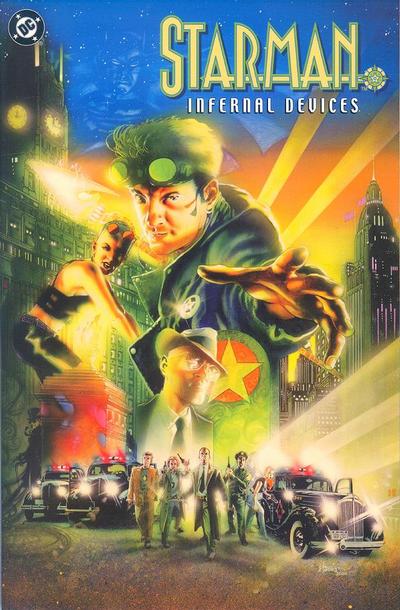 (I wish Tony Harris had drawn the entire series)

I'm loving all these September covers. I may collect them all and put them in a "faves" folder.

However I note it's the 13th September and I've only posted 10 covers. Therefore I'm falling behind - so two from me tonight.

So, two celebrations of the female form, although vastly different covers. The first comes from Avon Comics (June 1952) and was drawn and inked by Everett Raymond Kinstler. The sense of perspective here is exquisite. 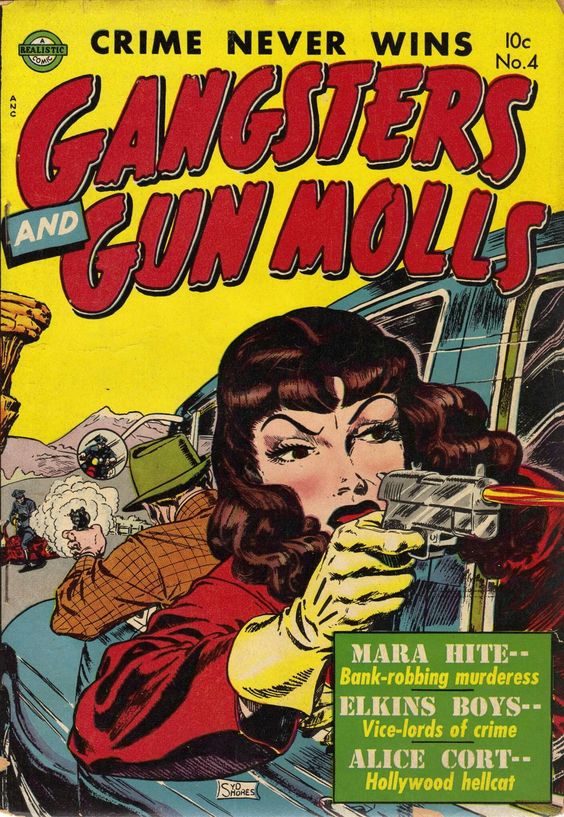 The second, and perhaps more traditional homage to the female form is Millie The Model #127 from March 1965. Once again, the editor is Stan Lee, and the cover is drawn and inked by Stan Goldberg. When I was younger, I never read a US romance comic, but I often admired the cover art on the spinners. I just couldn't pluck up the courage to take the comic to the vendor for fear of derision, or worse ,disapprobation.   Although, I realise, in retrospect, that the stories were very formulaic, and, to a pre-teenage boy, probably quite boring. 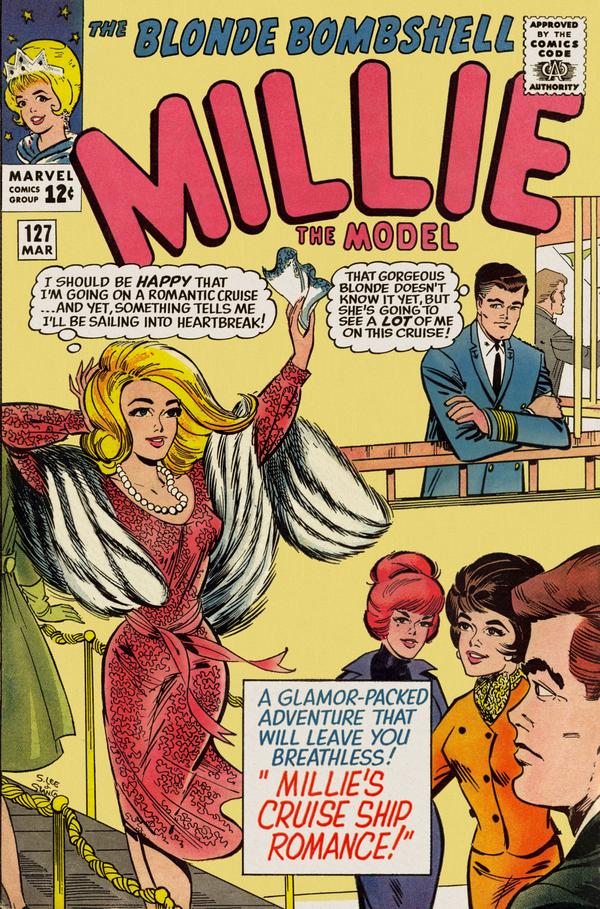 From a simpler time, this is one of my personal favorites and also the oldest individual comic book I have in my collection.

I picked up Sensation 89 (cover date May 1949) for the princely sum of $5 (FIVE) dollars at a convention back in the 1990s. While a readable copy, the dealer had it pinned within a bag to the back wall of his booth for all to see, but apparently no one was interested in such an old issue, looking for whatever was "hot" at the moment instead.

I enjoyed it thoroughly from cover to cover, although found it odd that the Wildcat story in that issue had the notation "Sen(sation) 93" on the first page. Does that mean the story was originally scheduled for issue 93? Considering research shows #89 was his last Sensation appearance, your guess is as good as mine.

Research also shows 89 and 90 are the only two to bare the "Published in Canada" remark. All other issues read "A 52 page magazine" in that spot. 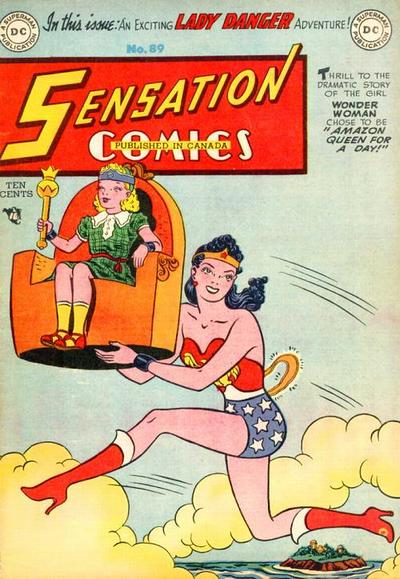 Mad does a pop-art collage thing for its fifth anniversary: 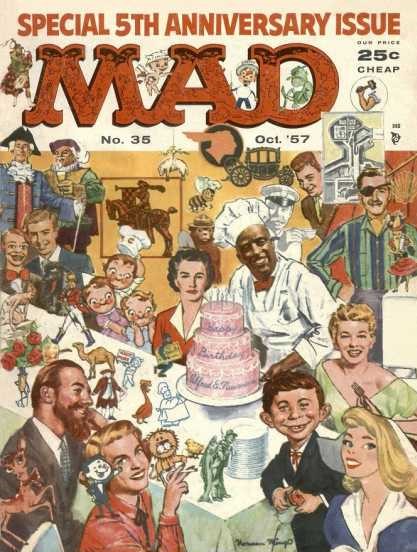 A series I enjoyed was The Occult Files of Dr. Spektor.  Don Glut developed an interesting cast of characters and a sense of continuity.  In this issue Dr. Solar joins the fun (and the Bronze Age). 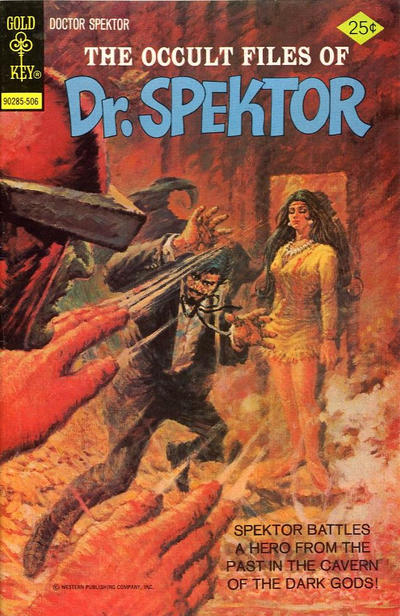 My pick for yesterday, Stalker #1, had a cover date of July 1976.  The previous month had seen another sword-and-sorcery title from DC, Claw the Unconquered #1, which, being very much into sword-and-sorcery at the time, I also bought.

Claw seems to have been a bit more successful than Stalker, lasting for 12 issues (though with a hiatus of about 18 months between #9 and #10).  According to the GCD, the stories prepared for #13 and #14 finally appeared in Cancelled Comics Cavalcade, and there was a six-issue revival of the character in 2006, though I've not seen these later tales. 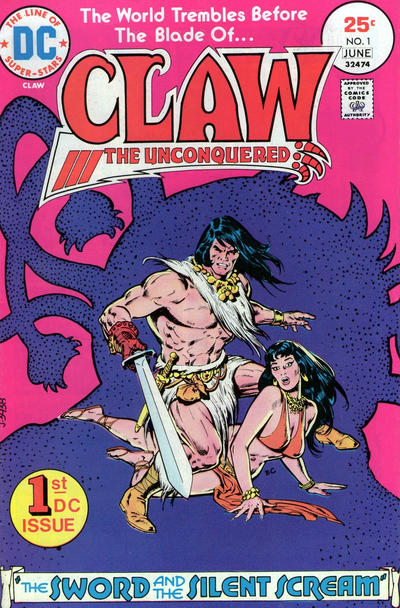 While not necessarily a "favorite", this one certainly was memorable !

Young me was a bit...disturbed at the prospect of becoming an active participant in a comic as opposed to being a passive reader! 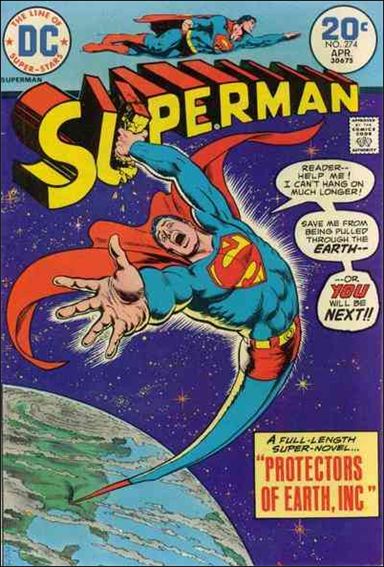 The Molten Man was not one of Spider-Man's best villains, but he sure made a great cover. 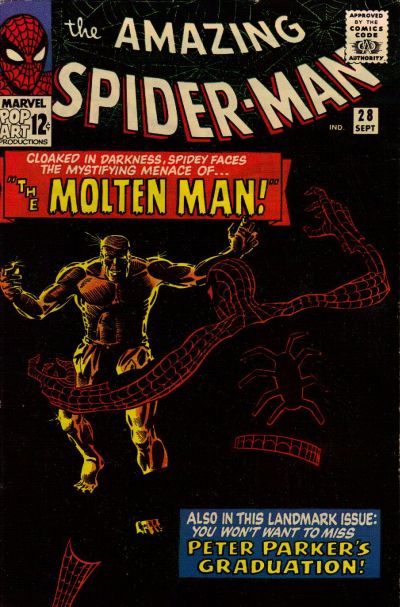 Those Stalker and Claw take me back to the days I baought every first issue that came my way and the heady days of Atlas Comics.

Following on from the "Mad" 5th anniversary cover.  This cover by Howard Nostrand. Stories and art by Howard Nostrand, Nat Barnett and Bob Powell. After the success of MAD, every comics publisher tried their own version of a satire comic with a one-word title, and this was Harvey's. 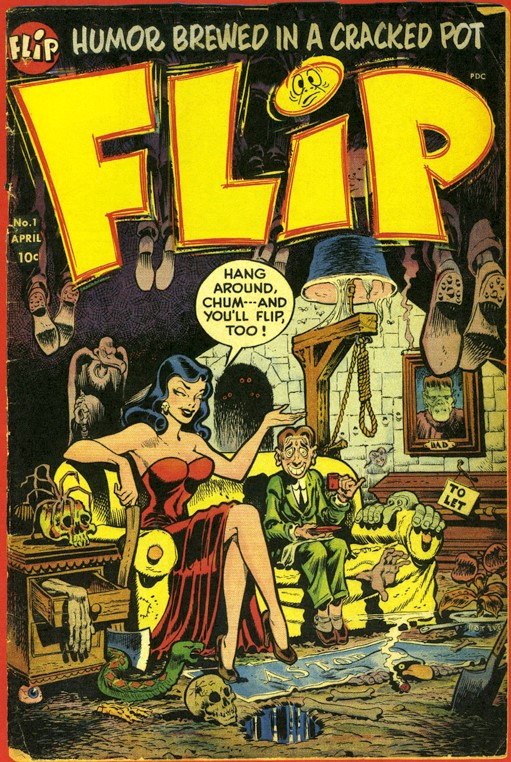