So are circuses counting or not?

I guess they are. I followed suit after someone else posted the Circus of Crime. 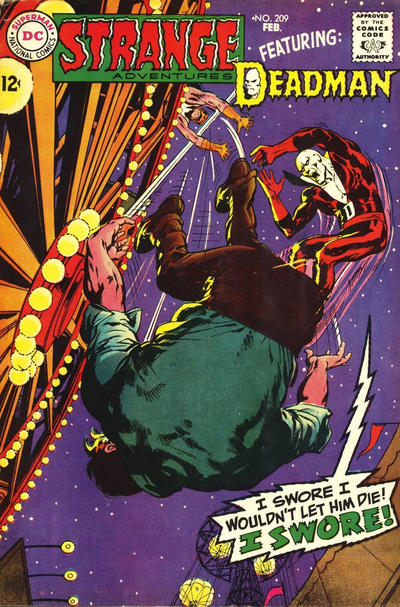 Mardi Gras is a carnival and, with so many costumes, I have little doubt these revellers stumbled over a spooky mystery of some sort: 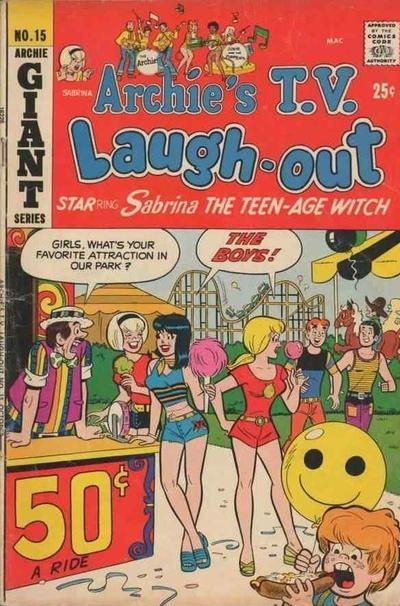 Some of those carnival folks can be a little scary: 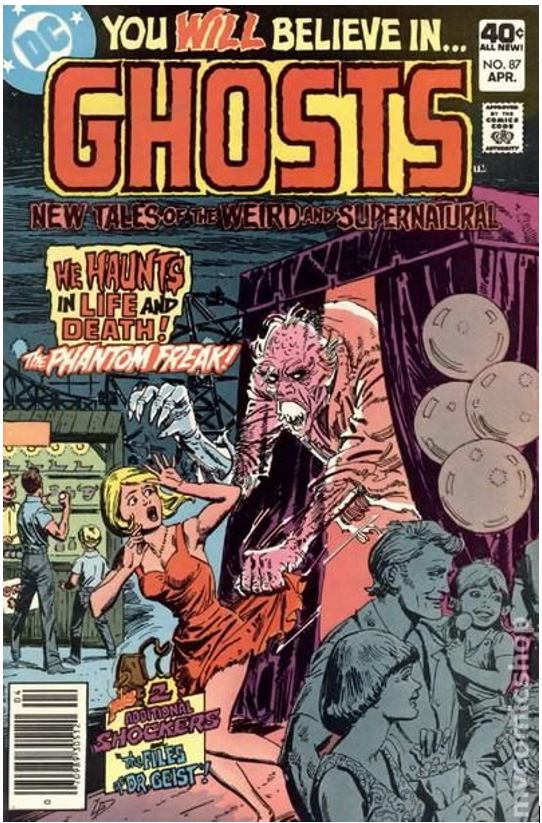 It's not a comic book cover. It's a movie poster of the adaptation of the Ray Bradbury novel about a dark carnival. You don't want to ride the carousel. 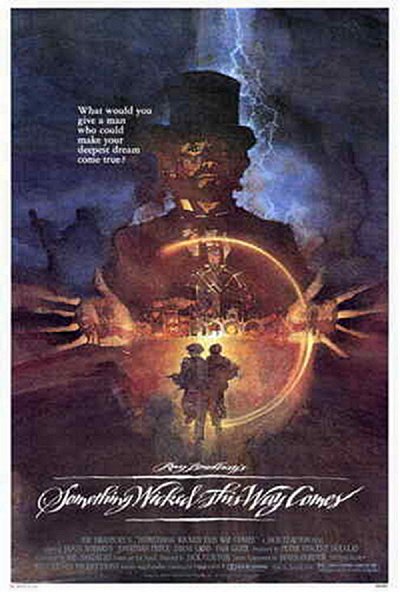 A comic book cover of a poster... 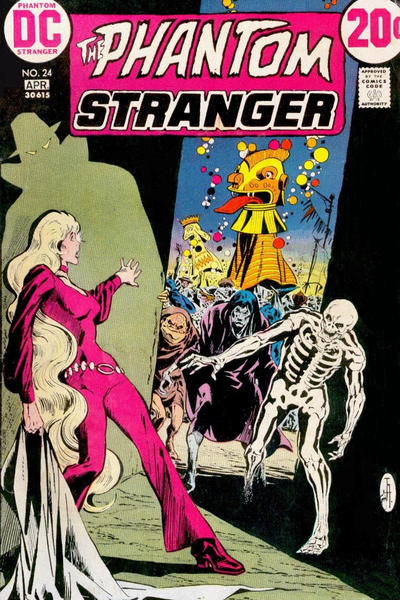 That moment on the Merry-go-Round when the ride comes to life. 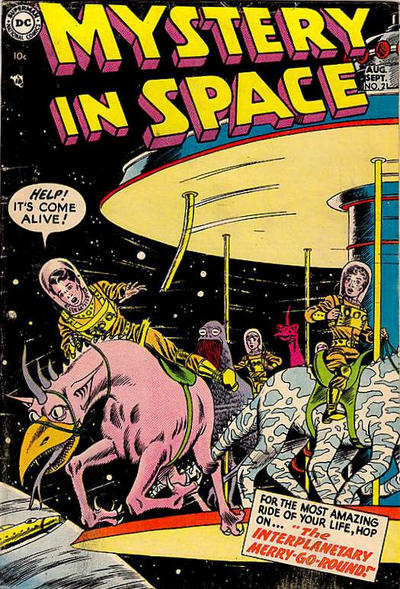 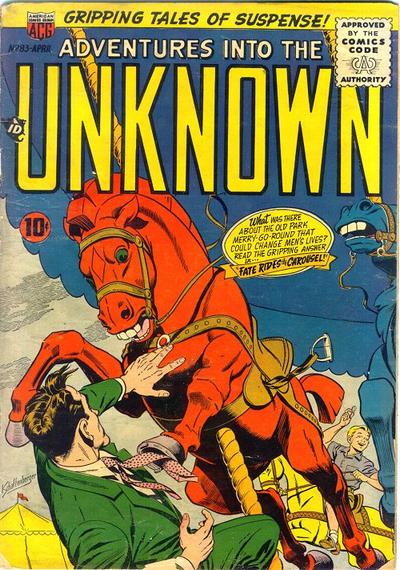 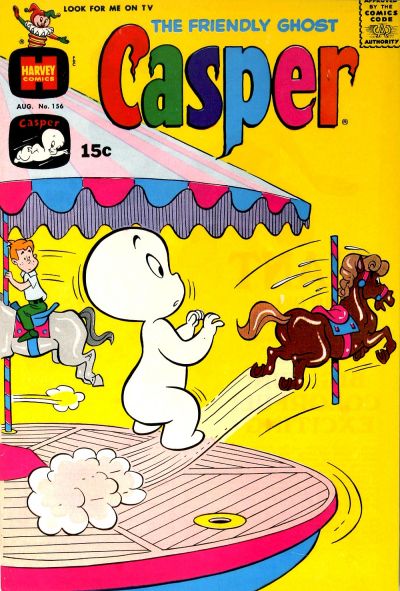 Archie and Friends at the State Fair! (Now tell me which state!) 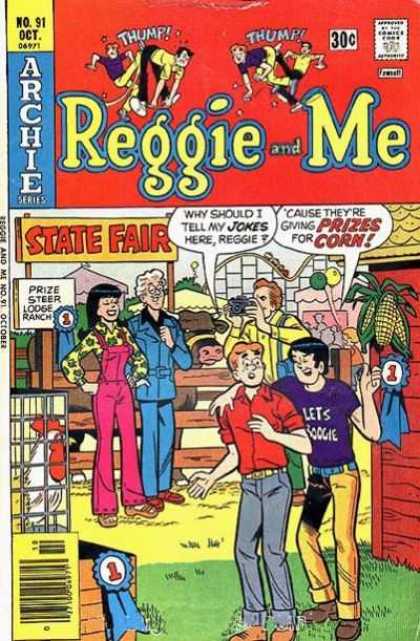 Why have a Circus of Crime cover without Princess Python?

A comic book cover of a poster... 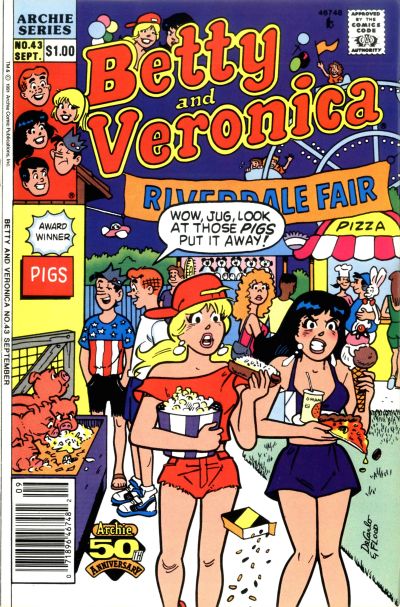 Steve W replied to Steve W's discussion A Cover a Day
"An early Kubert. From 1954."
3 hours ago

Captain Comics replied to Captain Comics's discussion Comics Guide: Sept. 26-Oct. 2, 2022
"And I just found out a few weeks ago that Behemoth Comics is in Richardson, TX a suburb of…"
3 hours ago

Travis Herrick (Modular Mod) replied to Captain Comics's discussion Comics Guide: Sept. 26-Oct. 2, 2022
"I used to joke about looking forward to the day when there would be wrestling comics, because I…"
3 hours ago

Jeff of Earth-J replied to Captain Comics's discussion Comics Guide: Sept. 26-Oct. 2, 2022
"Homage alert! Did you forget something Tony? Going into battle without a helmet seems reckless.…"
5 hours ago

Philip Portelli replied to Steve W's discussion A Cover a Day
"This one was a treasured gem in my collection! "
7 hours ago

Jeff of Earth-J replied to Jeff of Earth-J's discussion She-Hulk
"Before delving into the John Byrne era, I would like to take a slightly-out-of-order look at the…"
8 hours ago

Rob Staeger (Grodd Mod) replied to Jeff of Earth-J's discussion Sandman (TV)
"They'd be idiots not to renew it.Not that they aren't idiots."
9 hours ago