Mechazawa, the robot that hates technology, literally looks down on Kamiyama. 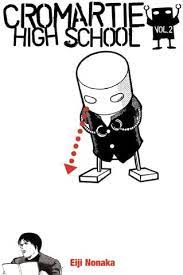 Those remind me of the robots from Undersea Kingdom, that looked like walking water heaters, 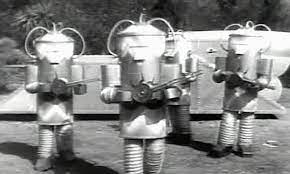 Unless Hourman made a big deal out of it by announcing it to the world (“My powers only last an hour at a time”), I think people would chalk it up to egotistical hyperbole:  “Hourman, The Man of the Hour.”

Of course, if the underworld ever did learn his secret, you’d expect it to spread like wildfire through the underworld grapevine.  In which case Rex Tyler could simply retire the Hourman identity and become, for example, Miracle Man (since this would have likely been in the Golden Age he would be safe from Marvel’s lawyers) and no one would be the wiser.

I don’t think Dynamo advertised the time limits inherent in his use of his belt, or Aquaman made it known he had to be in contact with water once every hour.

Was his weakness to wood known to the general public?  If it was something that criminals knew about, then they would certainly have exploited it.

On a related note, how did the bad guys discover Superman’s weakness to kryptonite? He didn’t just blab it did he?

Why not? Hourman announces his weakness in his name! 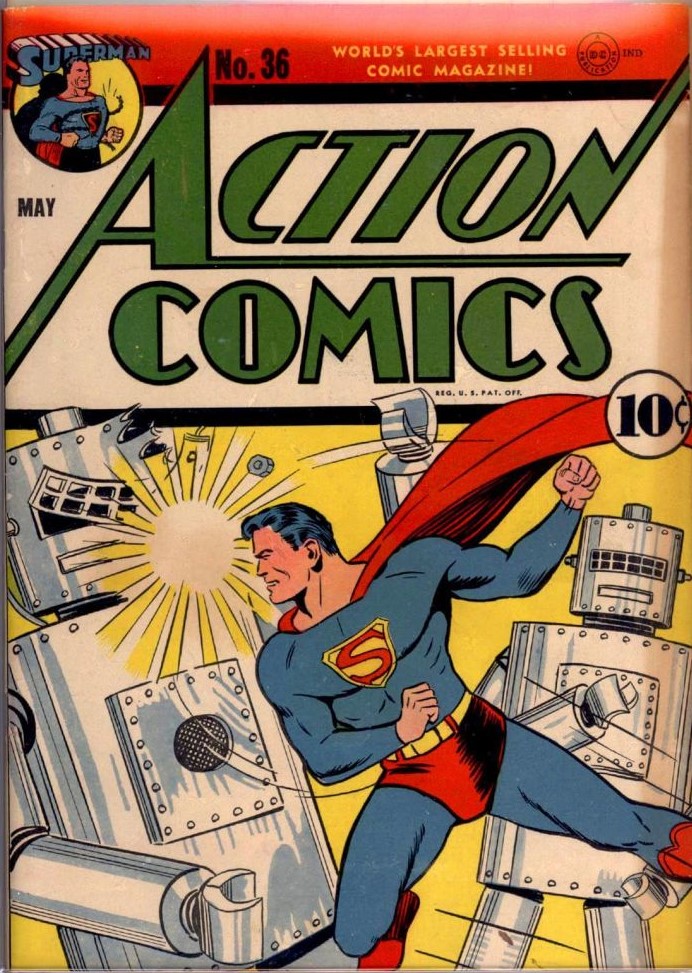 I bet there were people who thought he was "Ourman", 'cause he's on "our" side.

Human-looking robots are called "androids"; C-3PO (for example) is an android robot; R2-D2 is not.

Apropos what the public thought of Hourman's name, I wonder what they thought of Green Lantern's. The name of Earth-3's version made more sense (from that perspective). Perhaps we should have a competition this month for the lamest looking robot to ever appear on a cover. I nominate this one. It was the first post of the month, but worth another look. I'm not sure which is less solid-- the robot or the shopping cart.

Perhaps we should have a competition this month for the lamest looking robot to ever appear on a cover. I nominate this one.

Well noticed JD, and thanks for pointing that out. Ok, moving on from lamest robot, how about nominations for the stupidest? Here's my nomination (and I'm keeping my fingers crossed that no-one's posted this already). 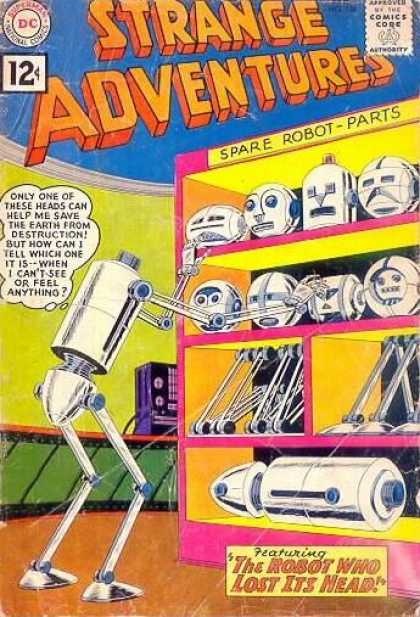 It’s going to take some doing to top Dr.Yes, although he didn’t make the cover. 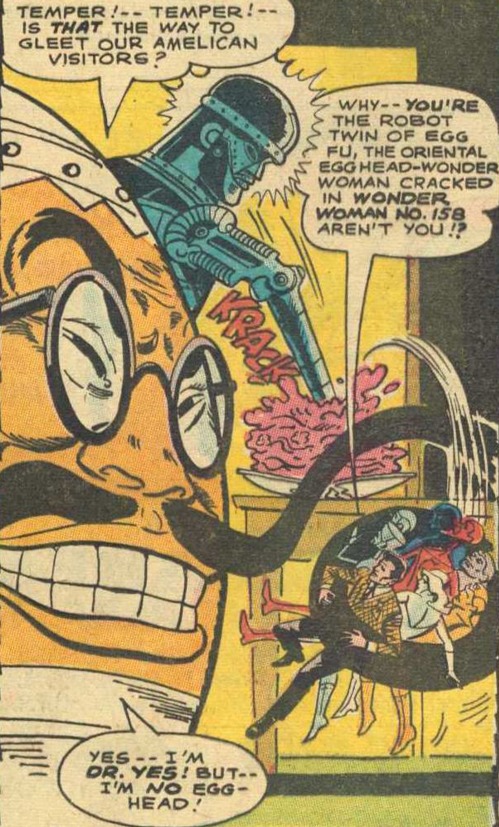 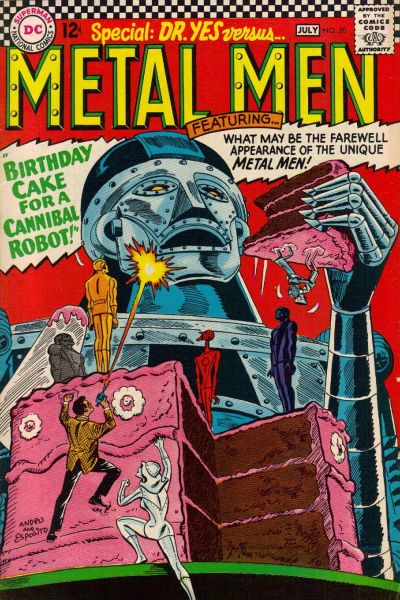 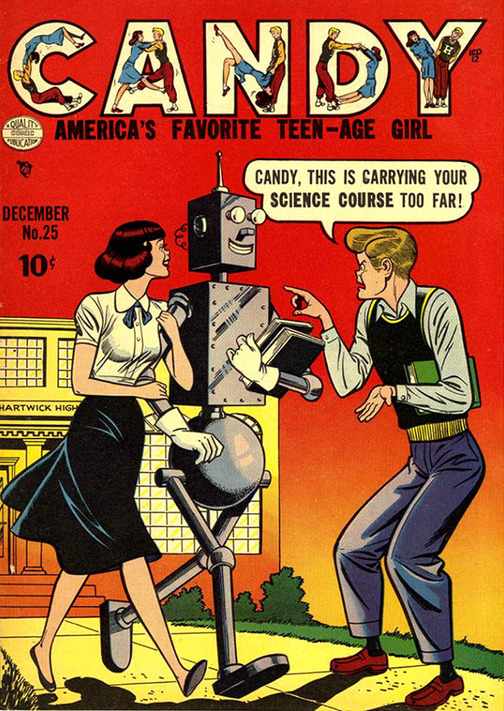 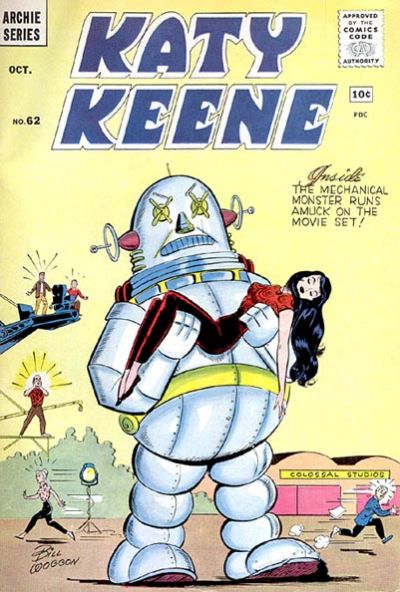 The Baron replied to The Baron's discussion Timeline of The Doctor's Adventures in the Order That the Doctor Experienced Them
"Updated through "Full Circle"."
6 hours ago

Commander Benson replied to Captain Comics's discussion Bond #4: 'Diamonds Are Forever'
"Man, the things you miss out on when you've been away for awhile! I finally took the time,…"
8 hours ago

Jeff of Earth-J replied to Jeff of Earth-J's discussion Tales to Astonish
""...neither the Hulk, Howard, you nor I made the world we live in." Like the petulant…"
11 hours ago

Lee Houston, Junior replied to Steve W's discussion A Cover a Day
"It is Dick Giordano's signature and art Steve W. Mister G did a lot of work (and started at?)…"
11 hours ago

Richard Willis replied to Steve W's discussion A Cover a Day
"....and she went on to play Wonder Woman on TV."
12 hours ago

Richard Willis replied to Jeff of Earth-J's discussion Tales to Astonish
"Despite the fact that the High Evolutionary was later resurrected, as with Boomerang, I consider…"
12 hours ago

Jeff of Earth-J replied to Jeff of Earth-J's discussion To be... HULK-inued!
"#99: You wake up in a cell next to Betty Ross, who is lying unconscious on the floor. You are…"
13 hours ago