Three stories were done, but only two appeared. "Trapped on Wax" is the other one. The complete story finally appeared a few years ago in The Simon and Kirby Library - Superheroes,(1) along with the others. The stories were at least partly pencilled by Simon.

The hero's code-name derives from the title of the operetta The Vagabond King, so his costume was supposed to suggest an operetta hero.(2) In his other identity he made his living composing rhymes for greeting cards. He's like a version of the Sandman who's a nut.

The Simon and Kirby Blog has a post here which notes an action sequence from "The Madness of Dr. Altu" drawn by Simon as the model for a sequence from Captain America #213 drawn by Kirby.

(2) A film version of The Vagabond King appeared in 1930, and another in 1956. The story is a fantasia set in late medieval France in which François Villon becomes king for a day. The S&K heroes' costumes look like 19th century dress uniforms, but there must have been any number of operettas with characters who dress like that. 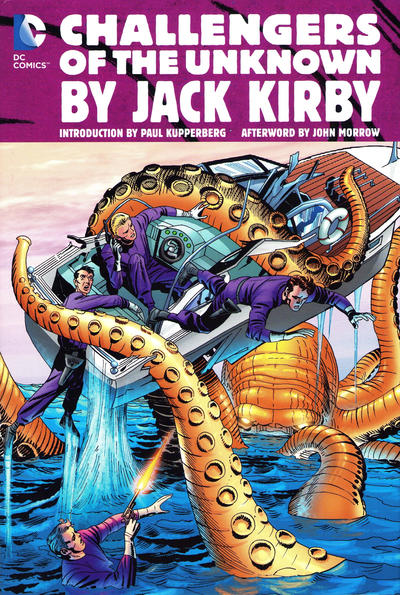 Permalink Reply by Jeff of Earth-J on September 12, 2017 at 10:40am
It's often difficult for me to get back into the swing of things after a week or so off the board. This is an easy thread to catch up on, though. Someone else has already posted Namor's nemesis Warlord Krang, but here's a different Krang, original and reprint. 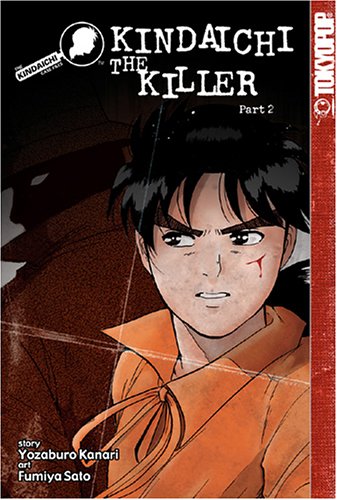 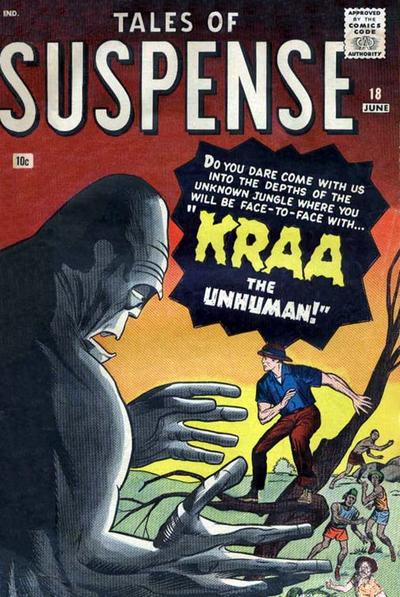 Jeff, we must have established a psychic connection because I was already planning on posting these two K monster covers, both from Kirby. 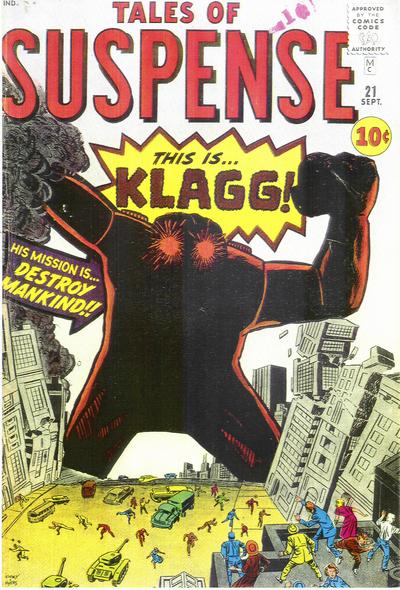 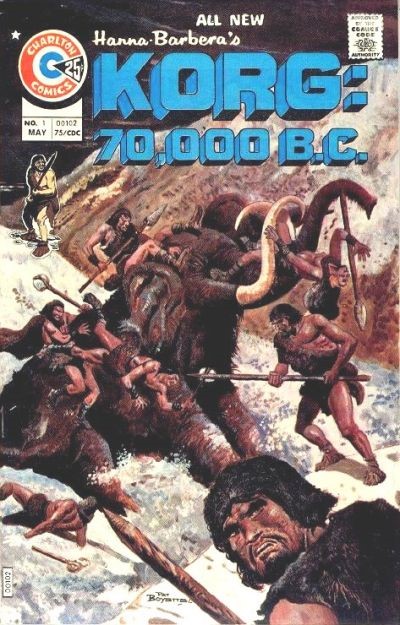 Did Anthro  or Tor know this guy? 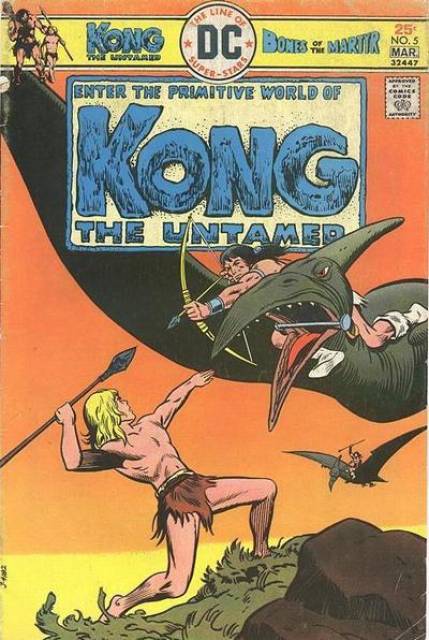 Anthro didn't know there were still dinosaurs in his time.

Permalink Reply by Jeff of Earth-J on September 13, 2017 at 9:14am
“Jeff, we must have established a psychic connection because I was already planning on posting these two K monster covers, both from Kirby.”

We must have, because I had those two waiting on deck as well. Here’s two more. 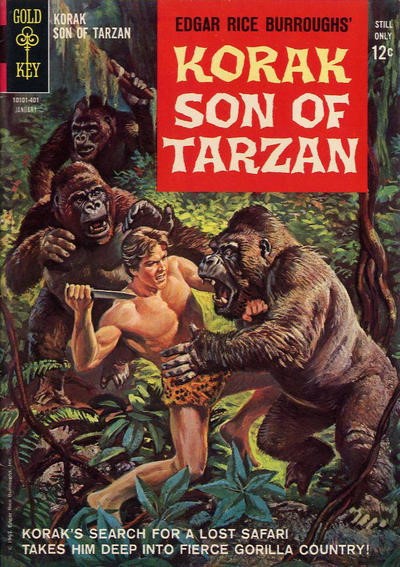 Kid Eternity with his guide, Mister Keeper was one of Quality Comics' biggest stars and was heavily reprinted by DC during the 70s. I enjoyed each and every one!

He should have an educational show on PBS! 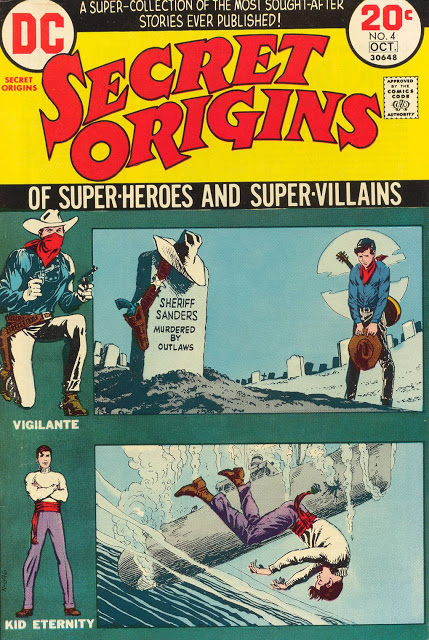 How did Gold Key differentiate Tarzan from Korak?

JD DeLuzio replied to Randy Jackson's discussion Misheard lyrics you prefer to the original
"Oh, and then there's "Maxwell's Silver Hammer," because I was in kindergarten…"
36 minutes ago

Richard Willis replied to Jeff of Earth-J's discussion Marvel Fanfare
"I love Brent Anderson's art. When you said this was a wrap-around cover, GCD doesn't have…"
8 hours ago

Jeff of Earth-J replied to Jeff of Earth-J's discussion Swamp Thing
"ISSUE #139: Swamp thing has apparently withdrawn into himself again after the loss of Abby…"
8 hours ago

Jeff of Earth-J replied to Jeff of Earth-J's discussion Swamp Thing
"ISSUE #138: An all-out battle erupts. I'm not sure when Sunderland's head became…"
8 hours ago

Captain Comics replied to Jeff of Earth-J's discussion Sandman - "Season of Mists"
"Makes sense that Peter David would remember his own pun. I, however, did not, even having read that…"
9 hours ago

Captain Comics replied to Captain Comics's discussion Archie in November 2022: Wouldja believe: Bob Phantom?
""Can everyone manage to avoid Jinx’s wave of unfortunate events, or will they all end up…"
9 hours ago

Lee Houston, Junior replied to Steve W's discussion A Cover a Day
"Everyone enjoys a good fair or carnival. Even this guy. (Image courtesy of the Grand Comics…"
9 hours ago