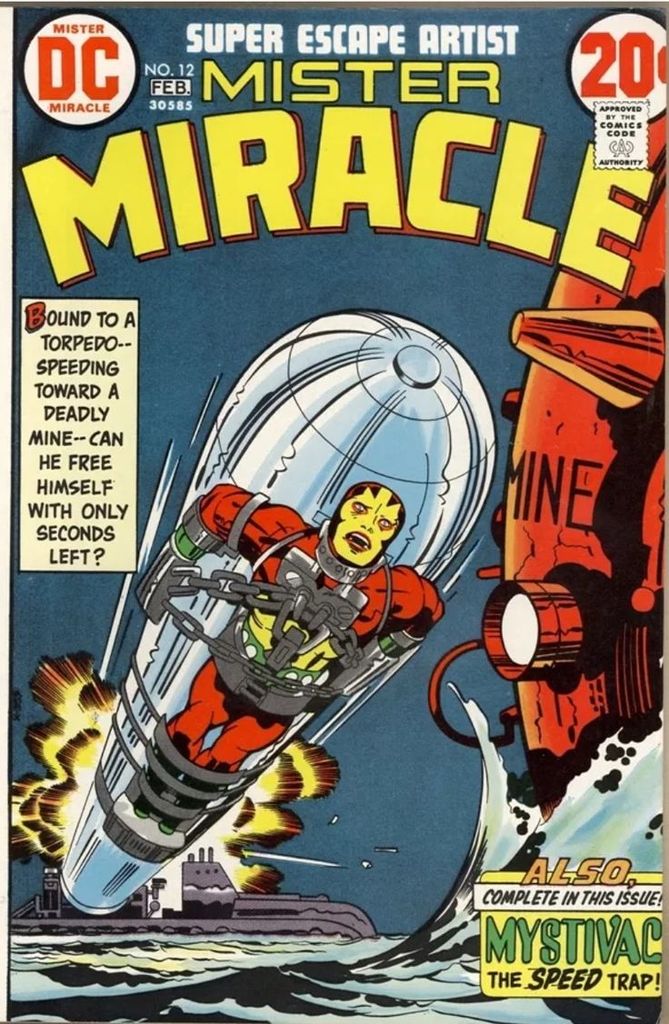 Magilla Gorilla and Dial M For Monkey with Igoo, Blip and So-So! 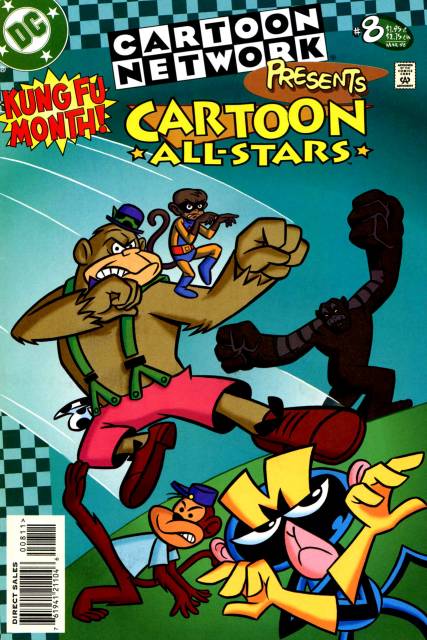 Just the Moth in the second case. Most recurring Golden Age Batman foes only appeared two or three times, in stories published within a couple of years. The Joker, Catwoman, the Penguin and Two-Face are the exceptions.(1) Killer Moth appeared three times, in issues that went on sale 1950-51.

However, it may be the Moth was based on the earlier character as there were other Silver Age versions of older Bat-foes before the New Look: a second Firefly, the second Mad Hatter, and the Silver Age Clayface.

(1) Two-Face initially followed the pattern, as he was cured on his third appearance; but there were successor versions, and finally Harvey resumed the identity (in the last story before the concept was dropped). The Cavalier managed four appearances, but all in 1943-44.

Blue Beetle vs. The Madmen And a Marvel re-rendering of MOBY DICK. 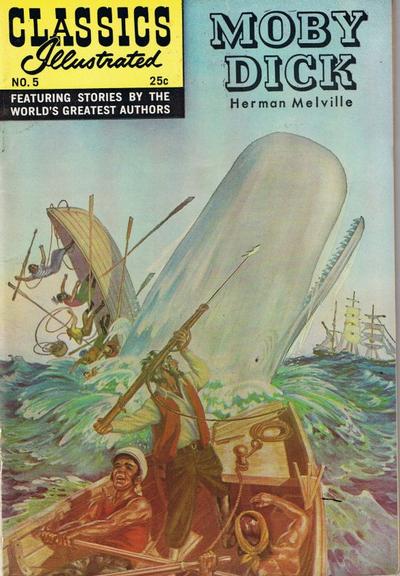 Superman #154. Art by Curt Swan. More antics from the imp from the 5th dimension. 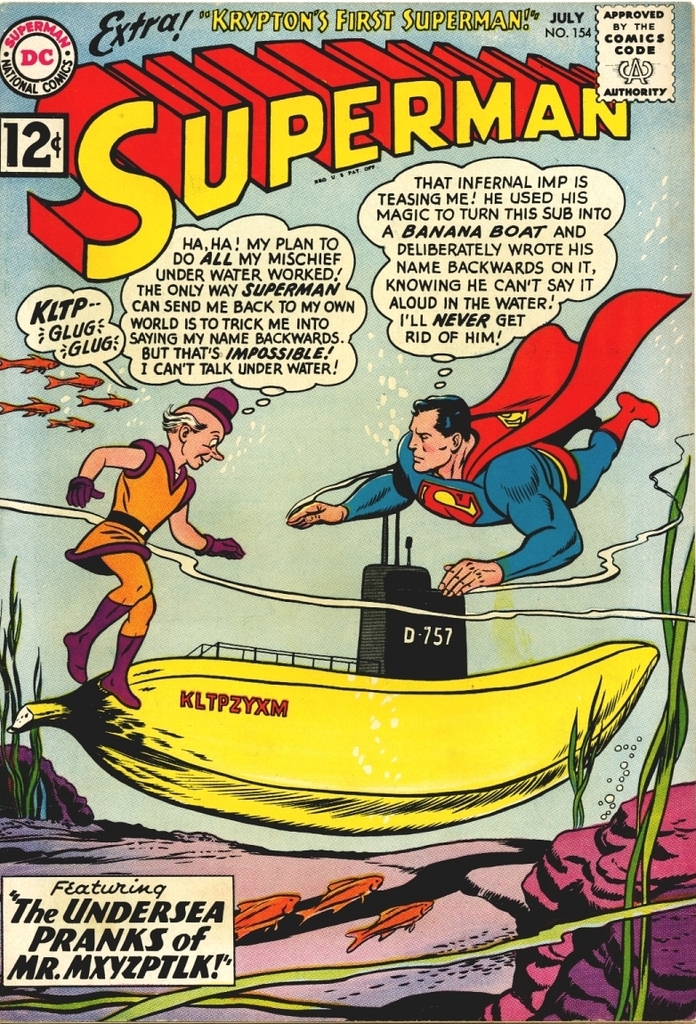 The Mad Merlin took Thor to medieval times in Journey Into Mystery #96 (S'63) as one of the Thunder God's sillier-looking foes. He realized this and got a makeover in X-Men #30 (Ma'67) as the Warlock, Interestingly enough when that issue was reprinted in X-Men #78 (O'72), the cover was titled "The Menace of Merlin!" because Adam Warlock had his own book by then.

But when the Warlock returned in X-Men #47 (Au'68), he redubbed himself...the Maha Yogi, making him the villainous equivalent to Hank Pym as far as renaming goes.

He popped up in Incredible Hulk #210 (Ap'77) where his arch-nemesis went from Thor to Doctor Druid! 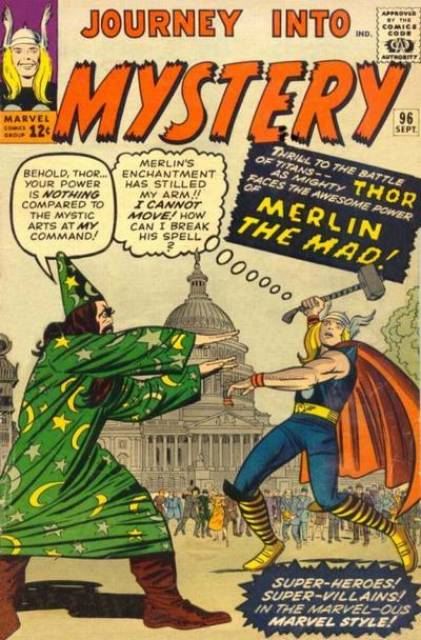 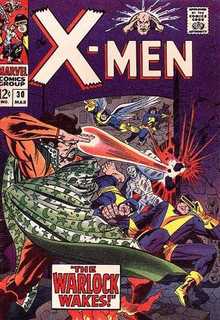 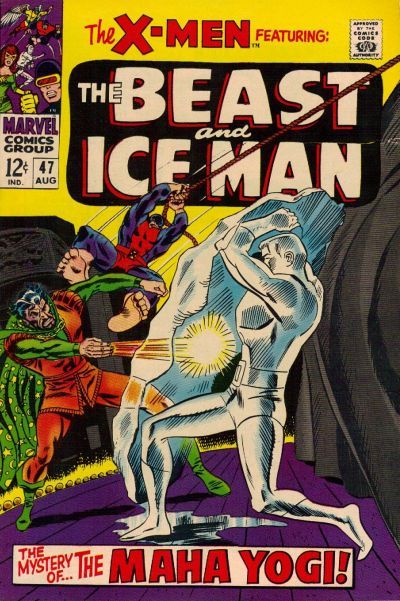 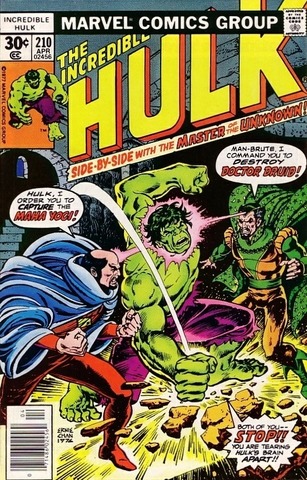