Who was a friend of Thomas Hardy Where, in the early 90s, she was interviewed by Beryl Baigent

Who is an acquaintance of mine. 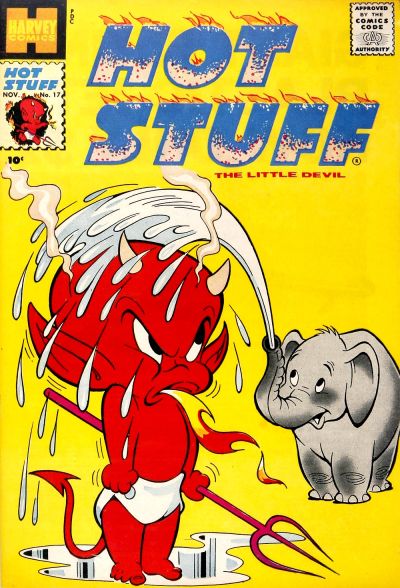 Okay, this is just weird 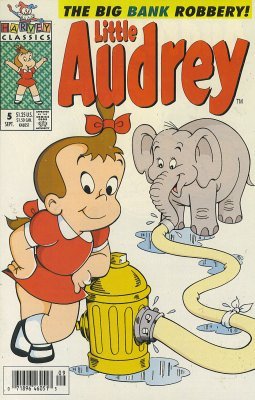 I love how, in comicland, whether you live in a North American suburb or go to a big city high school, it's perfectly natural and unsurprising to come across elephants and gorillas. Melvin is clearly thinking, "gee, Audrey has a great way to do the leaves," and not, "where the heck did she get that trained baby elephant?" 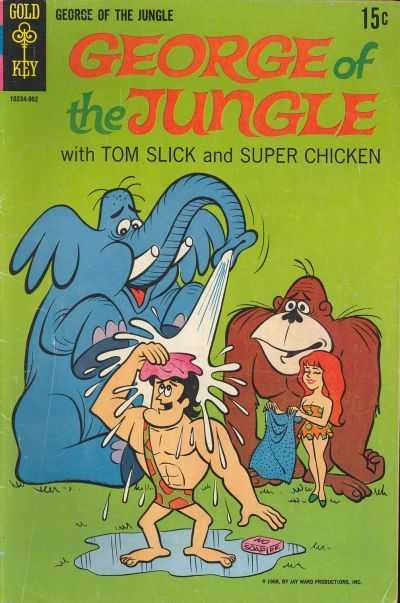 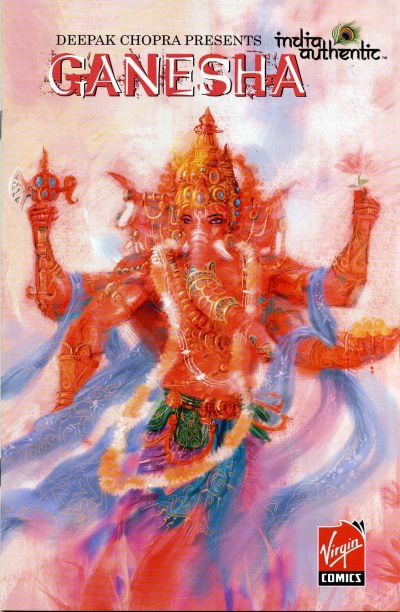 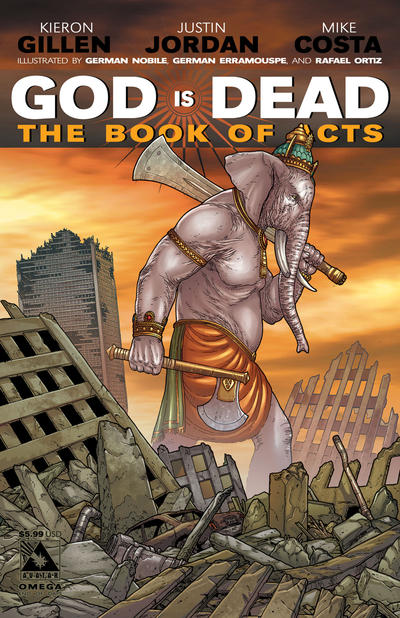 The oldies are the best... 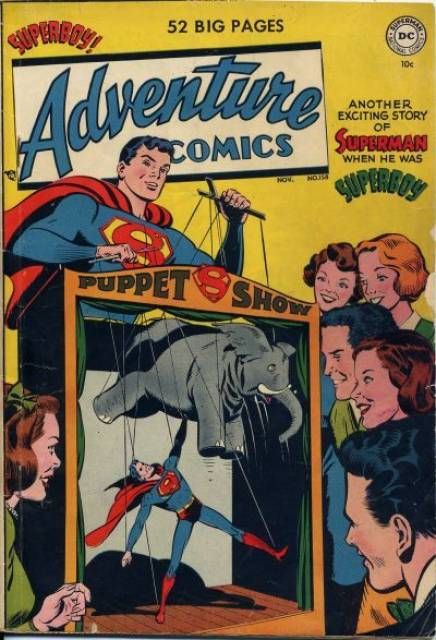 I read this one when I was a kid. It was pure Gold Key Korak: 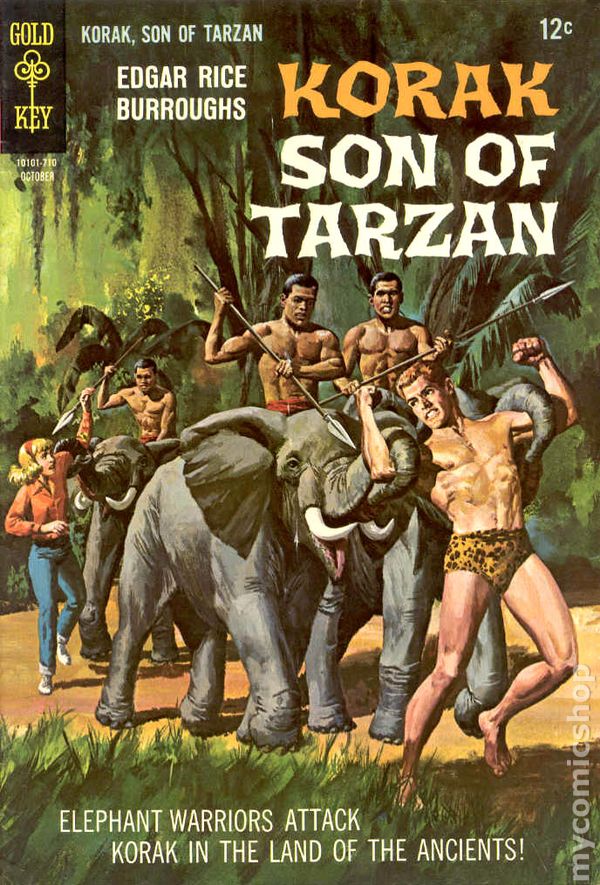 The Son of Tarzan, while riding a prehistoric bird in Pal-ul-don, rescues a young female pilot from a crash. Some "pygmies" riding pygmy elephants capture them and force them into a riff on the plot of Rider Haggard's She.

Of course, Richie has an elephant 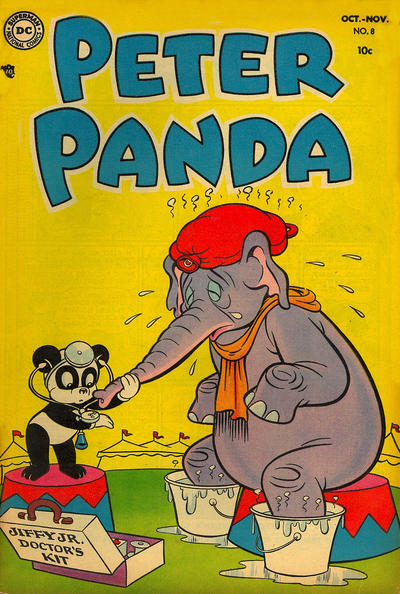 Elephants (and other animals) on spacegoing arks. 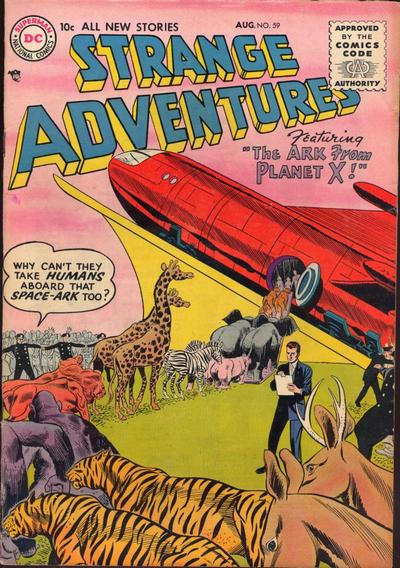 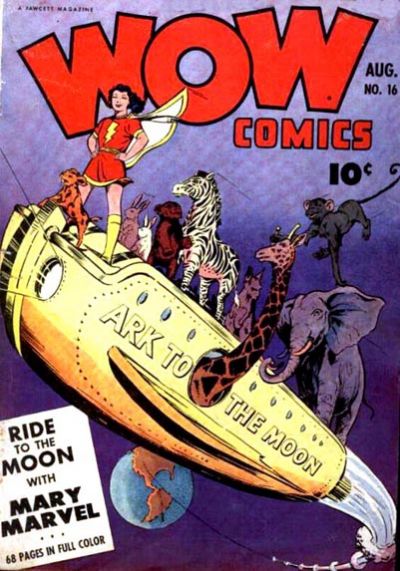 Here's the Daughter of Fred Flintstone who luckily takes after her mother! 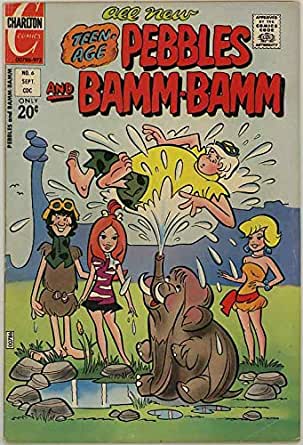 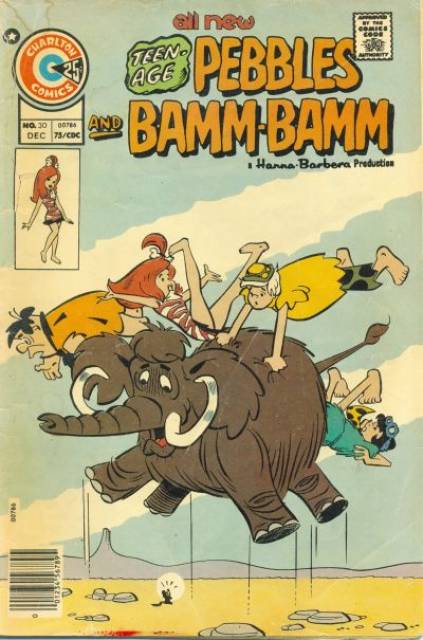 So many Jungle lords / kings / queens / boys / girls. I know there's a species called a "green monkey," but that one helping Wambi could almost be Beast Boy: 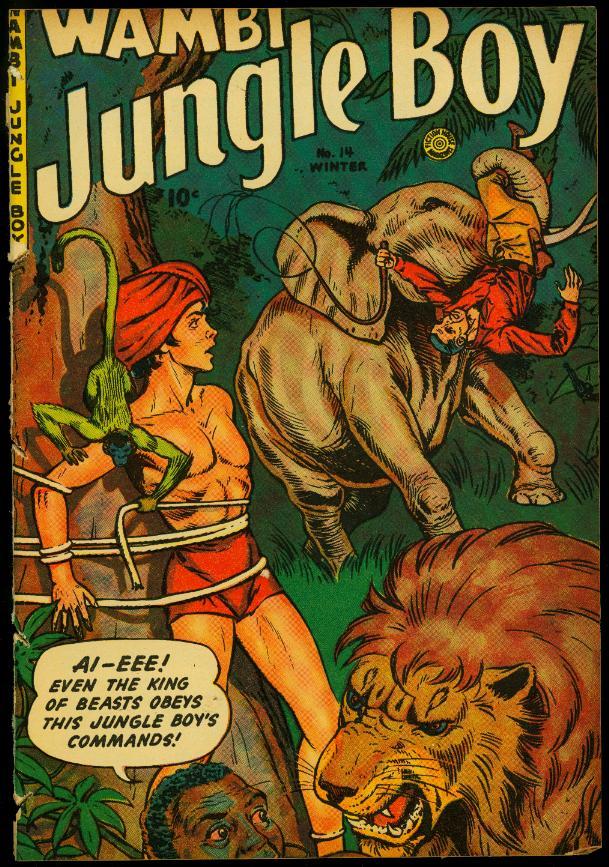 Jeff of Earth-J replied to Jeff of Earth-J's discussion Swamp Thing
""Without trying to research this, I assume that this tribe is fictional." The tribe is…"
5 hours ago

Captain Comics replied to Randy Jackson's discussion Misheard lyrics you prefer to the original
"Ahh, so that’s what it means. Danke."
6 hours ago

Richard Willis replied to Jeff of Earth-J's discussion Swamp Thing
"ISSUE #40: Menstruation. It's not a common topic for a mainstream comic book, not in the…"
6 hours ago

Jeff of Earth-J replied to Randy Jackson's discussion Misheard lyrics you prefer to the original
"That's "revved up like a deuce," ya know, as in "Little Deuce Coupe": And…"
6 hours ago

Peter Wrexham replied to Steve W's discussion A Cover a Day
"The GCD agrees with you, Clark. And I'd just like to add that, though I've been sitting…"
7 hours ago

Dennis Summers replied to John Dunbar's discussion Marvel and DC Golden, Silver, and Bronze Age collections
"I am completely looking forward to the Phantom Stranger Omnibus for all the same reasons as the…"
8 hours ago

Captain Comics replied to John Dunbar's discussion Marvel and DC Golden, Silver, and Bronze Age collections
"If I didn't say it, I definitely do want the Phantom Stranger Omnibus. I've actually got…"
9 hours ago

The Baron replied to Randy Jackson's discussion Misheard lyrics you prefer to the original
"That's what it's always sounded like to me. "
9 hours ago

Captain Comics replied to Wandering Sensei: Moderator Man's discussion What Comic Books Have You Read Today?
"I put the last six FCBD "green" titles on the FREE COMIC BOOK DAY 2022 thread, which is…"
9 hours ago