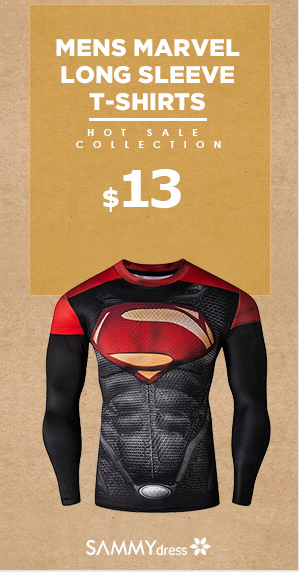 Hey, I noticed that, too! What'd you do, make a screen shot?

The body of an Easter Island statue

Not everybody. For example, I once saw a promo for an episode of Mythbusters that looked at how the Batmobile works that called Batman and Robin "Marvel Comics heroes."

So where does Mondas fit in?

We get a letter in the mail from Toyota, telling us of a recall of certain Corollas, circa 2003-2007. The problem is, humidity can turn into moisture in the housing for the front passenger-side airbag, meaning that if it deploys, it might send shrapnel through that passenger's chest.

However, the note goes on to say that they don't actually have enough parts to fix all those cars, so they're concentrating on the southeastern states where humidity is more of a problem than anywhere else. Once that region is done, they'll get to everybody else.

So what are you supposed to do if you don't live in the southeastern U.S.?

Don't let anybody sit in the front passenger seat.

Well, we finally get word that parts are available to replace the airbag in our Toyota, so we made an appointment for today at our friendly neighborhood Toyota dealership. I was told it would take about two hours.

So, I go at the appointed hour, and I'm settled in the waiting area ... and after 45 minutes, a manager tells me they don't have the parts.

He can't explain why, but they don't. Maybe they put them in somebody else's car.

So when can I get this done? I ask. Next week, he says.

But we needed it done THIS week because we're sending that car with our kid to college. So I call a dealership near where the college is and make arrangements to get it done there after the parts show up.

You just can't get good customer service any more. Not only is it irritating that they didn't have the parts, but it took them 45 minutes to figure that out?

One of the copy editors here wrote a label for the AP story we're running: "Planet Nine in Outer Space." Yes, it's an Ed Wood reference that will go over the heads of 90 percent of the audience.

Pulp Artists has a page on Alex Schomburg here. The 1961 item is interesting from a comics point of view. I don't think the cover is real. It most reminds me of Captain America Comics #13, but the GCD attributes that to Al Avison. (Thanks for the heads-up about the dysfunctional link, Richard.)

Schomburg drew the cover of and the Torch's chapter in Invaders Annual #1. My recollection is Roy Thomas described a typical Alex Schomburg cover on the text page. If my memory isn't playing tricks he mentioned Cap., the Torch and Namor attacking a castle labelled "Hitler's Berchtesgaden". That's the cover of All Select Comics #1.

Jeff of Earth-J replied to Jeff of Earth-J's discussion Swamp Thing
"ISSUE #124: Four years prior to this story, the Sunderland Corporation approached the government of…"
9 minutes ago

Jeff of Earth-J replied to Cavaliere (moderator emeritus)'s discussion What are you watching right now?
"TALES OF THE WALKING DEAD: Here's a show I would have missed had not my DVR recorded "The…"
1 hour ago

Jeff of Earth-J replied to Jeff of Earth-J's discussion Swamp Thing
"ISSUE #123: After discovering Professor Johnson's murdered body in #122, Otter flees to the…"
1 hour ago

Jeff of Earth-J replied to Jeff of Earth-J's discussion Sandman (TV)
""So it wasn't a full binge, but it left me incapable of discussing individual episodes in…"
1 hour ago

Mark Sullivan (Vertiginous Mod) replied to Jeff of Earth-J's discussion Sandman (TV)
"Sorry I didn't pitch in more, but I watched the episodes in batches. So it wasn't a full…"
1 hour ago

Peter Wrexham replied to Steve W's discussion A Cover a Day
"That moment on the Merry-go-Round when the ride comes to life."
1 hour ago

When Neil Gaiman's Sandman began in 1989, I made a conscious decision not to buy it. I wasn't…See More
2 hours ago
0 Comments 0 Likes

Jeff of Earth-J replied to The Baron's discussion Ultraman Manga, by Eiichi Shimizu & Tomohiro Shimoguchi (Mildy Spoiler-ish)
"In the episode of Ultraman Tiga I watched last night, Tiga (as Daigo, at first) time-travels to…"
3 hours ago

The Baron replied to The Baron's discussion Ultraman Manga, by Eiichi Shimizu & Tomohiro Shimoguchi (Mildy Spoiler-ish)
"Cool, I'll keep an eye out for it.  I need to re-read the last few volumes first."
3 hours ago

Jeff of Earth-J replied to Jeff of Earth-J's discussion Dark Shadows
"We watched 622 last night. I kind of envy were you are right now; things are starting to get good.…"
3 hours ago

The Baron replied to The Baron's discussion The List of Super-Hero Teams
"Also added the following: The Advocates Squad The Annihilators The Brigade Catalyst The End…"
4 hours ago