Permalink Reply by Doctor Hmmm? on April 22, 2022 at 5:19pm
The Lovely and Talented and The Lad were traveling last week. One day, The Lad texted me a picture of The Lovely holding a large cat, with the question "Should we bring her home?" I texted back "Sure."

Back when it happened, a radio newscaster headlined the story with "Kryptonite falls on Ripley, Tennessee!"

A few days had passed before it was decided what the blob actually was.

Penguicon returned to the real world after two online, and I attended as a feature guest. I managed to assemble some sort of video, and thought some of you might like to see it: 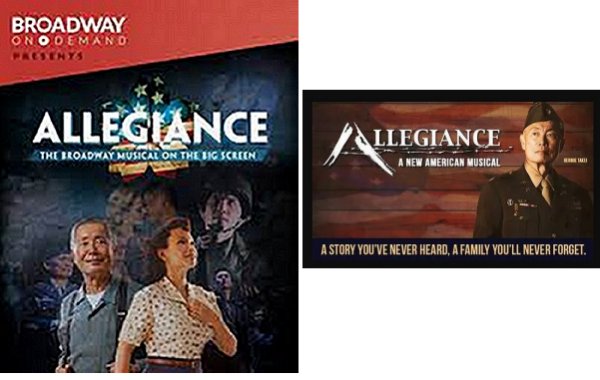 I highly recommend George Takei's Allegiance. This was filmed on stage on Broadway with the original cast. It portrays the various experiences of the people interned during World War II. I've seen it twice, once in a Fathom Events theatrical showing and once on Broadway on Demand. This home viewing is $11.95 and you will definitely get your money's worth. It is available for viewing between May 6 and July 5, 2022 . There are no charges on this website unless you rent something.

"A new musical inspired by a true story. Set during the Japanese American internment of World War II and inspired by the personal experiences of George Takei. Allegiance follows the Kimura family in the years following the attack on Pearl Harbor, as they are forced to leave their farm in Salinas, California and are sent to the Heart Mountain Relocation Center in the rural plains of Wyoming."

Name for an evangelical country band: The Jack Chick Tractors

I would not go see that band.

It would probably be similar to watching a train wreck.

Your videos are fun to watch.

Thanks. I hope the f/x don't make the Spider-man guy with the webshooter feel shortchanged. He really made his. Hilariously, it misfires in last year's video. It works this time.

Richard Willis replied to Jeff of Earth-J's discussion Tales to Astonish
"Jeff, I was in high school when all of these TTA Hulk stories were published, and I read them all.…"
5 hours ago

Jeff of Earth-J replied to The Baron's discussion Movies I Have Seen Lately
"GOLDEFINGER: Ditto."
8 hours ago

Tracy of Moon-T replied to The Baron's discussion Movies I Have Seen Lately
"As the guy who stole the plane said, "I don't like it." Well, dude, me either. …"
10 hours ago

Fred W. Hill replied to Jeff of Earth-J's discussion The Pre-Defenders
"Ah, I forgot that little detail.  Considering that when Subby & the original Human Torch…"
12 hours ago