Was that the one with the Impossible Man on the cover?

Was that the one with the Impossible Man on the cover?

Yes. He goes to the Marvel offices and tries to force those there into giving him his own comic.

Was there a similar evolution when the goofy one turned into the final Universal like one or was it sudden?

I'd guess AC Comics calls him Frightenstein because while Frankenstein is public domain, the Universal makeup isn't, and that's the version they decided to use in their Femforce.

Frankenstein's Prize Comics series ended when the title did in 1947. (After three months the title continued as Prize Comics Western.) Frankenstein initially ended with #17 in 1948. It was revived as a horror title in 1952. The new title continued the old one's numbering, so the GCD lists them together. The series didn't maintain continuity with the earlier feature. The first story featured the monster's revival and release into the modern world after a century of sleep.

So the last version was like the Universal films, which often had him found frozen in ice and revived. That was also how Marvel would get him into the modern day in their series. Makes sense since the actual book ends with him on a little boat paddling into a frozen world far up north. Haven't read it but I know there was a paperback series in the 70s about the evil Shelley monster waking up in the present. I think he became some sort of gangster.

I had a guess as to what you might be remembering (which was wrong), so I did some googling. I have three candidates.

- Don F. Glut's wrote a series called The New Adventures of Frankenstein. There are synopses of the first four books here. (The later books in the series weren't originally published in English.) In the second book the monster falls in with an organisation called OGRE which attacks beauty. This is probably it.

-There was a novel series called Frankenstein Horror Series, but most of the books were not Frankenstein novels. The cover art of one that was, The Frankenstein Wheel, suggests it was historically-set.

-Robert J. Myers wrote two sequences to the original novel, set in the 19th century. I've always been curious about these as I saw a hardback of the first one as a kid, but there's a description of them here (adult content in review) which makes them sound awful. I still like that hardback's cover. Apparently it was by Robert T. Handville. It reminds me of Bernie Wrightson's work.

The Cool French Comics website has an article here on a French Frankenstein novel series of the later 50s.

I'm pretty sure it's the OGRE one. Thanks. 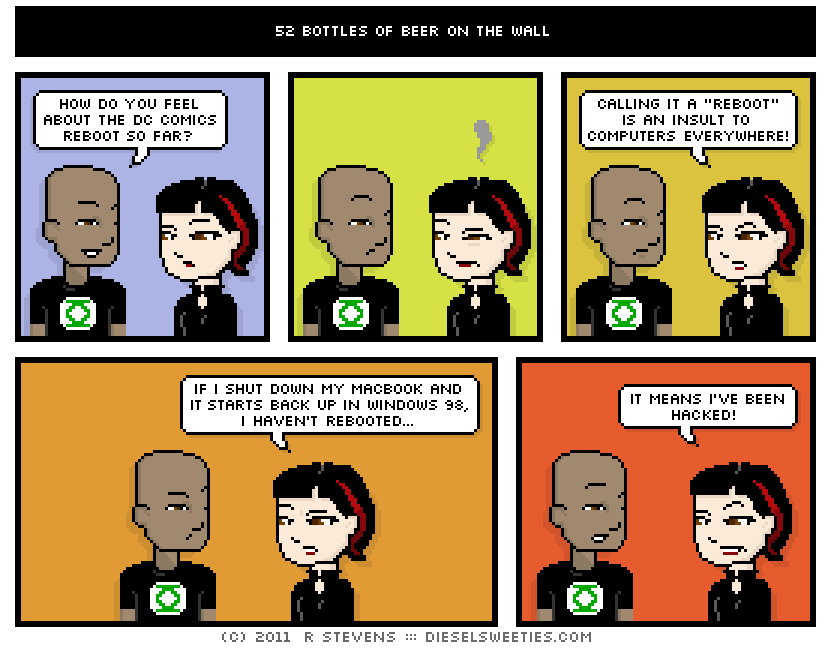 This week in "Mandrake, the Magician"

What it reminds me of: 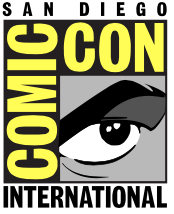 Harvey's Tomb of Terror #15 has a famous horror cover. The cover blurbs a story called "Break-Up!", which has a corresponding image, but the two don't wholly match. (Spoiler warning.) In the story eye guy is a robot, and his head doesn't melt down or explode. Cover eye guy has mechanical parts flying away from him, but he doesn't seem to be otherwise drawn as a robot. One can explain the differences by the cover and the story having been prepared by separately. Perhaps the mechanical parts were added to the cover when the story was done to better match the two.

What's more surprising, the story's splash panel also doesn't match the rest of the story. It shows a woman trying to get into a lab to talk to her scientist husband, and his robot doubles preventing her. How is it that idea was used in the splash panel, and not the story? There is a robot double in the tale, but only the one, and it never runs interference for its creator.

We FOUND the SIMPSONS!

Plus: The WALKING DEAD's Silent Killer!

The Baron replied to The Baron's discussion The List of Super-Hero Teams
"Added the Midnight Sons."
38 minutes ago

Lee Houston, Junior replied to Steve W's discussion A Cover a Day
"Another staple of any carnival or fair is the food yet, even back when I could of eaten all that…"
4 hours ago

Jeff of Earth-J replied to Steve W's discussion A Cover a Day
"Tubular, man!"
5 hours ago

The Baron replied to The Baron's discussion The List of Super-Hero Teams
"Ah, OK.  Inever thought of themas heroes, because they were always fighting the X-Men."
6 hours ago

Peter Wrexham replied to Steve W's discussion A Cover a Day
"The name of the comic may be Carousel, but the ride looks more like a roller coaster to me!"
6 hours ago

Philip Portelli replied to The Baron's discussion The List of Super-Hero Teams
"The Imperial Guard are the Shi'ar Legion of Super-Heroes clones from X-Men #107 and, more…"
6 hours ago

Philip Portelli replied to Steve W's discussion A Cover a Day
"Don't forget the sideshows! Like you'll be able to forget this one! "
6 hours ago

JD DeLuzio replied to Steve W's discussion A Cover a Day
"And the first one posted this month!"
8 hours ago

Jeff of Earth-J replied to Jeff of Earth-J's discussion Terry Moore - The SiP-verse
"PARKER GIRLS: ISSUE #1: An obviously  distraught man named Mark walks along a beach on the…"
9 hours ago