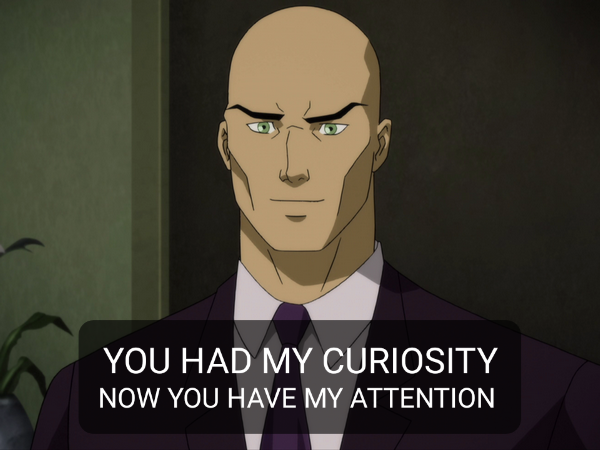 Who Was Dr. Seuss' Inspiration for the Grinch? Himself!

In what world is sweet orange and brown sugar breakfast blend a viable substitute for French roast?

Sometimes I despair for humanity.

I'm definitely going to have to look at that later.

Meanwhile, I had a weird and convoluted and impossible-to-parse dream, but it ended with me waking up with the clear image that I could recall, a final splash page of a comic clearly illustrated by Jack Kirby in some alternate reality, circa 1970:

In the center we see an anthropomorphic, human-sized brown dog, probably a beagle, arms outstretched. He floats slightly above the land, and is both emerging from and a part of the fog. He wears a preposterous costume of the sort one might see on a late 60s/early 70s Asgardian or Fourth World New God.

Foregrounded to his left, a quintessential Kirbyesque female, also dressed as some kind of funnybook metahuman goddess, turning with comic-book disregard for human posture so we can see clearly her shocked visage, to which she has raised one hand:

Foregrounded to his right is a Hulking figure. He wears pants and a strange, thin wisp of fog swirls around his muscular chest, almost as though it forms a part of his costume:

“Waal…. If this dog won’t play nice, Big Tomsby is the guy who’ll make sure he gets housebroken!”

A single slender text box at the bottom indicates that the story will pick up in the next issue, using some ominous Marvelese that I cannot recall, something like (/me accesses online random word generator):

Next: The Presence Sporulation!

Now I really want to read the rest of that story.

I doubt it would be any more bizarre than the actual Fourth World saga.

"Now I really want to read the rest of that story."

Seriously, you should read Gødland (if you haven't). PBS is showing a new version of the movie Around the World in 80 Days starring David Tennant. Today on its broadcast channels and then on its streaming service.

After a long wait, Astro City is returning with a 32-page Special titled  ASTRO CITY: THAT WAS THEN.

Jeff of Earth-J replied to Jeff of Earth-J's discussion Tales to Astonish
"ISSUE #101 - "Asgard" As Banner awakens, the moon has crested the horizon. Loki, while…"
9 minutes ago

Jeff of Earth-J replied to Jeff of Earth-J's discussion Tales to Astonish
"ISSUE #100: I recently covered this one from another angle. I wasn't all that thrilled with…"
3 hours ago

Jeff of Earth-J replied to Jeff of Earth-J's discussion Tales to Astonish
"You're not wrong. Modern continuity has it that Banner's influence is always working…"
3 hours ago

Peter Wrexham replied to Steve W's discussion A Cover a Day
"An unorthodox approach to providing blood for a transfusion."
4 hours ago

The Baron replied to The Baron's discussion Timeline of The Doctor's Adventures in the Order That the Doctor Experienced Them
"Updated through "Full Circle"."
12 hours ago

Commander Benson replied to Captain Comics's discussion Bond #4: 'Diamonds Are Forever'
"Man, the things you miss out on when you've been away for awhile! I finally took the time,…"
14 hours ago