Sep. 18, 2019 -- Alex Segura, the co-president of Archie Comics, has been telling an entirely non-comics story for many years. Starting with 2013’s Silent City, Segura related the travails of Miami P.I. Pete Fernandez through four novels.

And now with a fifth, Miami Midnight, that story might be finished. Segura says he’s wrapping up the Pete Fernandez series. Why? I asked the man himself:

“I think it was time,” Segura said in an email interview. “After five novels, I'd put him through a lot, and I really was most interested in telling the story of how a flawed, screwed-up guy could evolve into a slightly less screwed-up private eye, and that felt complete. I don't want to forever close the door on coming back, but I'm exceedingly proud of these five, and I think they tell a complete story, with a diverse, engaging cast.”

“I'd say it's more like ‘The End ...?’,” he said. “If inspiration strikes, I don't want to close the door on it. But for now, Pete's story has reached its conclusion.” 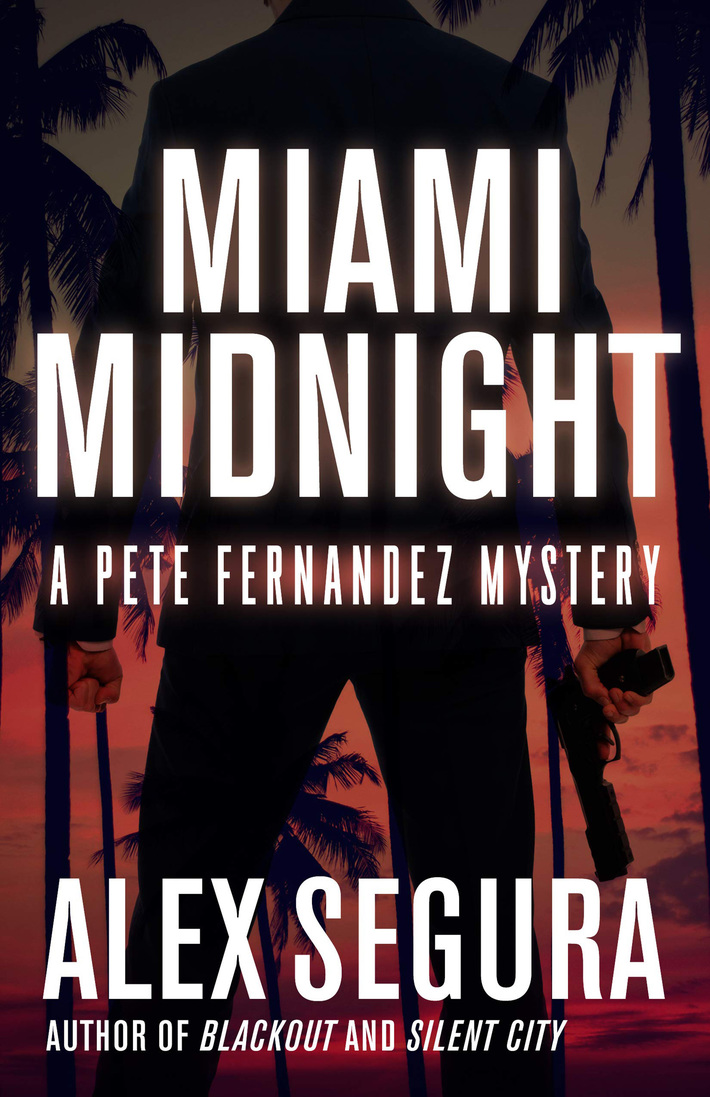 Miami Midnight is the last Pete Fernandez mystery, for now.

“When we meet Pete, he's passed out in his bedroom after another bender — and you immediately get the sense that this is standard for Pete, that he's really hit bottom,” Segura said. “His trip from that point is not linear — for every step in the right direction, he tends to stumble back a few. But overall, it's the story of a man trying to improve himself and do right by himself and his friends, while at the same time trying to use the skills he learned as a journalist to do some good for other people as a detective.

“He learns to defend himself. He learns to trust his gut. He learns how to dance between the raindrops when it comes to the law. At the same time, he also learns how to manage his own demons — addiction, insecurity, isolation. So, while being a shoot-'em up-thriller series, it's also the story of a man, his friends and how they've evolved.”

And about Segura’s own journey:

“For me, personally, it's been a wild ride, too,” he said. “I started out writing ‘Silent City’ to just see if I could! Then I figured a sequel would be nice. Before I knew it, I was starting to really care about these characters — and I wanted to spend more time with them. But just as that was happening, I realized it was time to close the curtain, even if for just a little while.

“It's crazy to think I've written five of these — and during that time switched jobs, gotten married, had two kids, and experienced a lot of different milestones and turning points. It'll be tough to sit in front of my computer and not start a book with ‘Pete Fernandez,’ I'll tell you that much.”

Some of the elements in the Fernandez stories came from Segura’s personal life, like the Miami setting – Segura’s home town. But Pete also went through some horrific personal experiences, especially his long battle with alcoholism. But that isn’t Alex’s story – although he says it’s a familiar one.

“Pete's basically like someone I knew growing up,” he said, “and I've seen that journey in many people and places. I wanted to try and be as true to that as possible, and I'm grateful to have gotten many notes from people in recovery who've felt that Pete's journey read truthfully and felt genuine. That's been a huge relief and compliment — to give voice to a struggle millions have, often in silence.” The Black Ghost is about a journalist chasing that one, big story – in this case, the story of the city of Creighton’s lone vigilante. It’s a five-issue miniseries coming from ComiXology.

Meanwhile, Segura’s “day job” as a comics professional continues apace. His next project is a ComiXology Original, a five-part series at the Amazon-owned digital comics company called The Black Ghost. It may sound familiar to Pete Fernandez fans, as it has a number of crime noir markers — but leans also in the Lois Lane direction. It stars Lara Dominguez, a journalist trying to make her bones by tracking down the elusive vigilante of the title.

"The Black Ghost is a creator-owned series I'm co-writing/co-creating with co-writer Monica Gallagher and artist George Kambadais,” Segura said. “On the surface, Pete and Lara are similar, but that's just it — surface. Lara is a mess, but in a different way. She's fallen into a deep obsession as it relates to her town’s lone vigilante, the Black Ghost. And she's willing to sacrifice anything to get to the truth — about him, and about the mysterious changes facing her city. Pete, on the other hand, was much more inclined to just spiral into the void. Is one better than the other? I dunno. They both have big hole to climb out of, and the journeys will be very different.” Meanwhile, Archie comics isn’t exactly standing still. In recent years the publisher has branched out into a variety of genres one wouldn’t expect at the publisher, which has focused on teen humor since the 1940s. In fact … well, Segura sums it up:

“I'm excited by all the work we've done, under the guidance of our Publisher/CEO Jon Goldwater,” he said. “We've created a varied, engaging line of content, that ranges from classic, all-ages Archie to more aged-up horror tales. Once upon a time, Archie was only for kids and nostalgic adults, but you'd lose a big chunk of readers when they aged up to superheroes. Those days are done. Now, Archie truly has something for everyone — whether it's an adaptation of a hit show, like Riverdale; dark, horror stories like Jughead the Hunger or Vampironica; teen romance like Archie; or magic-tinged YA adventure, like Sabrina, the Teenage Witch. I feel like it's a really vibrant time for us.”

And for Alex Segura, evidently, a man who wear many hats.