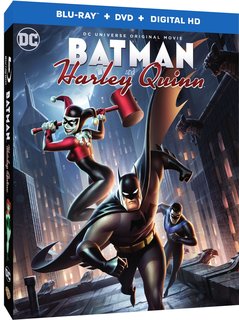 In Batman and Harley Quinn, Poison Ivy and Jason Woodrue (a.k.a. The Floronic Man) embark on an ecological quest to save the planet – and, unfortunately, eliminate most of humankind along the way. To save humanity, Batman and Nightwing are forced to enlist Harley Quinn to catch Poison Ivy, Harley’s BFF and frequent partner-in-crime. But Batman’s patience is put to the test by the unpredictable and untrustworthy Harley during the twists and turns the reluctant companions face during their bumpy road trip. The result is a thrill ride of action, adventure and comedy no Batman fan has seen before.

“In this all-new movie, we give Harley Quinn the starring role she deserves as she partners with Batman and Nightwing to save the day,” said Mary Ellen Thomas, Warner Bros. Home Entertainment Vice President, Family & Animation Marketing. “We are thrilled to showcase the latest story from the remarkable mind of Bruce Timm for all fans to enjoy.”

Batman and Harley Quinn boasts enhanced content including multiple featurettes and sneak peeks into what is next for the DC Universe.

Batman and Harley Quinn Enhanced Content
Ultra HD Blu-ray, Blu-ray Deluxe Giftset, Blu-ray and Digital
The Harley Effect (Featurette): Harley Quinn, has a deep history with the fans of the DC Universe. This featurette traces her humble roots from her creators, to those that portray her at Comic book conventions. She is a symbol of strength and beloved by many.
Loren Lester: In His Own Voice (Featurette): This documentary examines actor Loren Lester’s legacy within Batman The Animated Series, Dick Grayson’s character, and the popularity that surrounds Lester’s interpretation of the Boy Wonder.
A Sneak Peek at the next DC Universe Original Movie: A behind-the-scenes look at the next entry in the popular series of DC Universe Original Movies, featuring thoughts from the talented filmmakers and voice cast.
From the DC Vault – Batman: The Animated Series – “Harley and Ivy” and “Harley’s Holiday” 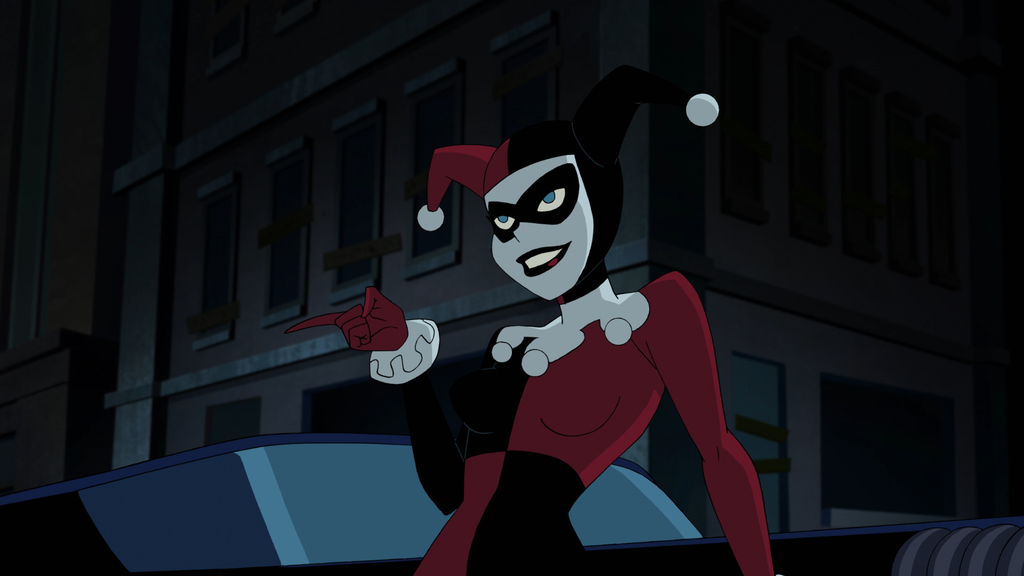 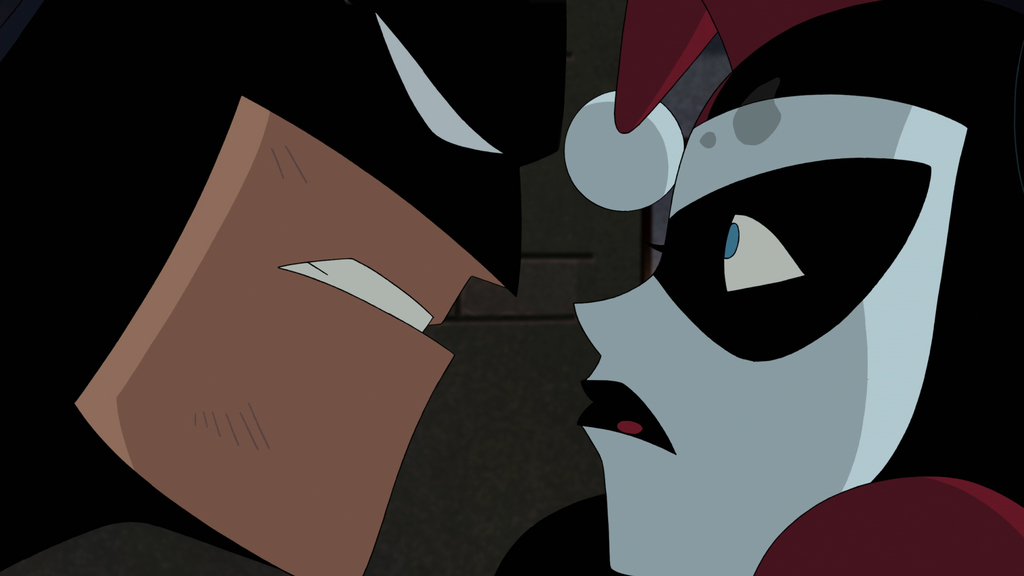 We just watched it. Reactions?

I haven't seen it yet, but I have seen the naughty bedroom scene. Does the movie cast doubt on what happened there, or is as straightforward as it appears?

When Batman shows up they are both giggling intimately. Very little doubt what happened, though Nightwing is still wearing all of his clothes. At least he's untied at that point. There was also occasional (fairly mild) bad language. It's rated PG-13 but I think it was flirting with an R. I don't know if it would be appropriate for younger kids.

I liked it OK. It sounded like it was in the vein of Batman The Animated Series, so I pre-ordered the disk instead of just renting it. If I had it to do over again I'd probably rent it.

I've never been much of a Nightwing fan. He seems like "Batman without any of the cool stuff" to me. Also: Dumb name. But he's popular, and a lot of it seems to revolve around how attractive he is. I'm a little baffled by that, since most comics buyers are males.

Is my information out of date? Or is there something else about Nightwing I just don't see?

At least he doesn't still have those itty-bitty yellow feathers that George Perez used to slather all over his outfit.

The reviews on Amazon and the DVD.com arm of Netflix so far are pretty polarized. About a third loved it and two-thirds hated it. Not much in-between.

I confess I usually just wait until DC's animated movies show up on Netflix. It will be a while until I have an opinion!

The Baron replied to Captain Comics's discussion This Week in Comics: Aug. 15-21, 2022
"I remember this cover very clearly. It's visual evidence of my thesis that archer characters…"
52 minutes ago

Jeff of Earth-J replied to Steve W's discussion A Cover a Day
"These revellers, either."
1 hour ago

The Baron replied to The Baron's discussion Movies I Have Seen Lately
"Re-watched  Rodan (1956) and War of the Gargantuas (1966),"
2 hours ago

Lee Houston, Junior replied to Steve W's discussion A Cover a Day
"Thanks Jeff on Earth J. I'll have to keep an eye out for it but how can it be…"
3 hours ago

Tracy of Moon-T replied to Jeff of Earth-J's discussion Swamp Thing
"Lady Jane was an elemental like Swamp Thing. Her tragic circumstances shaped by how women and…"
4 hours ago