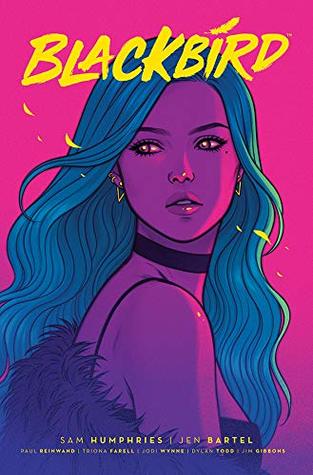 You can see that this is a Young Adult story right off the bat. Protagonist Nina Rodriguez is thirteen years old in the opening scene: she's cute, and complicated (her family calls her the "crazy baby"). Maybe not so crazy, because she feels something coming, and it turns out to be a powerful earthquake. The event concludes with a huge magical monster appearance (which turns out to be the demon of the collection's title), along with a bunch of magical beings who cause everyone to forget (except for Nina, who fakes it). She loses her cat and her mother dies, and the next thing we know it is ten years later. She is living with her sister and is still obsessed with magic. After her sister is kidnapped by the monster, she learns about magic cabals and the paragons who belong to them and wield magic using gems. Also, her mother and cat (who talks to her now) are both still alive...and all of them are paragons, along with her sister. Turns out that Nina and her family have a long, convoluted history with the cabals. Her family was trying to protect Nina from it, but she keeps pushing until she finds her way into it. Bartel's art captures all of the angst the story requires, and the magical reality that Nina sees is vividly portrayed, with a major assist from Triona Farrell's colors. The story has definite Harry Potter vibes (with the non-magical people called "normies" or "civilians"), although it is set in Los Angeles. The arc ends with Nina embracing her destiny and joining a cabal; so there's plenty of story ideas to explore. But for a much younger reader than me.