Ok, so please forgive the somewhat bad placing of this post – this book is not about comics, but it is very interesting, and given that I suspect many of you, like me, are in the their 50’s or 60’s, this book may well interest you too.

It’s called “1966 – The year The Decade Exploded” by Jon Savage and it covers exactly that.  I was only 8 in 1966, so changes in social and political structures passed me by, but I continue to be fascinated by the decade because of the many changes that it brought about in society. Who knew that so much touch-paper was ignited in 1966?

This book is broken into 12 monthly chapters, and each chapter, as well as dealing with a specific month, also deals with a specific issue relevant to that month and the year as a whole.  There is a chapter on Vietnam and the growing unrest among the young about military call-up. However the evidence that the US was split over Johnson’s decision to base troops there was clear to see; the best selling record in March 1966 was “The Ballad of the Green Berets” by Sgt Barry Sadler – an unashamedly partisan call  to ‘take up arms against a common enemy’.

There is a chapter devoted to the growing use of LSD, which up until October was still legal in the US and also in Britain. A chapter is devoted to women’s rights and the growth of feminism and a further chapter to the meteoric rise of the Tamla Motown label and the first black acts to enter the mainstream US Billboard chart.  A whole chapter is spent looking at the growth of ‘hippies’ in the San Fransisco area (this was the year that The Grateful Dead first played live). The book switches back and forth between US and Britain, highlighting new song releases and the effects on young people in both countries.  The Beatles were, of course, the number one band in the Western world at the time, but they too had their troubles with a disastrous tour of Japan and the Philippines, followed by their tour of the US in August, when they were haunted by John’s remarks, innocently made, earlier in the year, that “The Beatles were now probably bigger than Jesus”. Gigs played in the northern states went well in usual Beatlemania style, but the one gig the four lads dreaded was Memphis, right in the heart of the bible belt.  They survived to tell the tale, but the gig, together with their last gig at SF Candlestick Park was enough to convince them that they would be happier and safer spending their time in the recording studio. They never toured again after 1966.

In short, this is a brilliant book, and if you, like me, missed the 60's, but retrospectively loved it anyway, then this book is for you! 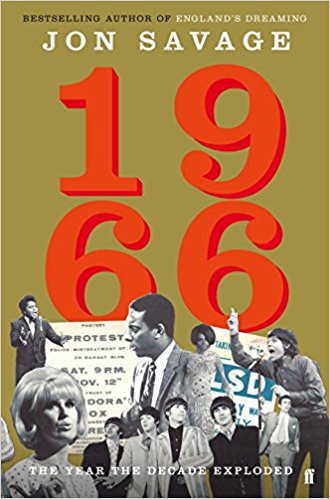 The Last Innocent Year, which covers 1964, is also very good. It looks at how trends on both the right and left began to splinter the established consensus American had been running under.

I look forward to seeing what you think of Ten Cent Plague.

You know, I should probably mention books about comics I've actually been in. (I am terrible at self-promotion.) I've had essays in:

What Is a Superhero? Edited by Robin Rosenberg & Peter Coogan

You know, I should probably mention books about comics I've actually been in. (I am terrible at self-promotion.) I've had essays in:

What Is a Superhero? Edited by Robin Rosenberg & Peter Coogan

Fraser, I finished "The Ten Cent Plague" last night and enjoyed it very much indeed. It raised a lot of questions with me, so I hope to write further about the book early next week when I have more time.

Hey, y'all, check out my new Wiki page!

I don't know what happened, as the link wouldn't pick up the (columnist) part, so it took you to the generic Andrew Smith page (there sure are a lot of you), and you weren't even listed there any more!

I couldn't get it to go directly to your page, so I put it in a hyperlink. That worked on the third try, don't ask me why. Wikipedia (and most of the Internet) remains a conundrum boarded and bagged in a mystery.

And please, fellow CapComers, this was not an invitation to do renegade editing on our Leader's new page! He has NEVER had relations with Ann-Margret, to my knowledge.

I just clicked on your link and it went directly there.

I'm a little disappointed that there's nothing new on the Ann-Margret front.

Anyway, when Working-Class Heroes with my essay gets published, I'll update it -- which is my excuse for posting the link here!

Hey, y'all, check out my new Wiki page!

Cool! I remember a long) while back that they wouldn't do one for you because you weren't thought to be consequential enough. I guess you've made it!