on Blu-ray, DVD, OnDemand and for Download today from Warner Home Video

Three-time Emmy Award winner Bryan Cranston flips to the other side of the law as the voice of Lt. James Gordon for the animated retelling of Frank Miller’s landmark comic in Batman: Year One, the next entry in the popular, ongoing series of DC Universe Animated Original Movies.

Produced by Warner Premiere, DC Entertainment and Warner Bros. Animation, the all-new, PG-13 rated Batman: Year One arrives today – October 18, 2011 – from Warner Home Video as a Blu-ray™ Combo Pack and DVD, On Demand and for Download.

Cranston earned Emmy Award nominations in three of his seven years as the lovable, goofy father on Malcolm in the Middle. It took a shift toward the dark side as chemistry teacher-turned-meth dealer Walter White in AMC’s Breaking Bad to start a record-tying run as only the second actor in history to score three consecutive Emmy wins.

As Lt. Gordon, Cranston gets to find a middle ground between his two best known roles – providing a moral center for the gritty tale of two men striving to bring their own idea of justice to an unjust world. 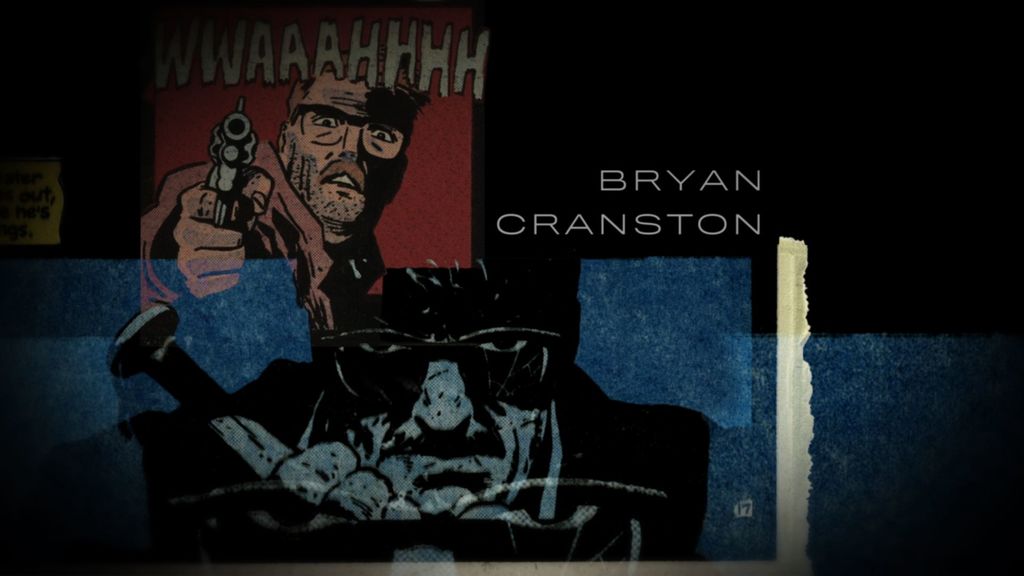 Following his initial recording session for Batman: Year One, Cranston had the chance to discuss his thoughts on initially turning down the role of Jim Gordon, his love of the inner monologue, the inward journey afforded by comic books, his chances of one-day playing a certain Edwrd Nigma opposite a live-action Dark Knight, and much more. The man has won three Emmys – he obviously has important things to say. Read on …

QUESTION: You were Warner Bros. first choice for the role of Jim Gordon, but the feeling wasn’t mutual – you initially declined. What made you change your mind?

BRYAN CRANSTON: I always talk about the writing – I’ve gotten to a point in my career where I don’t want to just take a job, I want to be part of great storytelling. I always say that I don’t care if it’s a children’s play, I’ll do it so long as it’s great writing. I’ve done some animation work and, quite frankly, I haven’t loved all of it. So when they first offered this to me, I turned it down. I didn’t want to do something that I just assumed was goofy or cartoony.

Fortunately, my representatives convinced me that I needed to give this material a fair shake – and I’m so glad they did. I had no idea that animation could have such depth and sophistication. This is adult storytelling, handled in intrinsically adult ways. It’s interesting and thoughtful and dark and nothing that I thought I’d find in an animated script.

Jim Gordon is trying to find his moral center. He keeps getting shot down. He doesn’t want to work in this hellhole of a city, hated by his fellow cops, hated by his superiors. His wife is pregnant and he’s conflicted about bringing a child into this troubled world. He’s on an island. I was really surprised – in a good way. This script was well-written, unpredictable, good storytelling. And so I happily ate my hat because I’m so glad they forced me to read it. 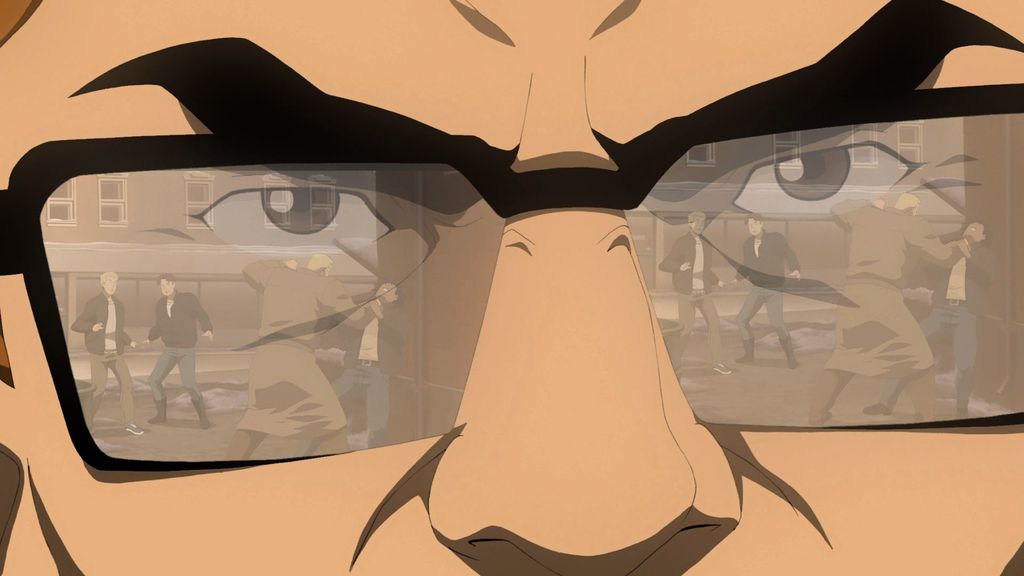 QUESTION: The name in the film's title is Batman, but this is just as much Jim Gordon's story, isn't it?

BRYAN CRANSTON: What I was first attracted to in reading Batman: Year One was that James Gordon actually is the star. That's the way I look at it, anyway. That was really unexpected, especially the way he’s portrayed. My first experience with Batman was through the comics, but the Batman television series really had an impact. So I thought, “Oh, Gordon’s an old Irishman with that big, thick over-the-top brogue.” But there was no comic book silliness – there were twists and turns, darkness and light, and truly human mistakes that I’d never anticipated. And it’s as much Jim Gordon’s story as it is a story about Batman’s origins.

QUESTION: So is this your chance to finally put that education in police work to use?

BRYAN CRANSTON: (laughs) In thinking about James Gordon, basically I used my own background. I went to college to become a police officer. There's a certain similar decorum that all police officers have – it’s a skepticism and a curiosity and a bit of cynicism, too. And what I found in reading the script was that all those elements seem to be in place for the character. So all I wanted to do is to bring out that sensibility and make him real. He has to be a real guy, someone you believe could be this police officer, in order for you to accept the plight and the dismay that he's going through, and trying to do the right thing in a city that is surrounded by corruption. 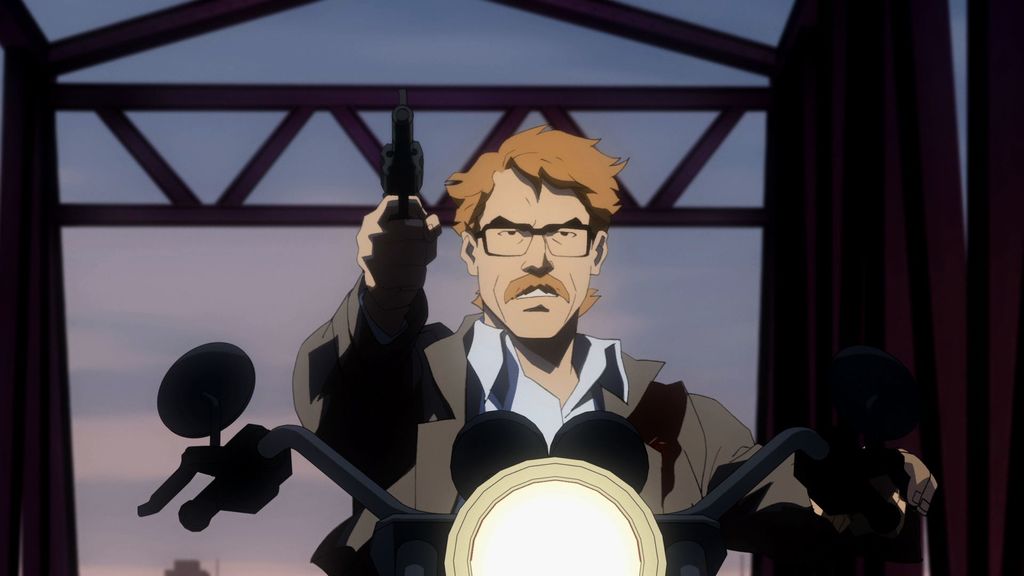 QUESTION: So all that time on Malcolm In The Middle, playing that great dad, you really were just waiting for some truly dark roles to present themselves?

BRYAN CRANSTON: Malcolm In The Middle was a great seven years. We had a great time. And I think what made that story work is that at the core you had a real family that was striving to do the right thing. And when you look at what Gordon is to Batman: Year One, he is a guy who's still striving to do the right thing. Anytime you have that, an audience will even allow you to do the wrong thing if they know that you're trying to do the right thing. So they've got you. It's like they know that, at the core, you're a good person, and that's what he is. So when an issue comes up that forces him to walk a fine line between what is right and what is wrong, and certain things pull him in one direction or the other, the audience empathizes with his struggle. That makes it interesting.

QUESTION: What makes Batman an interesting character to you?

BRYAN CRANSTON: As a character, Batman is someone who has a righteousness about him. And yet, it's not pure. He is a vigilante. He's taking matters into his own hands. So you could say that he's doing good things, but I don't know that you could say he's a good guy because of the manner that he approaches his actions. That's what always makes characters more interesting, that they walk the line of good and bad.

QUESTION: Was there any element of the script that you particularly enjoyed?

BRYAN CRANSTON: I didn’t have any particular favorite lines or scenes, but what I really appreciated about doing Lieutenant Gordon was the inner monologue. I don't remember having (a role) that had that kind of sensibility that allows the character to be honest and open, vulnerable, and let the audience then determine if they're welcome into this man's soul or not. So that was probably my favorite part – to be able to have that running inner monologue going on, which I find fascinating. 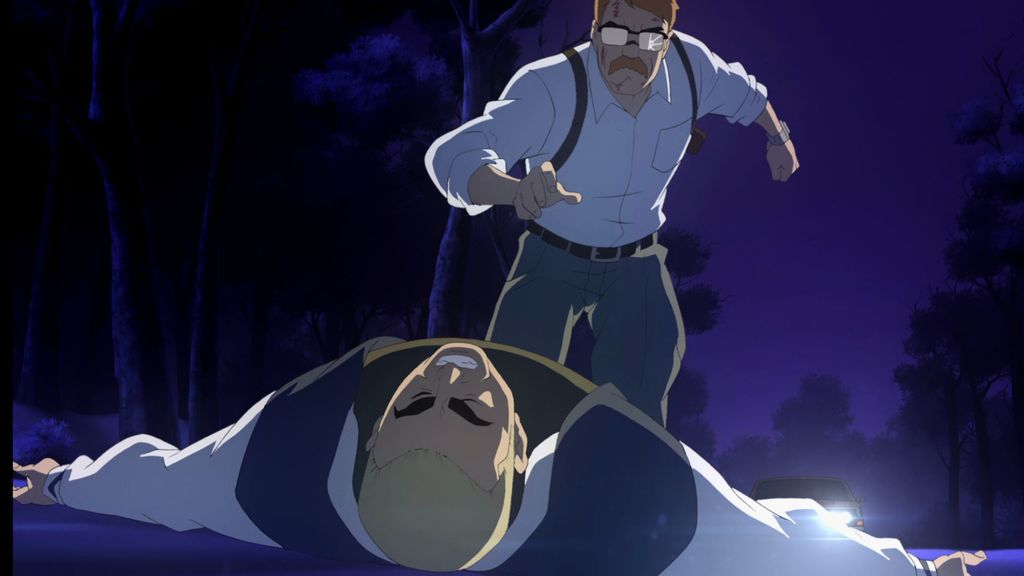 BRYAN CRANSTON: To a kid growing up in the '60s and '70s, comic books were pretty much one of the only written material that was a diversion for kids. There were three television stations, and movies were few and far between as far as access to them. So you'd get together with your friends and you'd open up comic books when you got tired of playing football in the street, or baseball or whatever. And then you'd allow your imagination to go and to wonder. And the great thing about comic books is that it allows the reader to be his or her own art director. You can see a glimpse of Gotham behind in the tall buildings and you start to imagine the heights of the building, Batman looking down. And when he swoops down, you put that all into your head and fill in the blanks. Sometimes in the comic books, it appeared to me like it was like an impressionistic painting. Where (you thought), “What's that in background? I can't quite make out what that is, but it feels real.” So you fill in the blanks, and that makes it more interesting and like you're a part of the storytelling itself.

QUESTION: Must you take a different acting approach when playing a real-life individual or a fictional icon – as opposed to a character specifically written for the page?

BRYAN CRANSTON: Yes. You approach each character with a little different idea of how and what you need to shape him. I played Buzz Aldrin in From The Earth To The Moon about the Apollo project for HBO, and that I did approach differently. This is a real person, an American hero, a worldwide hero, and he's still alive. And there's something in the back of your head that says, “I really want him to be proud of this. I want him, above all else, to be able to say that I gave an honest depiction of the sensibility of what was going on then and who I was at that time.” I think that’s, in a sense, the same when working with an iconic figure like Jim Gordon in Batman: Year One. Everybody has a pretty good idea of Gordon – who he is and how he sounds – so you can't go too far against that grain. You need to be in the ballpark. He’s an established character, but the script will give you a good idea of how far you can stretch here or there. 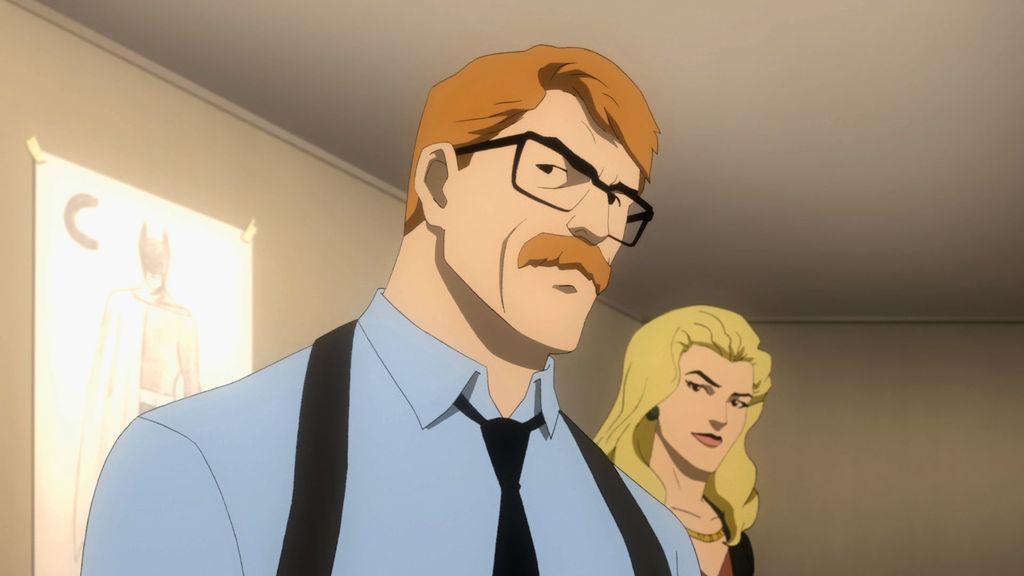 QUESTION: There are a few fan sites spreading a rumor that you're going be the The Riddler at one point or another in a live-action Batman film. Any truth in these rumors?

BRYAN CRANSTON: I would love to be able to jump into a character like that – whole hog – and play The Riddler. That would be fun. Although I haven't been lobbying for that, and there's a certain part of me that is really fatalistic about (rumors like) that. It’s like, if it's supposed to happen, then it's supposed to happen. But I can only say that I'd be interested in playing something like that and see how it turns out.