The psychic armor Xavier uses here would return in the X-Men/Micronauts mini that can't be reprinted today. It may have been a predecessor to Onslaught. 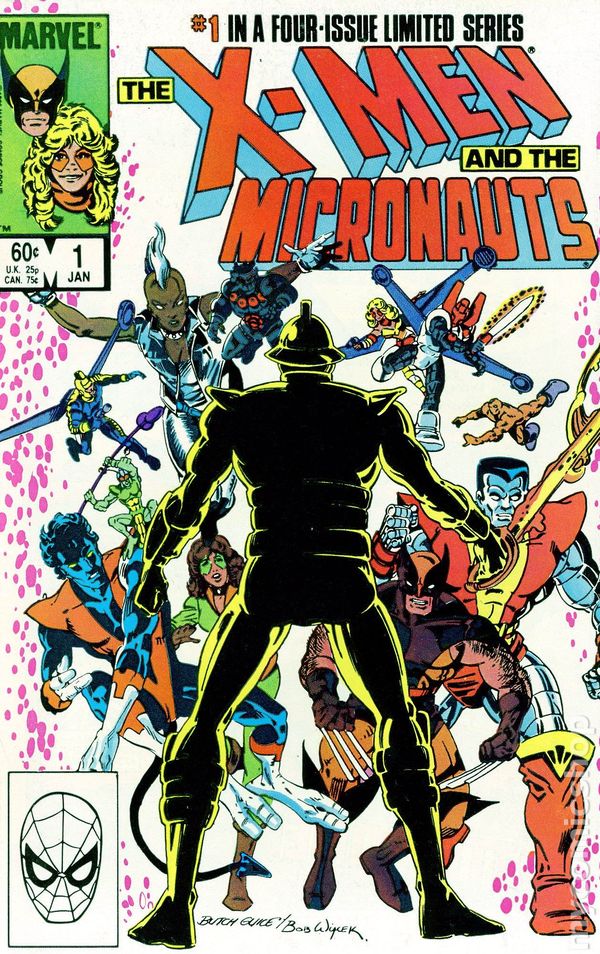 I once read that #117's psychic battle provided the idea for JoJo's Bizarre Adventure's "Stands".

There are a few differences, mainly because Stands have wills of their own and aren't always under the control of their protegées.  I wonder if there are clear statements to the effect of that inspiration.

COVER COMPARISON: The CXM cover, by Kerry Gammill, depicts the same scene as the original, but a split second later and from a different angle and with Wolverine as the central figure. Is there any question as to which is superior?

X-MEN #118: After six weeks at sea, the Jinguchi Maru puts into port at the same time as an earthquake has caused a firestorm. The X-Men’s first priority is to seek Shiro Yoshida, Sunfire. Misty Knight and Colleen Wing are also present. Wolverine, who was a “punk kid” the last time he was in Japan, slips away and meets Mariko Yoshida, Shiro’s cousin. He gives his name as “Lo—“ but is cut off by a group of Mandroids. They fight for four pages. A hologram of Moses Magnum appears and demands control of Japan in 24 hours or he will sink it.

CXM #24: There is only one new page, of Jean grey on vacation, which continues the long string a coincidences which keep the Professor X and Jean Grey from learning that the X-Men are still alive. The new pages in general add a lot of superfluous dialogue and captions, and this one is no exception. It leads directly into the back-up story, which occurs between in issues #118 and #119, in which Mastermind begins to influence Jean grey and will eventually lead to Dark Phoenix.

Wolverine's real name had previously been used by one of the leprechauns in the Juggernaut/Black Tom story.

The Sentinels/Steven Lang story has a sequence where the captured Wolverine breaks his bonds, revealing his claws are part of him. The Savage Land one has a bit where a critter bites his arm and he says he heals real fast and no beast can break his bones. Supermegamonkey notes this as the first reference to his healing factor. The bones line implies Claremont and Byrne had decided his bones are adamantium, but I don't know when that was established on-panel, or first said of his claws. Would anyone know when he was he first shown to have super-senses?

Claremont sometimes changed the dialogue in the reprints. But the examples I remember are from the reprint of #99, so he may have stopped doing that by this stage.

I thought the Classic X-Men #24 cover reminded me of something, but it might be that of Incredible Hulk #246, which isn't that similar. If it's a homage I can't place it. The positioning of the Mandroid recalls the panel where they debuted in Avengers #94.

According to the fan press, Claremont was a big Nightcrawler booster and Byrne was a big Wolverine booster, and both characters kept developing new wrinkles in their powers and background. Meanwhile, poor Colossus got no development at all.

As to the new material, the discussion here reminds me that I was really engaged early on with Classic X-Men, which taught me things I didn't know and filled in blanks in a satisfying way. But over time they became more and more superfluous, and I lost interest.

“Claremont sometimes changed the dialogue in the reprints. But the examples I remember are from the reprint of #99, so he may have stopped doing that by this stage.”

The last issue to make dialogue edits (or to add new pages) was CXM #27.

“But over time they became more and more superfluous, and I lost interest.”

They become somewhat formulaic as well. Whenever the X-Men are going into a big battle, for example, you can bet Claremont’s going to insert a page showing each X-Man’s thoughts. The first use of this I remember in real time was the “Death of Phoenix” issue.

X-MEN #119: the majority of the issue deals with the X-Men’s assault against Moses Magnum. His threat is defined (the power to create earthquakes) and his backstory revealed. The last four pages deal with ongoing sub-plots and set up new ones. Banshee has lost his powers due to injuries sustained in battle; Jean arrives in Scotland after her stay in Greece; the threat of Mutant-X is (re-)introduced.

CXM #25: The new pages are a continuity implant which reveals that Apocalypse is responsible for Magnum’s powers. They also set up a brief romance between Cyclops and Colleen Wing. The back-up features Wolverine in the “near future” between issues #121 and #122.

Wasn't there also a brief romance between Cyclops and Colleen Wing? That girl gets around.

Yes, that romance begins _very_ soon, at some point circa #122, and lasts around six months (publication time).

But I don't know that she had many love interests at all.  She had been dating one of the Sons of the Tiger a few years later, IIRC, and that is probably it.  At least until around the time of Civil War, when she and Misty Knight changed personalities without explanation or warning.

“They also set up a brief romance between Cyclops and Colleen Wing.”

“Wasn't there also a brief romance between Cyclops and Colleen Wing?”

COVER COMPARISON: One featuring the entire team with shadowy figures of Alpha Flight looking one vs. one featuring Wolverine only? Is there really any question? (It’s really becoming obvious how Marvel is capitalizing on the popularity of Wolverine.)

X-MEN #120: The Canadian Prime Minister (Pierre Trudeau) sends Alpha Flight (Vindicator, Northstar, Shaman, Snowbird, Sasquatch and Aurora) after Wolverine. Meanwhile, the X-Man are on the last leg of their journey home from the Savage Land. Wolverine reveals his name to the pretty pilot of Jeryn Hogarth’s private jet while chatting her up. A freak blizzard (conjured by Shaman, we soon learn) herds the jet to Calgary, where Vindicator (see #109) confronts them and Sasquatch hurls the plane into the side of a hangar. Storm redirects Shaman’s blizzard to cover their escape, then they split up.

Nightcrawler is soon caught by Northstar and Aurora. At the Torono-Dominion Mall, Vindicator attacks Banshee, Storm and colleen Wing, but Storm drive him away. Sasquatch gets the drop on Wolverine and subdues him. The x-Man regroup and discover Nightcrawler and Wolverine are missing. Cyclops decides to go on the offensive.

CXM #26: The new pages spotlight Vindicator’s internal conflict and Phoenix’s grief over Cyclops and her growing alienation from humanity. In the back-up feature (which occurs between #122 and 123 and is drawn by John Bolton in a cartoony style), Banshee and Wolverine discover they met once years before.