July 23, 2020 — What do you do if the pandemic has canceled your comic convention? If you’re the big dog, Comic-Con International: San Diego, you take it online.

Comic-Con@Home runs July 22-26 at an electronic device near you. Go to https://www.comic-con.org/cci/2020/athome, and there are drop-down menus for, well, just about everything you’d expect to see at Comic-Con.

An exhibit hall. Artists’ Alley. The Eisner Awards. Cosplay. Activities. A souvenir book. A masquerade. I can’t fathom how half of this works long distance, but there are instructions for each activity.

And did I mention panels? That’s a huge draw for geeks like me. And Comic-Con@Home doesn’t disappoint with — and this is not a typo — more than 350 of them.

This one I did figure out. These panels are captured on YouTube video, where I can watch them online, either as they’re happening, or later (but not too much later, as some of them will time out). Or I can set up a MySCHED, and import that into my calendar, or email it to friends and synch across all my platforms. I’m no Bill Gates, but I think I can figure this out. 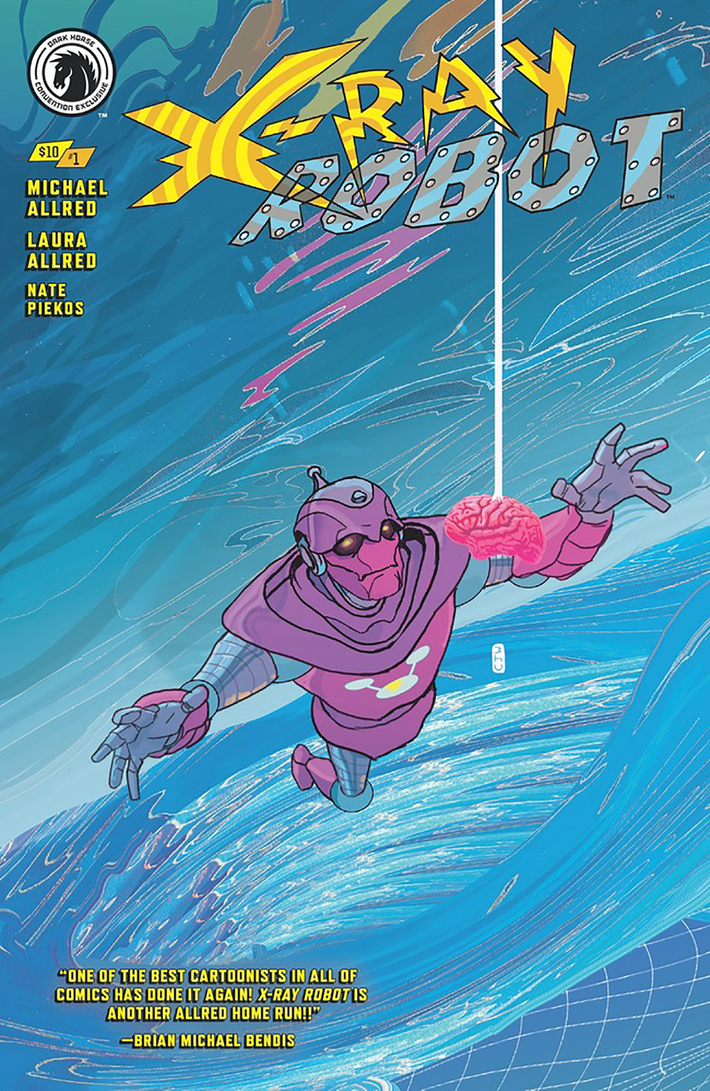 And what’s available? Well, suffice to say I’m not disappointed.

There’s a Watchmen panel on Wednesday that looks college level (“GeekEd: Watchmen and the Cruelty of Masks”), the sort of thing I like to sink my metaphorical teeth into.

Ditto “Conspiracy Theories and Propaganda Throughout Pop Culture,” which is self-explanatory. And “Comics on Campus: Fandom at Academia,” which explores teaching classes on graphic novels — unthinkable when I was in college, but now a reliable part of most curricula.

That’s just June 22. On June 23, what jumped out at me was “Star Trek Universe Virtual Panel,” which features the stars of the three current Star Trek shows. For example, the cast of Star Trek: Discovery does a table read (including Sonequa Martin-Green and Ethan Peck). The voice actors of Star Trek: Lower Decks appear, so we’ll get to see what they look like. Also, the cast of Picard comes together to discuss the first season, and where the show goes from there (including Patrick Stewart and Jeri Ryan).

And that’s just one of several Star Trek panels! But if it’s more stars you want, check  out "His Dark Materials Virtual Panel and Q&A Session” (with Dafne Keen, Lin-Manuel Miranda and the whole cast). Or “The New Mutants,” the movie that can’t catch a break (with Anya Taylor-Joy, Maisie Williams, et al). Or “The Boys Season 2” (Karl Urban, Seth Rogan and the whole Hee-Haw gang). Or “Van Helsing Season 4 — Comic-Con@Home Panel Discussion” (with Kelly Overton, Tricia Helfer, etc.).

Then comes June 25, and I’m already exhausted. I need some quiet, thoughtful, educational panels. Good things there’s “Warner Archive's Secret Origins of Saturday Morning Cartoons.” I’ve always kinda wondered about that.  Then there’s “Eye of Newt and Wool of Bat: the science behind magic potions and spells”—might learn useful something there. 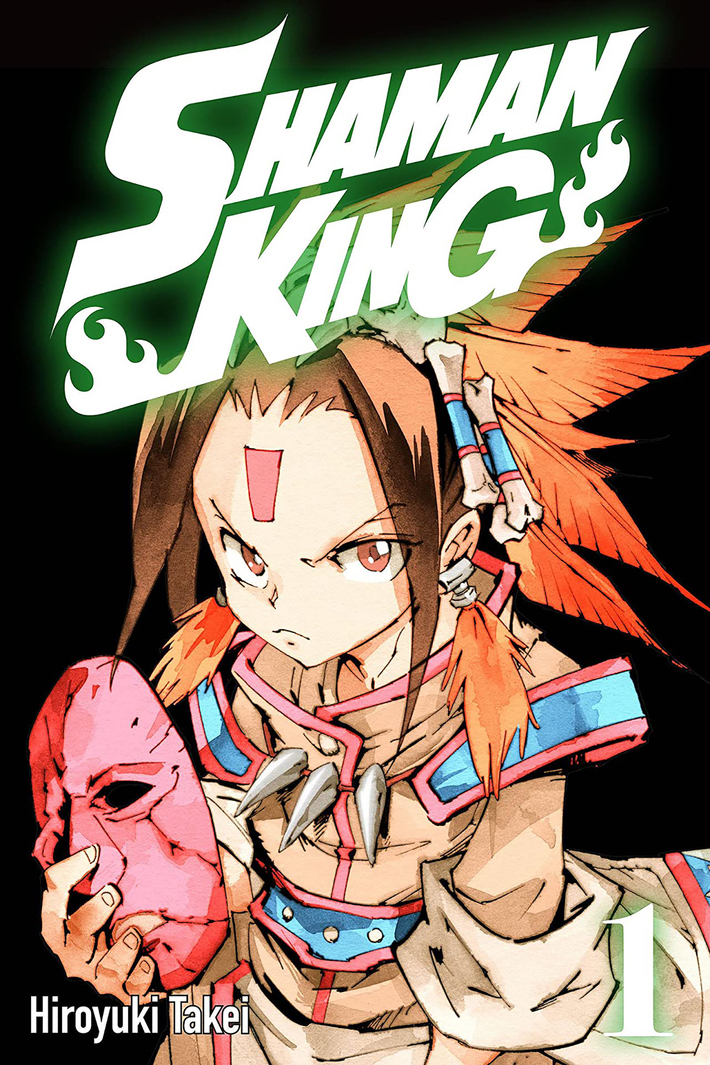 Kodansha is bringing the celebrated manga Shaman King back to print in the U.S., and will host a panel about the series at Comic-Con@Home on July 23. (Cover art by Hiroyuki Takei, courtesy Kodansha)

And that kicks off the cavalcade of stars again, with the cast of Apple+’s The Right Stuff and For All Mankind series, Guillermo del Toro, Jody Houser on the “Doctor Who” panel, “Agents of S.H.I.E.L.D.” actors and showrunners, The Order, Lovecraft Country, Wynonna Earp, NOS4A2, Kevin Smith and more animated shows than  you can shake an American Dad at.

June 26 is an eclectic collection of panels, from YA novels to over-30 cosplay, from “Jack Kirby 101” to a conversation with Nathan Fillion. I’m not sure I’ll have the strength to pull through this fifth day, but … yeah, OK, I’ll be there.

And I’ve only listed the stuff I thought would have broad appeal. I could be completely wrong about those choices.

For example, there are tons of panels about diversity in comics — not just stories about women, minorities, LGBTQ+ and the like, but how to break in as a non-white-cis-gender-male, how to approach diversity stories from academic viewpoints, how to publish same, how to encourage same, how to write same, and more. Frankly, these “minority” voices seem to be the majority today, and that’s leading to all kinds of interesting places.

Animation, gaming and manga are huge at the Con, as well. When I cut my geek teeth, those were niche interests in the U.S. But SF/fantasy animation is all over Peak TV; manga outfits like Viz, Tokyopop and Yen Press often release more titles than Marvel or DC on a given week; and gamers now range in age from elementary school to D&D vets in their 50s and 60s. That’s not “niche” any more, and the SDCC panels reflect that.

Yep, both Marvel and DC movies are sitting out this year’s Con.

Which is odd, don’t you think? It’s not like they don’t have anything to talk about. Black Widow and Wonder Woman 1984 are both in the bag, just awaiting a COVID-free window to release to theaters. DC is exploding on TV, not just The CW (Stargirl, the retooled Batwoman) but also DC Universe (Doom Patrol, Titans) and HBO Max (Green Lantern). And Marvel has a lot to brag about on the small screen too, with recent reports indicating both Falcon and Winter Soldier and WandaVision are still on track for a 2020 release.

Although, I should note that the DC Extended Universe does, in fact, have something on offer this weekend. In fact, they have their own mini-Con, running July 25-26.

The “Justice Con” is a weekend-long celebration of the Zack Snyder cut of Justice League. It’s not exactly a star-stuffed affair — I didn’t recognize a single name on the schedule, except that there were a whole lot of people with the surname “Snyder.” And the schedule was released on Twitter:

As promised, here it is everyone! The #JusticeCon schedule! See you all at 25th and 26th of July! #JC2020 #ReleaseTheSnyderCut pic.twitter.com/052fdDaeHa