Here are Captain Comics' suggestions for this week. For more information on these and other titles,  continue to the "This Week's Comics" section below.

CONAN/RED SONJA #1 ($3.99, Dark Horse): These two iconic characters have met before, but not when Gail SImone was writing the titian-haired tigress. I expect both characters will get their due, which means a big adventure.

HENSHIN ($19.99, Image Comics): Henshin means "transformation" in Japanese, and this collection of short stories by acclaimed artist Ken Nimura gives us a lot of that! 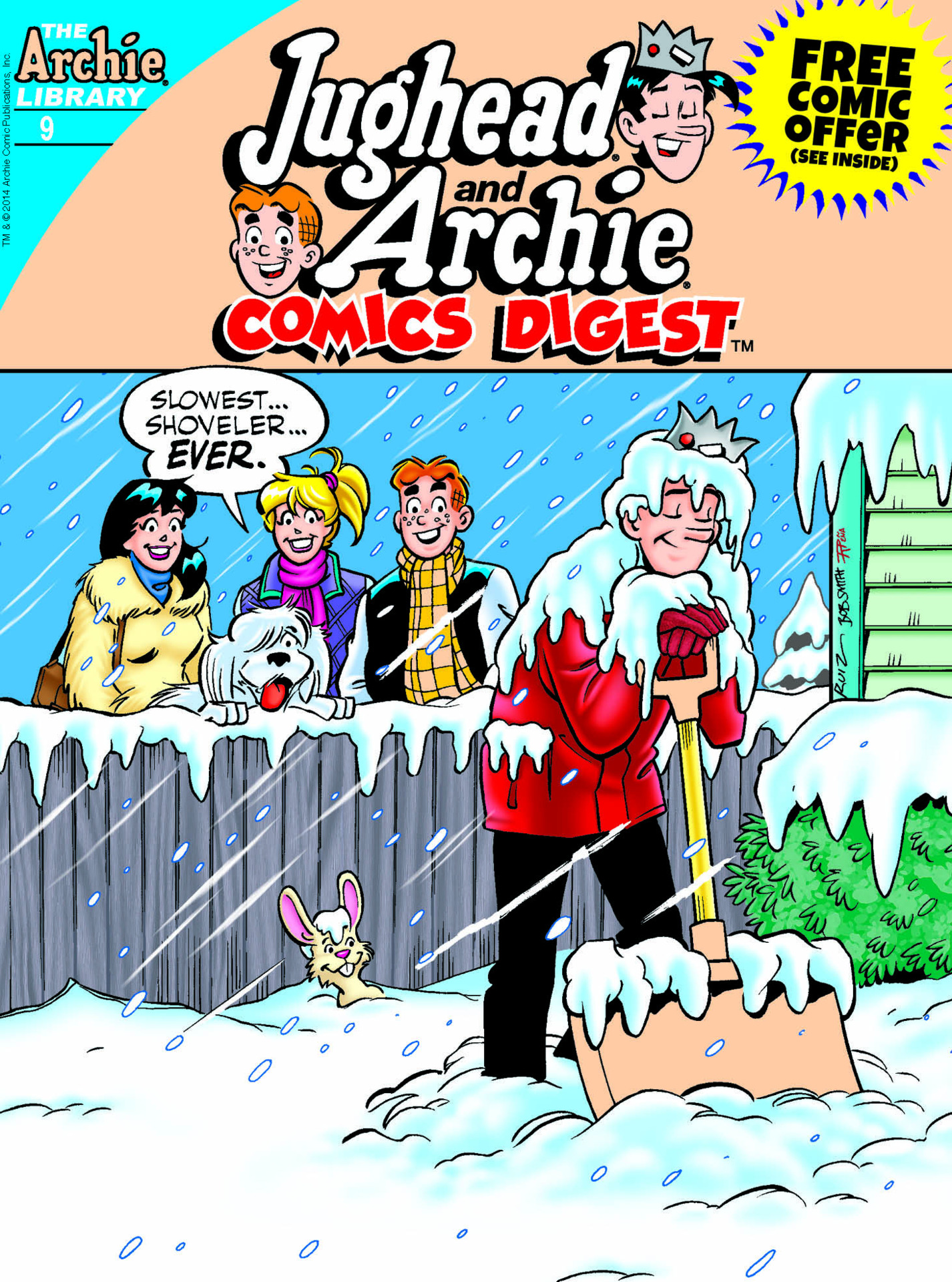 Cupid headquarters have just received a message that a girl in Riverdale wishes to be kissed. The girl: Ethel. The hopeful kisser: Jughead. The cupids know better than to try and strike the female-hater himself, but a wish is still a wish. This looks like a job for a woman! Can “Queenie,” the new female cupid successfully grant Ethel’s wish? Or will Jughead resist the feminine wiles once more? Find out in “Mission Most Improbable,” this fun, new lead story! 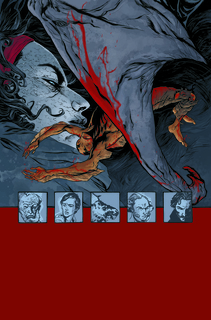 In a strangely tranquil town on the Texas Gulf Coast, Abe has found a little peace. That peace is threatened by Abe’s hunch that there’s a connection between this town and a deadly threat he faced not too long ago . . .

“You’d be a fool to miss out on Abe Sapien: Fine comics indeed.” -- Bloody Disgusting

“Abe Sapien is another strong monthly dose of horror, and now’s a great time to find out for yourself.” -- Comic Book Resources 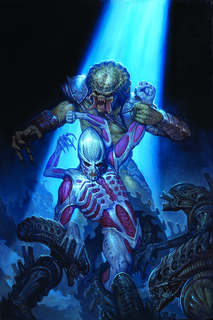 As a desperate scientist’s violent evolution reaches its deadly apex, an alien-and-predator battle royale erupts in the bowels of the doomed Geryon armada! Now, on a ship of killers -- there can be only one survivor ... 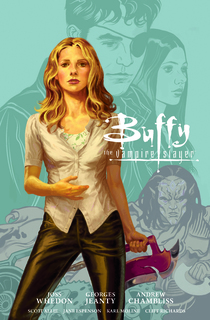 The world has lost its connection to magic, and a new breed of vampires has been born -- zompires! Still, there’s more trouble for Buffy the Vampire Slayer: a magic siphon is loose, student loans have to be paid, Willow goes walkabout and Buffy finds herself pregnant while coming to terms with her relationship with Spike. Collects Buffy Season 9 Volume 1 and Volume 2. 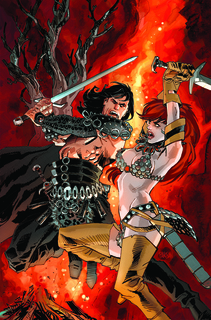 Gail Simone teams with Jim Zub to bring together legendary warriors in this truly epic crossover!

In a story spanning multiple eras in the lives of these classic characters, Conan and Red Sonja become comrades to take down a sorcerer-priest hell bent on creating a dark new age in Hyborian warfare! 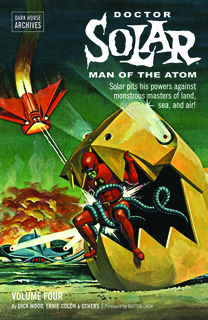 • Classic adventures by Ernie Colón, Dick Wood and others!

Don Glut, who created Dr. Spektor and was writing the bulk of the Gold Key adventure comics toward the end, says the publisher's editors were four-square against establishing a "Gold Key universe." Despite all evidence to the contrary -- such as Marvel's success -- Gold Key management held to the 1950s view that comics were bought by kids who wanted simple, done-in-one issues, and that readership turned over every three years or so. The Solar cameo in Dr. Spektor included in this book was just about the only time Gold Key heroes teamed up in the '70s, outside of the comics I drew as a kid! 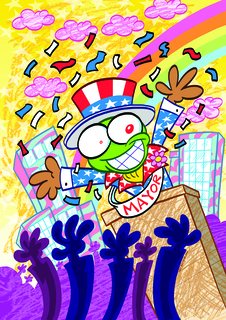 After the fiasco in the zoo, the mayor tries on the Mask! Now as Mayor Mask paints the town green, the once-quiet burg suddenly becomes the most exciting and crazy place on the planet! Find out how it feels to have the Mask running things! Fun! Crazy! And a little scary!

“The art is fantastic, which is pretty much what you’d expect from Art Baltazar.” -- Comic Book Resources 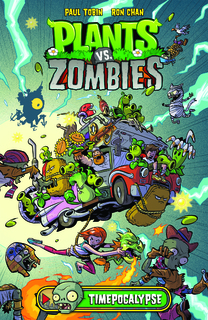 A “fun-dead” adventure through time!

Crazy Dave -- the babbling-yet-brilliant inventor and top-notch neighborhood defender—helps his niece, Patrice, and young adventurer Nate Timely fend off Zomboss’s latest attack in Plants vs. Zombies: Timepocalypse! This new, standalone tale will tickle your funny bones and thrill ... your brains! Collects the Plants vs. Zombies: Timepocalypse digital comics into one hardcover!

• Tobin and Chan take us on another original PvZ adventure. 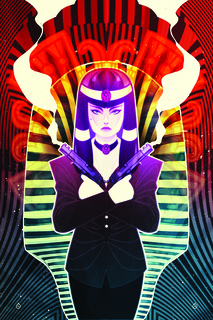 The Maker must be unlocked ... In order for Jericho Way to call upon the memories and abilities of his past lives, one of his fellow Resurrectionists must kill him. Kinda. Almost. As long as he doesn’t permanently die in the process. Once he’s near-death experienced, he can use the knowledge he’s gathered over millennia of lifetimes. But with that knowledge comes grave danger -- the Sojourn Corporation is now hot on his heels! Passions run high when a beautiful woman wanders out of an abandoned subway tunnel.  With no memory of who she is or how she got there, Veil must figure out who to trust and what she is -- an object of desire or a force to be reckoned with -- as her past is revealed. Collects Veil #1-5.

“This is one mystery that is not to be missed.” -- IGN 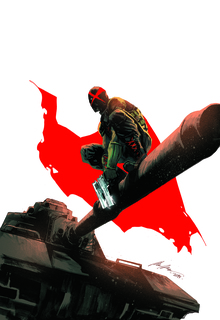 The last time the Archon showed up in Arcadia, it was to deliver the beating of X’s life. X vowed that if the Archon ever showed his face in his city again, it would be for the last time. So when an enigmatic masked man arrives in town sniffing around for information on the Archon, he gains X’s full attention, whether he wants it or not!

Conan and Red Sonja live through multiple eras? Is this a time travel/reincarnation story?

Fables: The Wolf Among Us 1

Jupiter's Legacy 5- will it be worth the wait?

and maybe SHIELD 2 and Wolverines 2

Why has Marvel started new series when they know they're just going to cancel them in a couple of months? What was even the point of Spider-Verse when they're getting rid of those realities anyway? And why get rid of realities you haven't mentioned in years in the first place?

Didn't Don Glut establish that Dr. Spektor was directly descended from Tragg (of Tragg And the Sky Gods) and Dagar the Invincible? I think there were also hints of a connection with Magnus Robot Fighter and/or Mighty Samson. Amazing a publisher wouldn't want his comics connected. Fiction House did pretty much the same thing.

Why has Marvel started new series when they know they're just going to cancel them in a couple of months? What was even the point of Spider-Verse when they're getting rid of those realities anyway? And why get rid of realities you haven't mentioned in years in the first place?

Because they want to tell those stories, and sell them to people who will enjoy the experience of reading them. The people I know who are reading Spider-Verse are loving it.

Will Spider-Verse even have happened a few months from now? Seems like they've rushed it out just before it gets erased.

Marvel is saying that all the stories that happened before Secret Wars will still have happened. Maybe they're lying, maybe they're not. There's no such thing as "Spider-Man," so "happened" is an imaginary construct regardless.

Marvel also says its new series were started with Secret Wars in mind -- they won't simply be discontinued but will instead contribute to the launch of NuMarvel or whatever they're going to call it.