Cuts at DC Comics, DC Universe and DC Direct were expected — but the size of them is a surprise

Aug. 13, 2020 — There’s a lot of sorrow in Batman’s Gotham City. This week it may be worse in the real-life city of Burbank, California, home of DC Comics.

On Monday, Aug. 10, WarnerMedia announced layoffs of enormous proportions for most of its various arms and companies. Among those hardest hit were DC Comics; DC Universe, the streaming service; and  DC Direct, the in-house manufacturer of DC-related merchandise and collectibles.

How bad it it?

At DC Universe, most of the streamer’s employees have been pink-slipped.

While the size of the bloodbath was unexpected, that it was coming was not. There had been signs and portents. 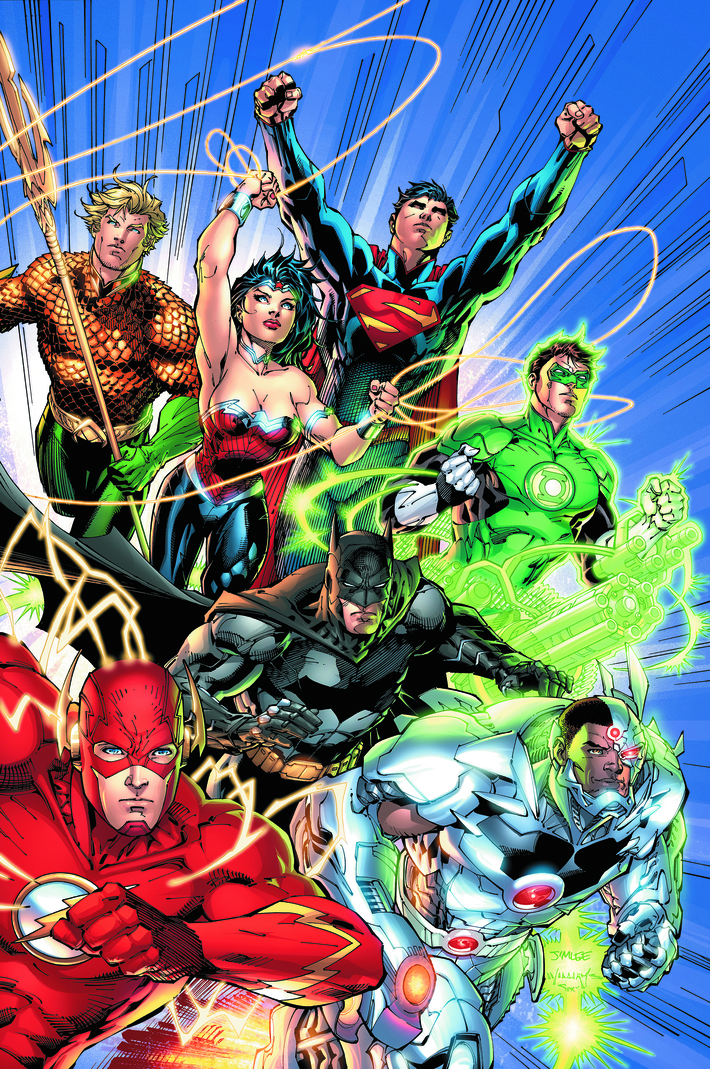 When AT&T bought WarnerMedia in 2018, speculation began immediately as to what areas the communications giant would downsize, trim or combine — and DC Comics was on the tip of the rumor mill’s tongue. Would it be sold? Would the IP be leased to another publisher? Would it go completely digital?

None of that  happened, but DC did do something dramatic and unexpected: In June it ended its contract with Diamond Comic Distributors Inc. and began distributing through two comic shops with large mail-order businesses. Inexplicable at the time, it seems likely now that this was the first step on the road to self-distribution.

And, of course, those other possibilities are still on the table. With a third of its staff gone, DC’s output and market share will inevitably contract. It’s as if, you know, AT&T just doesn’t care what happens to its comic  book arm.

Also, when WarnerMedia launched HBO Max, the immediate assumption was that somehow or other the company’s other streaming service, DC Universe, would be killed or merged. After all,  HBO Max had more general appeal than the fan-oriented DC Universe, with its huge library of DC-related comics, movies, TV shows and cartoons.  The service also aired original TV shows, both live and animated, as well as a news show titled DC Daily.

But DC Daily was recently canceled. And according to comicbook.com. “DC Universe quietly ended its subscription package to users” in July. Meanwhile, DC Universe’s fare has been finding new homes elsewhere: Stargirl and Swamp Thing are available on The CW, while Doom Patrol and Harley Quinn are  migrating to HBO Max. That just leaves Titans and the animated Young Justice, and no one will be surprised if they move as well.

The online reaction was immediate and mournful.

“So sad,” tweeted legendary writer Neil Gaiman. “I started working with @DCComics 33 years ago. Seeing so many staff fired hurts.”

“No one works in comics who doesn’t do it for love of comics,” tweeted “Batman” and “Justice League” writer Scott Snyder. “Only compassion and love for friends and creative partners at DC tonight. Hoping everyone sees far better days in far better years.”

"I’ve been fortunate enough to work in almost every corner of the entertainment biz," wrote Marvel's Joe Quesada on Facebook, "but there’s nothing like the world of comics and the people who work within it. It’s a community that goes beyond borders, divides, and corporate brands because we all share a mutual love for the art form, stories, and the characters that spring out of it.

"That's why my heart goes out to all our brethren at DC who lost their jobs yesterday. Like all great heroes, I know you'll be back to fly again.

"Many universes, one family," he concluded.

One of the DC Universe original shows, Stargirl, was available on The CW for its first season, and will move to that network exclusively for its second.  (© 2020 The CW Network, LLC. All Rights Reserved)

Longtime writer Gail Simone tried to find a positive approach: “Okay, let's have some #DCLove. Name your four favorite DCU comics, not Vertigo or other imprints, just straight DCU titles.  Any run, any era.” She immediately had a number of takers.

Oddly, this sort of catastrophe is not unknown in the comics biz. A number of fans drew an immediate comparisons to the “DC Implosion” of 42 years ago.

In 1978, DC Comics announced the “DC Explosion,” a marketing initiative wherein the number of titles would greatly expand, and the number of pages per title would increase as well (along with the price). But as luck would have it, a number of factors — blizzards in New York in 1977 and ’78, rising paper prices, oil shocks, “stagflation,” recession, etc. — resulted in poor sales for the publisher in 1978. As a result, DC’s corporate master, Warner Communications, ordered a severe cutback.

The result was the sudden cancellation of 26 titles, with more to follow. Fans immediately began calling the event “the DC Implosion.”

But DC isn’t the only publisher to suffer sudden contractions. A host of publishers in the mid-1950s — staggered by the twin blows of the Comics Code and television — went out of business or dropped their comic book lines. And in 1995, Marvel Comics contracted sharply when a distribution scheme went awry and the company was facing bankruptcy.

But of all disasters that have befallen a comics company, this one may have the worst timing. Because on Aug. 22, the publisher is running a 24-hour online convention celebrating all things DC. Called “FanDome,” it’s touted on DC’s website as a “first-of-its-kind, immersive global fan experience in nine languages, featuring exclusive reveals with our biggest stars across the DC Multiverse.”

So if you care about DC Comics movies, TV shows, comic books and collectibles, log on to DCFanDome.com on Aug. 22. And let’s hope it’s still a party, and not a funeral.

I fear that the time of the specialty comics store may be at its twilight, particularly if social distancing becomes a significant part of our lives for some time into the next year.

Digital publishing is indeed way, way cheaper than physical, and has IMO every chance of becoming the main venue in a very short time.  Again, the pandemic is certainly a further spur, but it may have been coming anyway.

I expect physical publishing to endure, but greatly diminished and changed.  DC is likely to curb most of its physical monthlies and keep only the most recognizable ones - Batman and perhaps a couple of companion books, Superman, Wonder Woman, Justice League.  It will be difficult to convince Warner and AT&T that any more are needed.

Anything even slightly less mainstream may well end up being published mainly in other media (we do not have a monthly Doom Patrol book at present, do we?) and/or in graphic novels, hardcover compilations, or even prose novels.

On the bright side, if digital becomes the main distribution form for DC comics we may easily end up with a significantly wider portfolio of new material, with DC encouraging more and perhaps bolder and more varied material to be published under its banner to test the marketing potential of new ideas at a reduced cost.  Some form of careful targeting may become the norm, and instead of having perhaps three hundred thousand people with an eye towards new (physical) releases we may end up with a few million subscribers of digital comics platforms that lend a page from Netflix and other streaming services by offering well curated suggestions and samples of titles that might fit our individual preferences.

That would change the business model significantly and the reading habits even more.  Odds are that it would also make many more comics and creators commercially viable, although not too many would make the jump to become well known outside the niche.  Continuity would become significantly looser and less significant, although I think that in this case the ship has long ago sailed already.

A likely and positive consequence is that so-called controversies about how woke and how SJW comics are or should be would lose some of their traction due to the targeting process.

Luis, I hope that the AT&T and Warner executives see these potentials.

So I wanted to check out DC Fandome today, during this rather challenging time for your beleaguered but sometimes-beloved company. I made an account. I made a schedule. I checked in yesterday to see that my account was working. All systems were go.

Today, there is no sign of the log-in feature. The "search" and "help" function return a "Bad Gateway" 50% of the time. When I get through to Help, I find many questions/answers related to how I might do things once I am in my account. No information on how I might access my account, although the graphics indicate a log-in that doesn't appear to be available right now. I found it yesterday, and I assume in any case that you know that when you have an interactive website, if the login feature doesn't bite the user in the butt, you have failed in your design.

Can I assume the cutbacks have affected your IT department, as well?

Anyone else experiencing frustrations of this nature?

I had some trouble finding the live site! You would think the links in the Schedule page would take you there, but they didn't. That struck me as really stupid. But I did catch the Sandman Universe panel during the evening re-broadcast. No great revelations, but it was fun.

Jeff of Earth-J replied to Jeff of Earth-J's discussion All in Color for a Dime
"I can't say about that, but Thomas is on record about borrowing certain aspects of…"
39 minutes ago

MethodEng replied to Steve W's discussion A Cover a Day
"I'm almost certain I've posted this one before under a different context, and I probably…"
52 minutes ago

doc photo replied to Jeff of Earth-J's discussion All in Color for a Dime
"I am a day behind on my reading. Regarding Roy's essay - he mentions a Fawcett character…"
1 hour ago

ClarkKent_DC replied to Steve W's discussion A Cover a Day
"The hallmark of George Pérez is that he always went the extra mile, especially when he…"
1 hour ago

Jeff of Earth-J replied to Jeff of Earth-J's discussion All in Color for a Dime
"For the ads. 10. "The Second Banana Heroes" by Ron Goulart As with Roy Thomas's…"
2 hours ago

Jeff of Earth-J replied to Jeff of Earth-J's discussion Swamp Thing
"ISSUE #76: (The title means "Adoration of the Earth.") The issue opens with the Phantom…"
2 hours ago

Peter Wrexham replied to Steve W's discussion A Cover a Day
"Steve:  Here's the new information to update the top-of-discussion index.  Link to…"
3 hours ago

Peter Wrexham replied to Steve W's discussion A Cover a Day
"Here's the traditional image of Batman with his parents... ...and an unusually different take…"
3 hours ago

Jeff of Earth-J replied to The Baron's discussion Movies I Have Seen Lately
"THE DISAPPEARANCE OF FLIGHT 412 (1974): "A flight wing of the Air force has been experiencing…"
4 hours ago

Jeff of Earth-J replied to Steve W's discussion A Cover a Day
"Batman's father, pre- and post-Crisis."
4 hours ago