Permalink Reply by The Baron on August 3, 2010 at 7:44pm
"My name is Victoria Winters. You killed my father. Prepare to die."

2) I would have been just a few days shy of my third birthday when this was first aired.

8) "That's it, lady, I'm going to do a flashback to get away from your yammering."

10) "Holy crap! I did a whole flashback and she's still yammering!"

11) I'm guessing that Glint stoneface here is another plot complication.

Permalink Reply by Doctor Hmmm? on August 10, 2010 at 8:39pm
13) I'm also guessing that Glint has a grudge against half of Collinsport.

2)The women's hair-styles all make me think of Star Trek.

8)"Tea isn't the answer to everything, Mother!"

10)Roger's both femmy and creepy. He sounds like a cross between Roddy
McDowall and Daws Butler.

11)Uncle Femmycreepy is not so happy that Glint is in town.

12)Wow, you suck at the piano, Mrs. Stoddard, no wonder you're crying.

No, consider them “extras” from the “Collector’s Series” (VHS) and “The Beginnings” (DVD) sets.

And his niece is crushing on him, big time. As Tracys says, “Ew.”

The big mystery of the first episode, yes, but only one of the mysteries of the shows first year or so. “Shadows on the Wall” (the show’s bible) explains exactly why, and consistent hints are peppered throughout the early months, but after Banabas was introduced, the show’s focus shifted away from Vicki and the mystery was never revealed on screen. All the hints are there, though.

Not Collinsport so much as the Collins family in general and Roger Collins in particular.

Originally the idea was to make Maggie a hard-bitten “woman-of-the-world” type, but that didn’t last too long before she lost the short blonde wig and transformed into the “girl next door” type.

Oh, yes. Barnabas fixates on her as the reincarnation of his lost love, Josette, but she also goes on to become David’s governess, an experience which leads to a nervous breakdown.

Expect the big cliffhangers on Fridays, not Mondays.

I always assumed it was because that’s where you would “draw a fire,” but a quick internet search reveals it’s the room to which you withdraw from the dining room after a mean.

Dark Shadows tends to use “great-great” as generic for “ancestor” (as it does “cousin” for “distant relative”). The relationship is more generations removed than that, but as we’ll later discover, the modern-day Collins are not directly descended from Jeremiah, anyway. He remains, however, the Collins ancestor who built Collinwood. We meet several generations of Collins throughout the course of the show, however not the ones in the portraits identified by Elizabeth as “Theodore” and “Benjamin.”

Nancy Barrett originally auditioned for the part of Vicki, but is better cast as Carolyn.

He soon trades up to a better girlfriend, but becomes no less of a wuss.

Permalink Reply by The Baron on August 11, 2010 at 1:45pm
I meant not so much that Wilbur resembled any particular cartoon private eye, so much as that he seemed like the sort of stereotypical private eye one might see in a cartoon.

Oh, and I'm putting in the "cliffhangers" as much to amuse myself as anything else.

Permalink Reply by Jeff of Earth-J on August 11, 2010 at 2:32pm
I know it. Please continue. I promise to quit telling you to wait until Friday.

I know it. Please continue. I promise to quit telling you to wait until Friday.

Permalink Reply by Doctor Hmmm? on August 11, 2010 at 9:31pm
9) "Collinsport is only fifty miles from Bangor." Which means that Collinsport has to be in Washington, Hancock, Waldo or Knox Counties. I know that stretch of coastline. 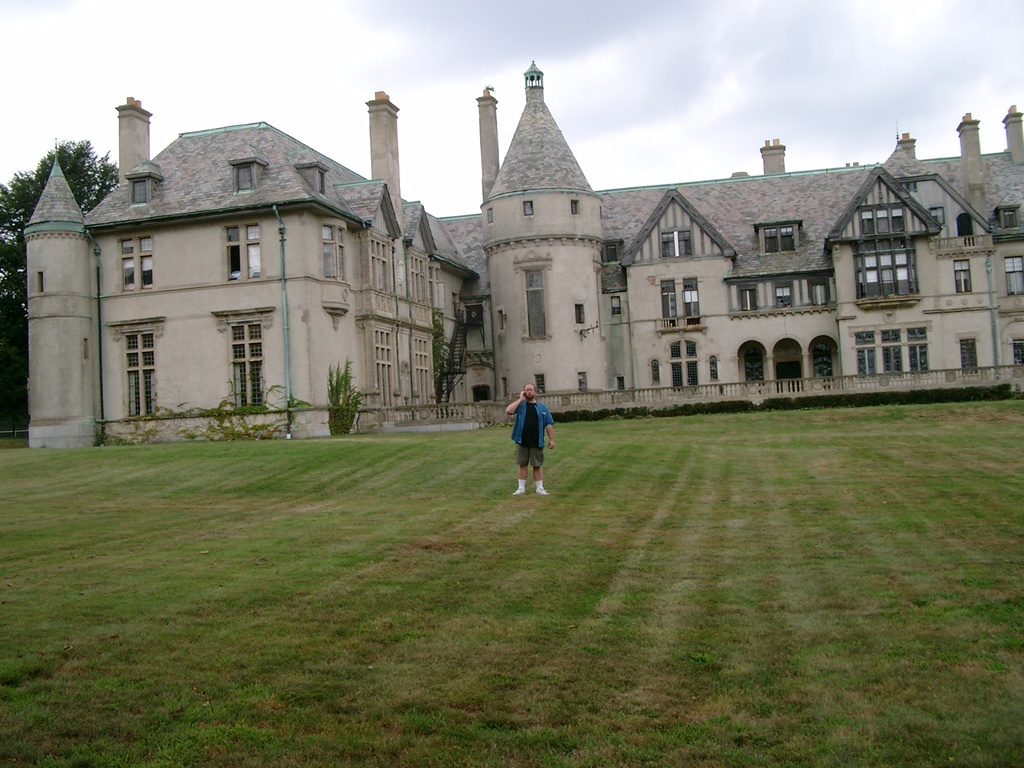 30 seconds later, an 85-year-old Roger came out waving his cane and shooed me off the lawn.

Permalink Reply by Jeff of Earth-J on August 12, 2010 at 8:41am
Are you on your cell phone or shouting instructions to the photographer? :P

Do you have the DVD "Dark shadows on Location"? One of these days Tracy and I would like to fly to New England, rent a car and road-trip from Newport, RI to Essex, CN, eat at the Black Pearl restaurant and stay at the Griswold Inn.

Permalink Reply by The Baron on August 12, 2010 at 8:45am
Dark Shadows Reactions: #3DRK
1)Uncle Femmycreepy's got some nice wheels, there.

2)Yow, Partygirl does seem to have the hots for Uncle Femmycreepy. No wonder Joe Boyfriend can't get anywhere with her.

4)So, Maggie's father is an alcoholic artist, and, apparently, in on whatever went on between Glint and Uncle Femmycreepy.

7)So, what, Uncle Isaac was a Dagon-worshipper?

10)Glint is an ex-convict? Let me guess, Uncle Femmycreepy and Old Man Evans got him sent to prison?

11)"Have you ever been to Montevideo?" No? How about a Turkish prison?