I'm sure there will be a lot of people saying "NotMyLegion' but in every manifestation the heroes changed there looks several times so I don't have a problem with them really.

I'm much more invested in them as people.  I want to see Rokk and Night Girl. Imra and Garth etc  as couples.

ideally I would like Projectra back as humanoid and so on but my priorities may not be yours accordingly I guess there are people lobbying for Monstress and XS  was (kindof) on The Flash tv show.

I have said before though- I really do not want a rehash of the Origin of the team and to take a couple of years building it's membership a la the post-Zero Hour revamp - can we just got the ground running? Maybe a Leadership Election (popular in the UK at the moment !) could serve to introduce everyone....

From what I can tell, this Legion is going to hit the ground running. We're going to meet a bunch of them in Superman (and have already seen them in silhouette in a couple of fantasy/prophetic vision scenes in the book. It's a crowd.

My feeling is, if we get the origin, it'll probably be recapped in Millennium, rather than the main series. That seems like a survey of the future history, so I'd expect it to be there.  I definitely don't want a slow build, either. Let's jump right in! Gimme Wildfire!

I've always been interested in the Legion relationships, too -- I want to see Jo and Tinya, Vi and Ayla, all that. But I'm happy with new ones, too. I'm also hoping for a mix of Legionnaires from different eras: I want to see Gates alongside Dawnstar. I prefer Jacques, with all his insecurities, to Lyle. I'd love to see XS again. As for Sneckie -- it's a cute idea, but I like her human, too.

Anyway, below is a shot from Superman 9. (Edited to add: I originally incorrectly said issue 8.) I'm keeping it big so you can see the full detail. There are some distinctive silhouettes in that crowd, and they add up to a whole Legion to me! 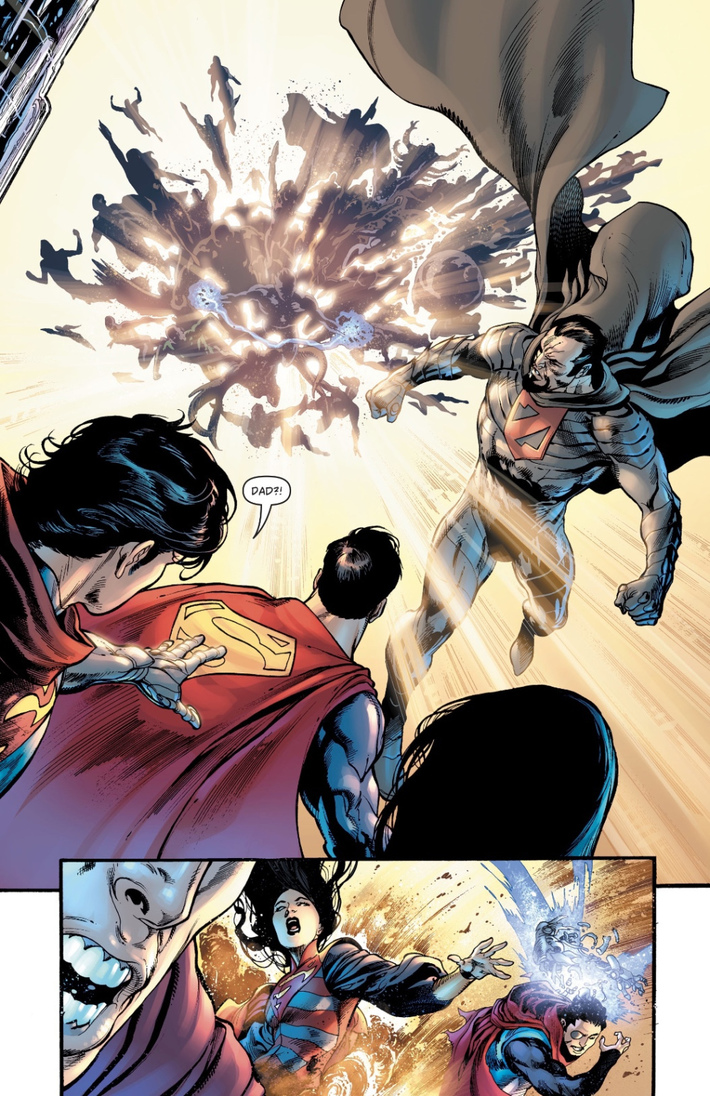 I completely agree about jumping in with both feet. That's the way it has to be.

I'm looking forward to the Bendis characterization here. I haven't followed all of the Legion books that have come out through the years, I have to admit. I wasn't a fan of Mark Waid and Barry Kitson's version (sorry! I can't help it!), nor all of the stuff that happened post-Zero Hour. So just being the Legion isn't good enough for me. I'll try this with high hopes.

My feeling is, if we get the origin, it'll probably be recapped in Millennium, rather than the main series. That seems like a survey of the future history, so I'd expect it to be there.  I definitely don't want a slow build, either. Let's jump right in! Gimme Wildfire!

There's the cover of Legion of Super-Heroes: Millennium #2 up at Newsarama,as well as more character design pages for Blok, Superboy, Dawnstar, Matter-Eater Lad, and Dream Girl. I've also seen a design for Element Lad out there, probably at The Beat. Here's the cover. I'm bowled over. 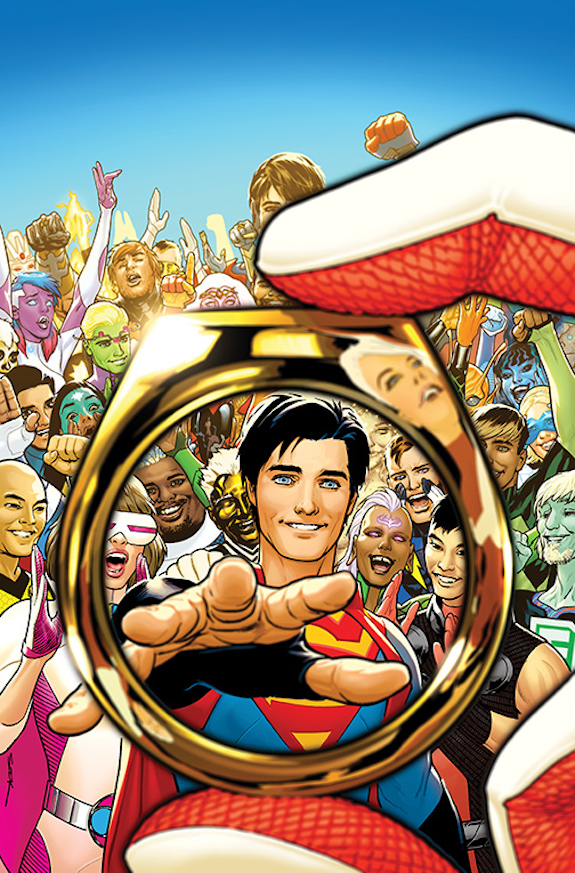 The tall(?) guy in back looks like Colossal Boy.

But you also have a bald Mister Sulu on the far left and a green Maynard G. Krebbs on the far right.

Showing off my trivia knowledge, not my age, with that last one. ;-)

The speculation I've seen bets the bald guy is Karate Kid. Maynard is Element Lad; he was one of the new designs released today (but for some reason not at Newsarama).

My big question is: Who's the girl in the pink and the goggles, whose head you can half-see through the ring? (Next to a guy who people suspect is Bouncing Boy.)

Maynard’s color scheme and resemblance ro Icicle suggests Polar Boy to me. And rhe guy his right looks like Karate Kid, but it could be Timber Wolf.

Could the girl in pink be Princess Projectra reimagined as a futuristic valley girl "princess" with the googles as a bit of a homage to Sensor Girl?

Maynard *does* look like Polar Boy...! But he's Element Lad. There's an E on his chest. I suspect the swirly coloring on his torso (you can see a little around his collar) might change with the elements he chooses.

As for Jeckie, great call, Philip! I wouldn't be surprised if you're right.

Finally got the press releas, with art, including OMAC, Tommy Tomorrow and others. Here's the PR:

Fans can’t seem to stop talking about the upcoming LEGION OF SUPER-HEROES: MILLENNIUM miniseries launching in September, so here at DC we figure there’s no reason to stop the conversation! Here’s some new art from issue #1 by artist André Lima Araújo. Writer Brian Michael Bendis teams up with Araújo to introduce the still-mysterious central character to heroes from the future of the DC Universe, including her search for Tommy Tomorrow, OMAC, Booster Gold and others.

In addition to this great art, check out the cover to issue #2 of LEGION OF SUPER-HEROES, MILLENNIUM by Ryan Sook, where a certain “super” hero gets his Legion flight ring (Like he needs it)! But wait, there’s more! With the debut of an all-new LEGION OF SUPER-HEROES ongoing series by Bendis and Sook in November, here’s a look at more of the Legion membership in the form of new character designs by Ryan Sook. Between these designs and the cover to LSH: MILLENNIUM #2, there’s plenty to talk about – not just new costumes, but new characters, too? Let the speculation begin… 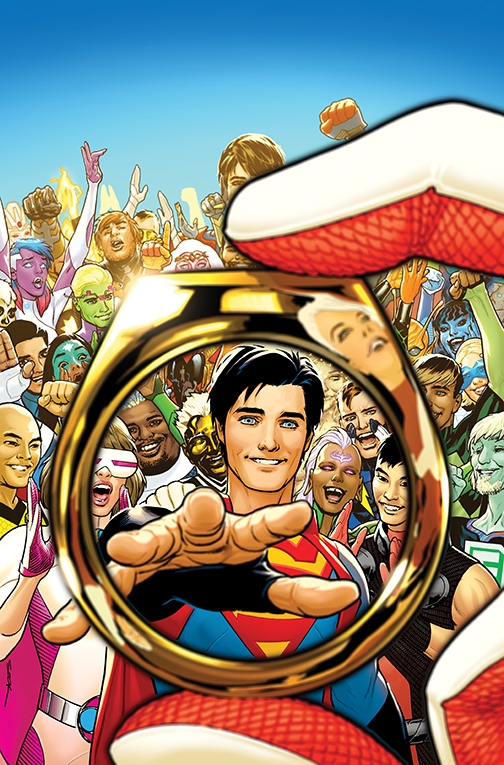 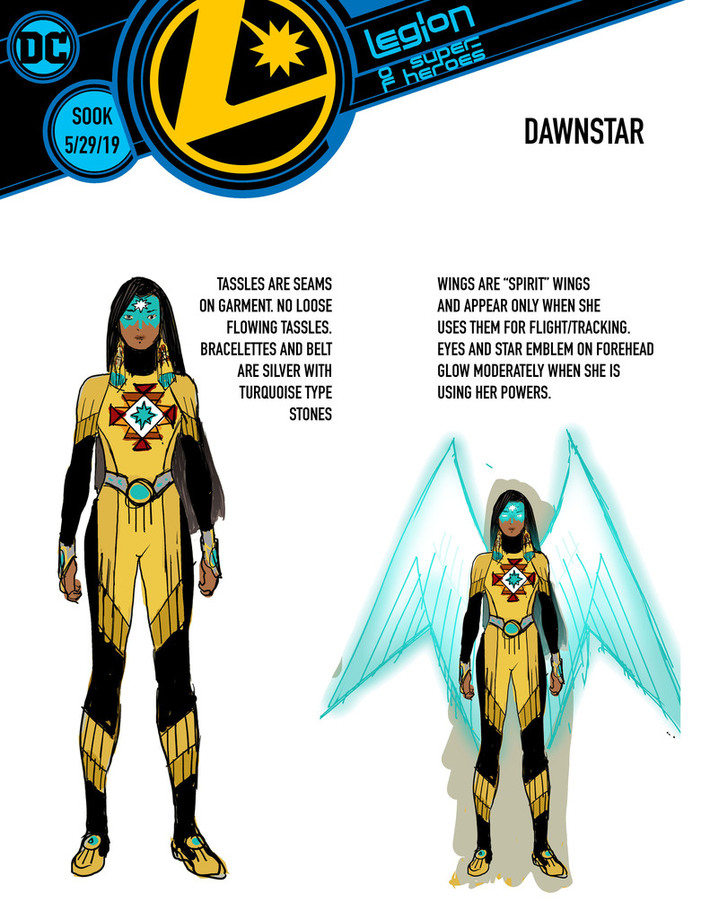 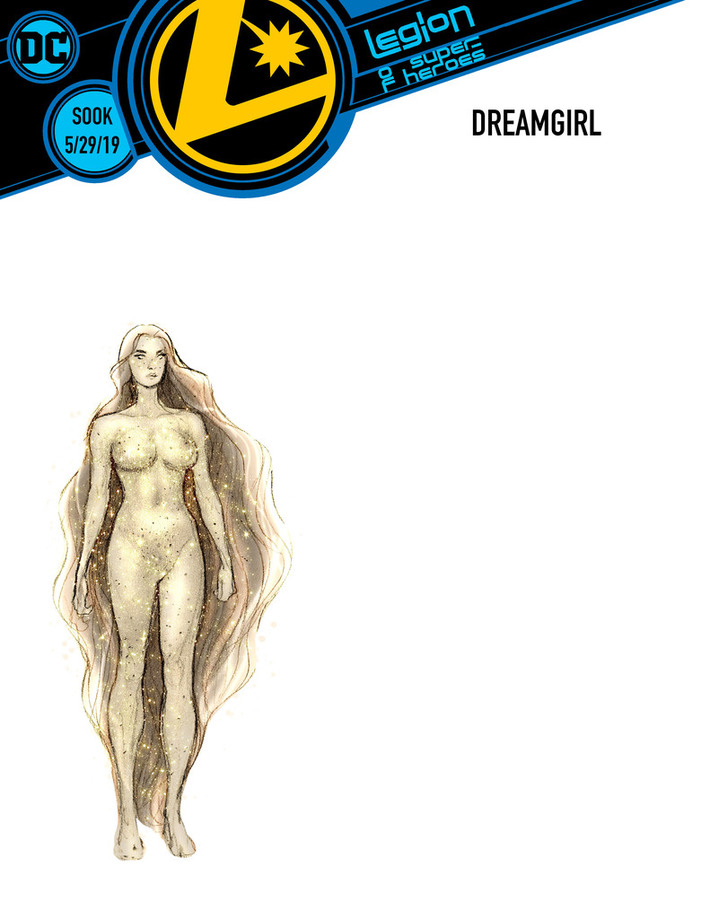 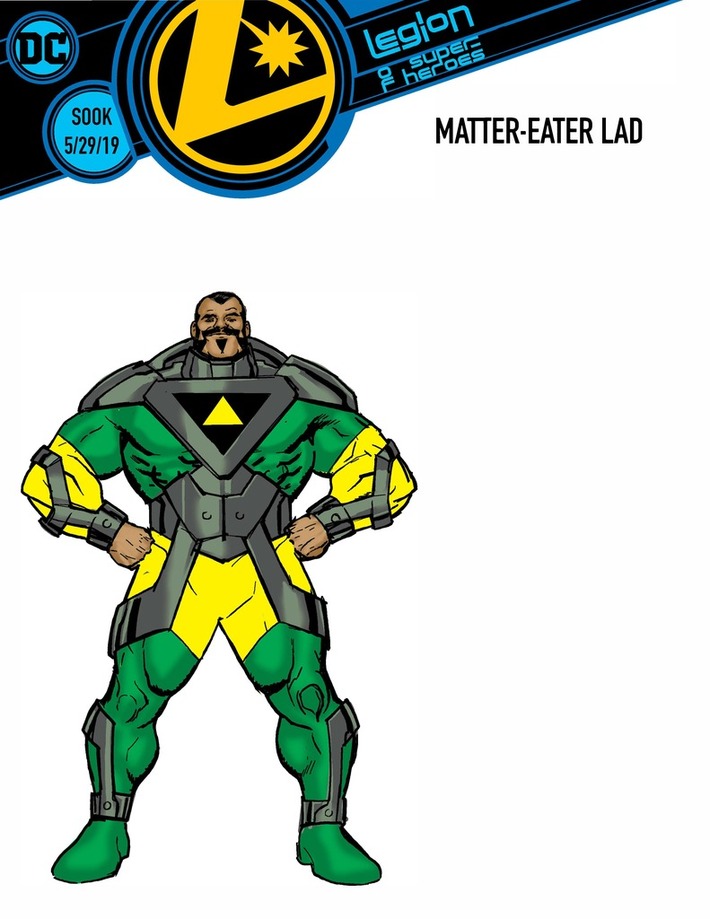 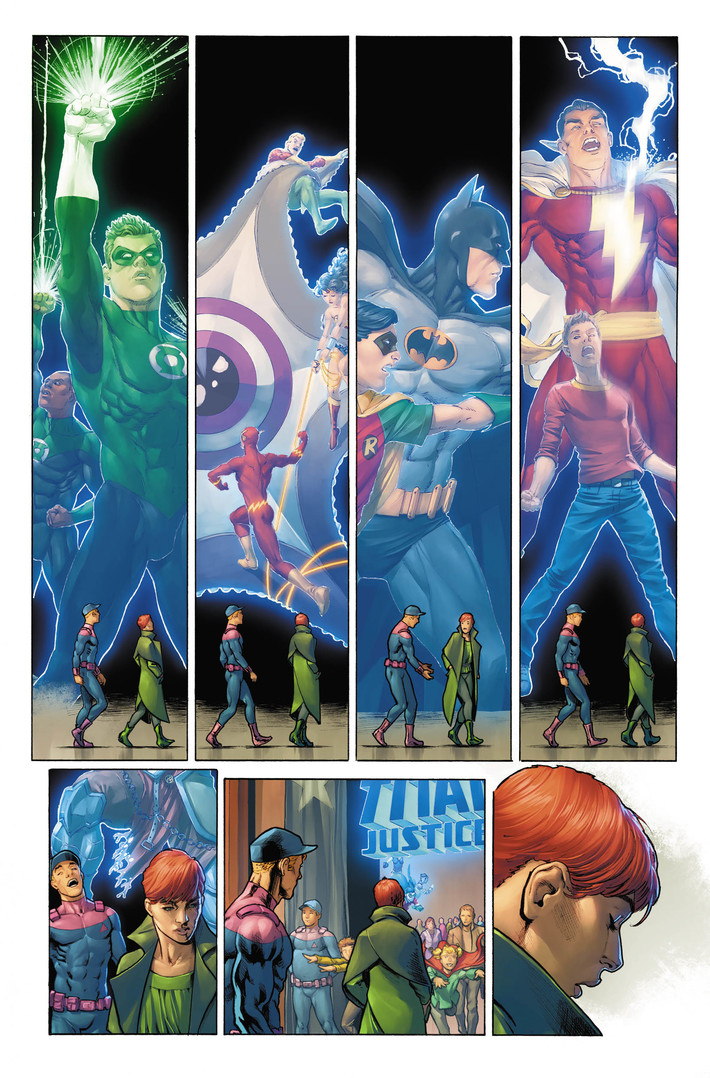 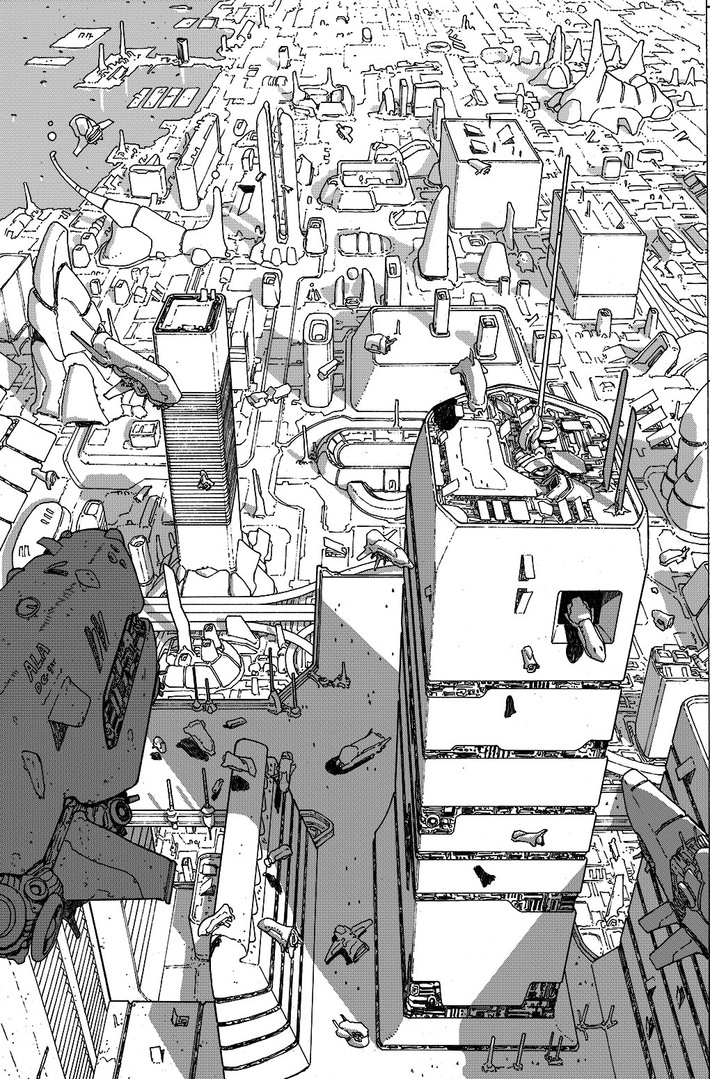 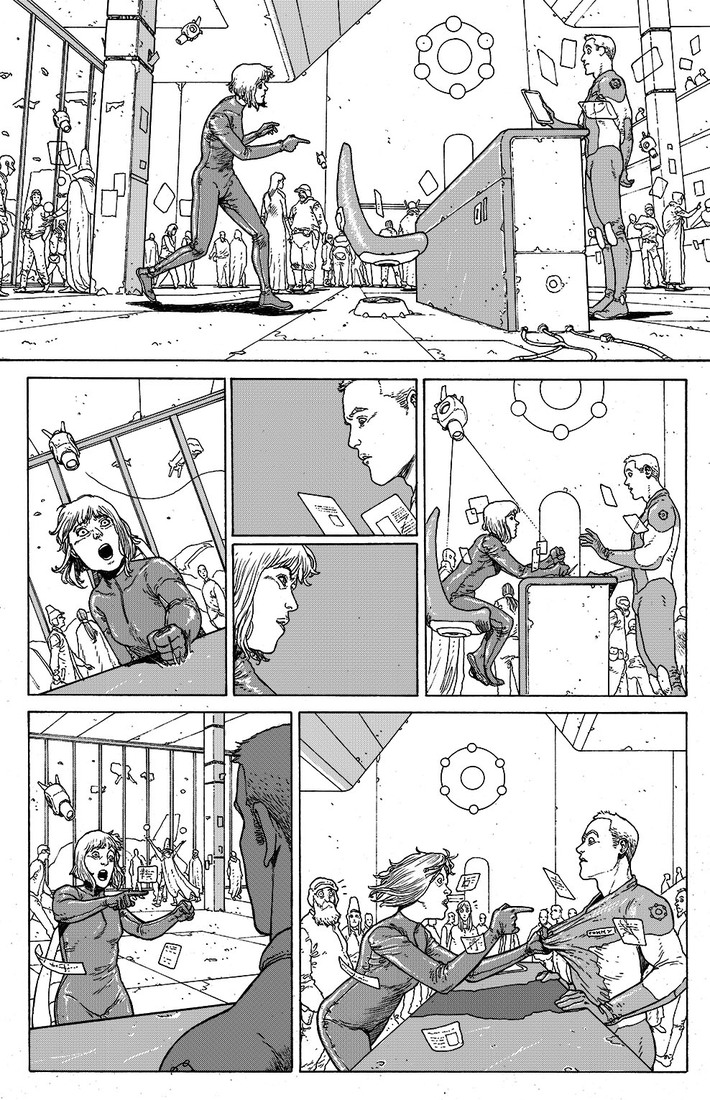 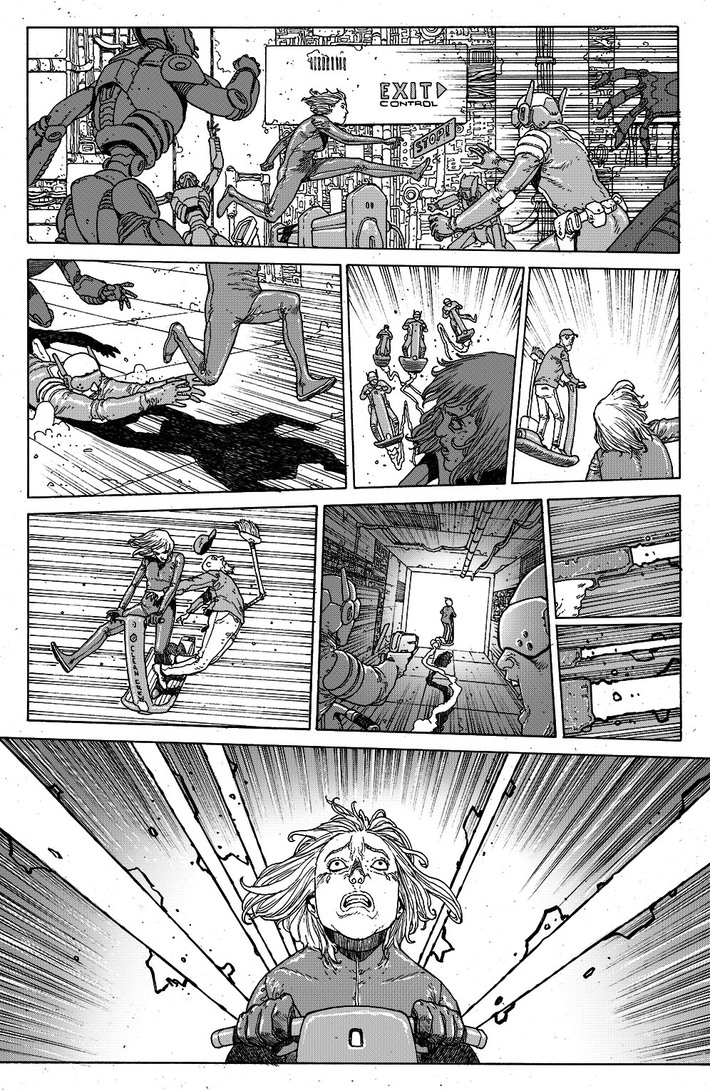 Looks like the André Lima Araújo section is Tommy Tomorrow ... and I wonder if it'll be printed in black and white, since it's evoking Akira so well.