Yeah, Lee's quote made me think I had maybe Googled the wrong image (no pun intended).

Personally, the new DC logo reminds me more of circa 1970s emblems:

The above and this one that took the company into the 1980s...

Although this one is my personal favorite from the past... 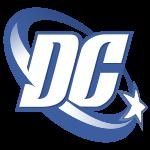 The new one isn't bad, but your opinion(s) may vary.

I really like the new one. I have noticed on the DC app that it looks especially cool and simple and old-school. I think it is hearkening back to a simpler time of DC history, and I hope the new stories reflect that positive outlook. It would be nice if that was the feeling they were trying to create--and they followed through on it.

I've seen several reviews of Rebirth that used the term "apology for the last 10 years of DC comics," which indicates at least some people think there's something to apologize for. Whether they're actually trying to do that is another thing.

Ironically, I went looking for the new DC logo, since no one has actually posted it, to see if I could see the references to Superman, Batman and WW that Jim Lee sees in its white spaces I didn't Google it precisely enough and all the images I got were for DC Shoes. Which has a pretty cool logo!

BTW, having re-Googled a little better, I think Jim Lee was tripping. 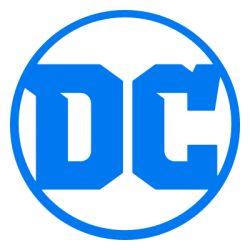 Since no one else has posted it, this is the logo in question.

I don't see any suggested character images either.