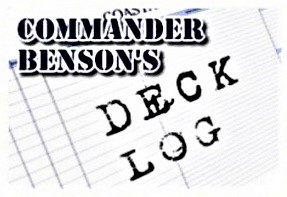 Seven years ago, I told you the story of the Christmas Truce of World War I.

This is the other World War I Christmas story.

By the time of America's entry into the Great War, A. C. Gilbert was an accomplished man by any yardstick---physician, Olympic gold-medalist, professional magician, big-game hunter, captain of industry, and an inventor with one-hundred-fifty patents in his name.  His could have been the résumé of a pulp hero, like Doc Savage or Richard "the Avenger" Benson.

But let's go back some.  Alfred Carlton Gilbert was born in 1884 to well-to-do parents.  His father was a successful banker in their hometown of Salem, Oregon.  Even as a boy, little Alfred put his ambitions into action.  Remember the 1932 Our Gang short Hook and Ladder in which the gang set up their own jerry-built volunteer fire department?  Well, decades before that film, ten-year-old Alfred did that very thing, turning the family barn into a firehouse, complete with cots and a wooden firepole.  He and his pals would respond to fire alarms in a wagon rigged with a water tank and a garden hose. 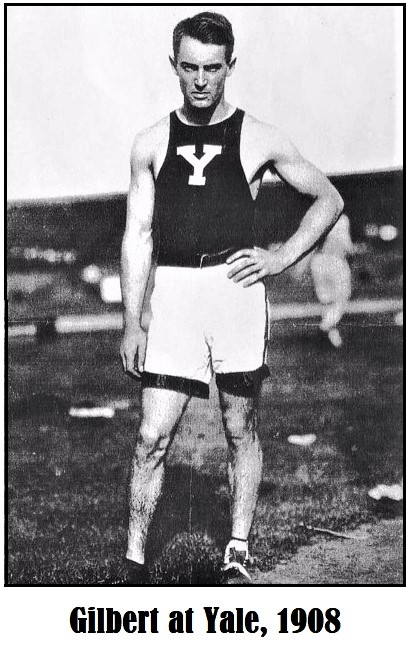 Young Gilbert's real passion, though, was for stage magic.  He studied professional magicians, read their trade journals, and practised until he mastered their tricks.  In 1904, when he went east to Yale Medical School, he supported himself by putting on magic shows in local theatres.

If studying medicine and performing magic didn't keep him busy enough, the short (five-foot-seven) and wiry (one-hundred-thirty-five pounds) Gilbert earned a spot on the U.S. Olympic pole-vaulting team.  In 1908, he competed in the Olympic games in London and won a gold-medal.  He set what was then the world record, by being the first vaulter to clear thirteen feet.

Gilbert earned his medical degree in 1909, but he never hung out his shingle---the lure of magic was too strong.  Instead, borrowing five thousand dollars from his father, he started the Mysto Manufacturing Company in New Haven, Connecticut.  Mysto Manufacturing sold magic kits for kids, providing the standard magician's props---rigged card decks, interlocking rings, coin boxes, and the like, along with a book of instructions on how to perform sleight-of-hand tricks.

The magic kits sold off the shelves, and the canny Gilbert realised that there was gold in the toy market.  He expanded his offerings:  chemistry sets, microscopes, electric trains, model aeroplanes, crystal radio kits---the kind of things that gripped a boy's imagination.  Unlike hoops and tops and horns, Gilbert's sophisticated toys promised excitement and adventure.  In 1914, the name "Mysto Manufacturing Company" was outmoded, and it became the A. C. Gilbert Toy Company.  And a thriving company it was, making Doctor Gilbert a millionaire.  And he passed his success on to his employees with radical innovations for the time, such as workers' health insurance, free legal assistance, and paid maternity leave.  It's no wonder that the Gilbert Toy Company became the largest employer in New Haven.

The problem was, even an innocuous town like New Haven was part of the world, and by 1914, most of the world was at war.  But not the United States.  President Woodrow Wilson was determined to keep America neutral.  But he couldn't afford to be blind to the impact that the conflict embroiling Europe might have on the country.  As a just-in-case measure, Wilson established the Council of National Defense, composed of the Secretary of War and five other Cabinet members.  The Council's job was to make plans for the allocation and coördination of national resources---if it became necessary. 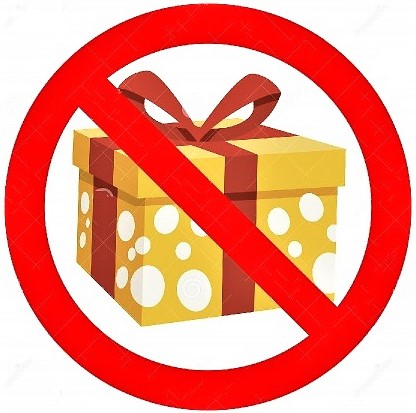 It became necessary.  Events in the spring of 1917 made it no longer politically expedient for President Wilson to keep his head buried in the sand, and in April, the United States declared war on Germany.  Now, the Council of National Defense had something to do besides pass around point papers.  Right away, it took charge.

At the Council's direction, the nation's industry converted to producing war materiél.  Consequently, in order to free up resources for the war effort, manufacturers were banned from producing what were considered to be non-essential items.  This was bad news for the A. C. Gilbert Toy Company, along with all the other manufacturers in similar businesses.  Toys, decided the Council of National Defense, were non-essential.  By the autumn of '17, Americans were looking at largely empty store shelves.  It was shaping up to be a dismal Christmas this year, especially for the children.

Making the holiday outlook even gloomier, the Council was preparing to issue a proclamation discouraging gift-giving for the Christmas season.  Americans, the Council insisted, should be spending their money on war bonds.

That was all A. C. Gilbert could stand.

He packed a bag full of toys and picture books, and he headed for Washington.  The name of "A. C. Gilbert" was good enough to get him a meeting with the war council.  They would give him fifteen minutes.

After waiting hours and having his bag of toys searched by a Naval sentry, Dr. Gilbert was admitted to the council chamber.  Before him sat Secretary of War Newton Baker, Secretary of the Navy Josephus Daniels, and the four other members of the board.

Dr. Gilbert emptied his sack onto the table and made his pitch . . . At first, it appeared that Navy Secretary Daniels had not even been listening.  His attention was focused on a toy submarine that had come out of the bag.  He was amazed at its detail, and he asked Gilbert where it could be purchased.

While other council members flipped through books on aviation, Secretary of Commerce William Redfield smiled as he pushed a toy locomotive around the table.  "I learnt the rudiments of engineering on an engine like this," he said.

At the end of the meeting, the officials didn't give Gilbert an answer, but they didn't have to.  The toymaker had read their faces.  For a few minutes, the men had become boys again and had felt the thrill of having a shiny new toy to inspire their imaginations.  Toys were no longer considered "non-essential", and a few days later, the embargo against manufacturing them was lifted.  Americans were told that giving presents for Christmas was important for national moral.

A year later, the Boston Post recounted how Dr. Gilbert had changed the minds of the Council of National Defense.  The front-page article gave him a nickname he would carry for the rest of his life.

"The Man Who Saved Christmas". 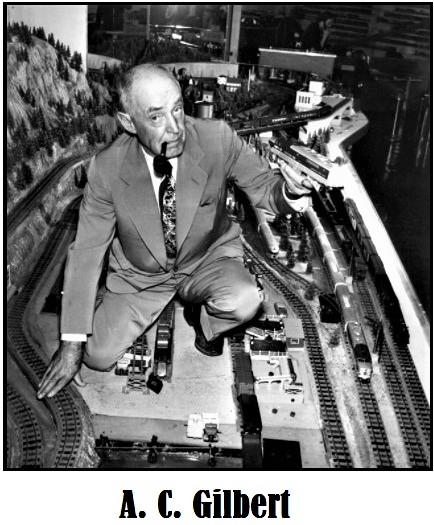 Now, you'd think such a remarkable man, especially with a sobriquet like that, would be a household name, at least at Christmastime.  But, as I've remarked before, fame is capricious.  One may not be well known for his most impressive accomplishment.  In fact, he may not be known at all.  Sometimes, it's the product of his efforts that becomes part of our country's cultural fabric.

You see, despite becoming the Man Who Saved Christmas, it was something that A. C. Gilbert put under the holiday tree that is more remembered.

One day in 1911, Gilbert was riding a train to New York City.  The railroad was converting from steam to electricity, and a section of the track his train passed over was in the process of being modified to carry the power lines.  The network of steel girders used to support the electrical lines caught the toymaker's attention.  He envisioned all the things that could be constructed with such steel beams.

When he got back to New Haven, he and his wife sat at the dining room table and cut miniature girders out of cardboard.  Then, he approached a local metalsmith and asked him to fabricate steel replicas, using the cardboard versions as models.  These were assembled into kits.

The product of Dr. Gilbert's inspiration proved to be his largest selling toy, outstripping his magic sets and model planes and everything else produced by his company.  It continued to be its number-one product all the way until 1967, the year the A. C. Gilbert Toy Company went out of business.

You may not be familiar with A. C. Gilbert, or his rôle in preserving Christmas during the first World War.  But it's a sure bet that you've heard of his most popular toy.  If you're a baby boomer, then you probably got one for Christmas when you were a kid.  It was advertised as a hundred toys in one, but that number was actually limited only by your imagination.

Aw, you're probably ahead of me, and you already know that I'm talking about . . . Merry Christmas to you and Cheryl, Commander!

There is a photograph of my brother and me playing with his old Erector Set on the living room floor when I was about five and he was about 15. That photo is in an album his kids assure me was not thrown away, yet they can't find. I haven't seen that photo, or that book, since my mom gave it to my brother back in the late '80s or early '90s, so thanks for the memory!

Wow, this guy sounds like a real-life Mister Terrific!   I, too had an Erector Set when I was a kid.  Great times!

A Merry Christmas to you and your family.

Merry Christmas to you and Cheryl, Commander! I never had an Erector set myself, but I remember them from my childhood (we had Lincoln Logs, and later a science set for construction projects).

Merry Christmas to you and your family! Another great story!

Merry Christmas, everyone. Midway through I thought I remembered this story, but I was confusing Gilbert with another toymaker. Great story, as always

I had a lot of fun with an Erector Set when I was a kid.

Lee Houston, Junior replied to Steve W's discussion A Cover a Day
"As previously mentioned (page 1382), I have no idea exactly how many times Neal Adams riffed his…"
7 hours ago

Jeff of Earth-J replied to Jeff of Earth-J's discussion Swamp Thing
"ISSUE #25 - "The Sleep of Reason..." This issue's title comes from Francisco…"
10 hours ago

Jeff of Earth-J replied to Jeff of Earth-J's discussion Swamp Thing
""This is my first reading of these issues." I'm glad to have you participating! If…"
10 hours ago

Richard Willis replied to Jeff of Earth-J's discussion Swamp Thing
"As I mentioned previously, I had purchased the several TPB editions that cover the Alan Moore run…"
12 hours ago