Doctor Who: Out of Time 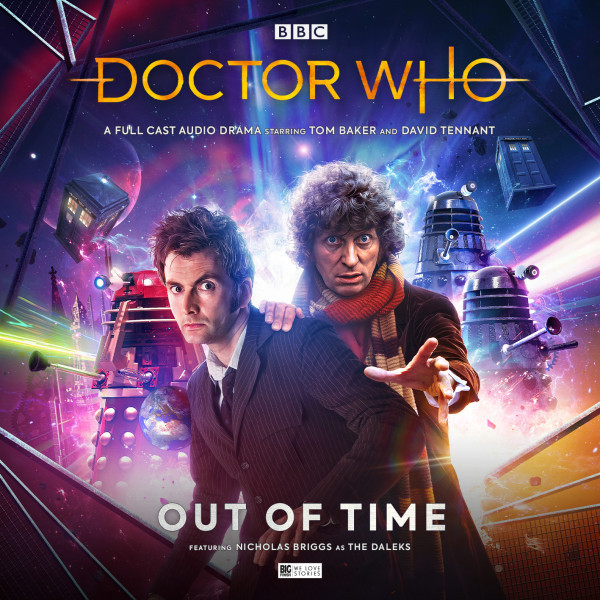 "The Cathedral of Contemplation is an enigma, existing outside time. It turns through history, opening its doors across the universe to offer solace to those in need. Occasionally, the Doctor drops in – when he's avoiding his destiny, it’s an ideal place to get some perspective. Only this time he's already there from several lives earlier, so when dimension barriers break down, his past and present collide. And when the Daleks invade and commandeer the Cathedral, two Doctors must unite to stop them – or face extermination twice over!"

The good news is that this is everything I hoped that a crossover between (arguably) the most popular Doctor of the classic era and (arguably) the most popular Doctor of the new era would be. It's a pretty straight forward "Doctor vs. Daleks" story, but the fun is in the interaction between the two Doctors. There are far too many funny quips to quote here; I'd have to transcribe the entire script! The Tenth Doctor knows who the Fourth Doctor is, of course, and it doesn't take the Fourth Doctor just too long to figure out who the Tenth is. Because [reasons], the Tenth Doctor has no memory of this adventure until it happens. He even coins a term for this phenomenon: apres deja vu. From the Fourth Doctor's point of view, this story takes place shortly after "The Deadly Assassin"; from the Tenth Doctor's, sometime between "Journey's end" and "The End of Time" when he's on the verge of regeneration.

The bad news is that the second part (of three) won't be out until June 2021.

That's okay, though, because I won't get around to listening to it until October! 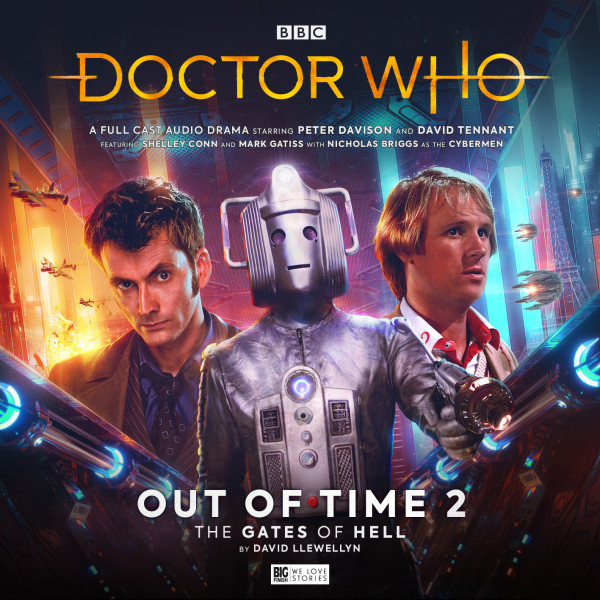 "Paris, 1809: The Fifth Doctor takes a tour of the Catacombs and meets a sassy Time Agent doing the same. Paris, 1944: The Tenth Doctor misses his target and lands in occupied France. He hides from the Nazis – in the Catacombs. A collision of two Doctors' timelines triggers a temporal catastrophe, granting the Cybermen dominion over the Earth. The Doctors must travel back in time to find the source of the Cyber-invasion and close the Gates of Hell..."

And I thought the first volume was good! The story is fast-paced and funny! These two Doctors (the Fifth and the Tenth), pair particularly well together. Also featured is a new character, a Time agent from the 51st century named Tina Drake. It's also left open-ended. I'm really reluctant to say anything more about it. Take my word for it: it's good.