Doctor Who Reactions: "The Name of the Doctor" (SPOILERS)

1)We start out with Clara seeing various old Doctors, including guiding the First Doctor in his choice of TARDIS (And we get to see the TARDIS' "default" mode), and witnessing the the most moronic cliffhanger ever, from "Dragonfire". Shame they couldn't have taken a moment to explain what the hell that was all about.

2)"I'm Clara Oswald. I'm the impossible girl. I was born to save the Doctor." Yeah, whatever, dear.

3)"Sorry, Archie, I'm going to have to ask you to render me unconscious."  that brings back memories of my college years.

4)And the dreaded River Song, again.  Someone please give Alex Kingston a high profile, high-paying, long-lasting,  fulfilling job that keeps her far too busy for the rest of Moffat's tenure on Doctor Who!

5)"I think I've been murdered." Ooh, I hate when that happens!

6)"Trenzalore is where I'm buried."

7)"I'm about to cross my own timeline in the biggest way possible. The TARDIS doesn''t like it."

11)"He will have other names before the end - the Storm, the Beast, the Valeyard."

12)"The dimensioning forces this depe in the TARDIS can make you a bit giddy." He's quoting himself from "Castrovalva".

13)The Whisper Men are somewhat derivative of the Silents. Speaking of which, where the hell are they?  Weren't they the ones who were all het up about stopping him from going to Trenzalore? Of course, maybe they're all over the place, but we just don't remember it. On the subject of the Silents, wouldn't "no one remembering you once they look away from you" be a bugger if they went to a restaurant? No matter how many times they gave their order, the waitress would forget them the minute she turned away from them!

15)"You're the Eleventh Doctor." "I said he was me. I never said he was the Doctor." Yeah, whatever, Moffat, you loon.

16)"What I did, I did without choice." "I know." "In the name of peace and sanity." "But not in the name of the Doctor." Let the fannish speculation begin!

17)"Introducing John Hurt as the Doctor" - Stunt casting!  Isn't "introducing" for actors who've never done anything before?  Also, as big of a John Hurt fan as I am, if it would've been Michael Jayston at the end, I would've been even happier!

An OK "Moffat writes in circles" episode. I knew they weren't going to give the Docotor's "real name", I expected them to weasel around it, so I can't say as I'm disappointed there.  Let's face it, any name they gave him was going to a be a let-down.  Unless it was "Keith Who".

A couple of things. I know that no one wants to get bogged down with a lot of old continuity but shouldn't the Hand of Omega have been floating around in the background when the First Doctor and Susan were checking out TARDISes?

As far as the Whispermen, when I first saw them in a quick promo, I thought they WERE the Silence just redesigned which I suppose is just as likely as anything else. Maybe the Silence is an offshoot of the Whispermen in a sort of Cybermen/Cybermat kind of way?

As far as John Hurt as The Doctor and that whole discussion of what he did as you pointed out in point 16. It is my gravest fear that Moffat is planning to The Time War and focus on what The Doctor did to end things which he can't forgive himself for. Maybe Hurt is what The Doctor considers The Doctor 8.5. McGann became Hurt who then became Eccleston. I say I fear this simply because I don't feel that Moffat has the (and I am not saying this to be mean) talent to pull off as epic a story as The Time War needs to be.

Also, for you older fans, I hoped you enjoyed the bits with the older Doctors because I have the distinct feeling you won't be seeing anywhere as much of them in the actual 50th Anniversary special as you did in this episode. BUT, I am more than willing to be proved wrong on that prediction. ;)

Bob, I’ve just read all of you reactions to the recently-completed half-season, but I’m going to confine my comments to this one episode. First of all, I’m very excited about the prospect of John Hurt playing The Doctor. If common wisdom holds that each new Doctor must be reviled in comparison to the last, this is the casting that is going to break that mold as far as I am concerned. When I first saw pictures of Matt Smith (a year in advance of his actual debut), I must admit I was disappointed at his extreme youth. Whereas I immediately liked his performance as the Doctor, I’ve become increasingly disenchanted with the direction Moffet has taken the show. It’s not necessarily that Moffet’s Doctor has become increasingly “kid friendly” (although that is part of it), it’s that the show will too often defy good storytelling and logic for a “Wow!” moment that doesn’t hold up under scrutiny. Some of our former colleagues who now post exclusively in another forum have expressed a similar disappointment, but I think it’s more than the typical aversion to a new Doctor, because these are people who liked the Eleventh Doctor initially.

A couple of things. I know that no one wants to get bogged down with a lot of old continuity but shouldn't the Hand of Omega have been floating around in the background when the First Doctor and Susan were checking out TARDISes?

The Baron Speculates Regarding the Absence of the Hand of Omega ( and the Validium from "Silver Nemesis", for that matter) form the Scene Where Clara Observes the First Doctor Stealing the TARDIS:

A possibility. The Doctor plotted his (and Susan's) departure from Gallifrey for quite some time.  For reasons of his own, he wanted to have the two "devices" available to him (or maybe just thought it better that they be in his hands rather than those of the Time Lords) in the future (or the past). Since both "devices" were capable of traveling under their own power, he surreptitiously "removed" one of them form the Gallifreyan "armory" and programmed it to rendezvous with him at a specific point in spacetime. Once it appeared to him that this "removal" had not been detected, he waited awhile and repeated the operation with the second "device".  It's possible these things weren't even missed, forgotten in some ancient vault. Anyway, once he was reasonably certain that his "removal" of the "devices" was undetected, the Doctor made his (and Susan's) own escape. 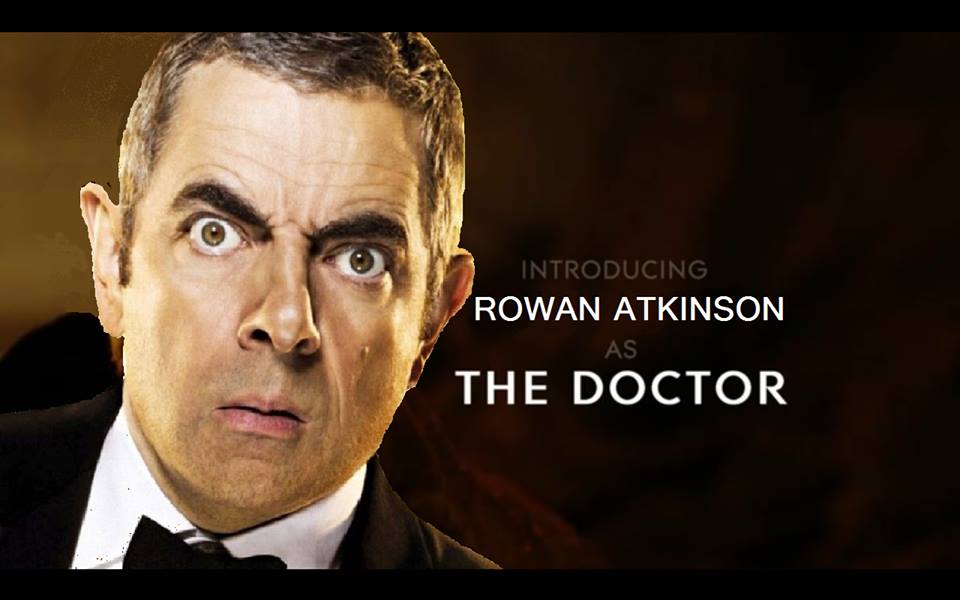 And very well, too.

Finally saw this last night, and liked it quite a bit. My heart broke when Jenny said she'd been murdered, and I'm glad they rectified that (although a little more fuss about it would have been nice.) I liked the explanation for Clara.

I liked it and I thought the idea of what happens when the Doctor dies the TARDIS mourns was well done.