Doctor Who Reactions: "The Power of Kroll" (SPOILERS)

1)Watching this again, it struck me that it reminded me a bit of some of the Pertwee era "anti-imperialism" stories like "The Mutants", with the Doctor as the "benevolent white guy" coming in and getting the "bad white guys" to stop being mean to the stereotypical primitives, who in this case were the Swampies, who tended to remind me of the Jolly Green Giant's pal, Sprout.

2)Some interesting guest cast in this:

3)The regular cast was good in this - it's a shame they couldn't've kept Tamm on a bit longer, they seemed to be gelling well as a team.  I liked the Doctor's impromptu flute - way to give your presence away Time Lord! I also noticed that when Mensch handed him a drink, Baker put it in his coat pocket! Also if you watch closely, you will note that sometimes the Doctor has his welleis on, and sometimes he doesn't.

4)I thought Kroll was reasonably well-realized, especially for 70's Doctor Who.

5)Interesting to see the Doctor and pals in a death trap straight out of Batman.  I'm pretty sure this is the only story where he's used his "sonic scream".

This was OK. Kind of a lackluster script from Holmes, though.  I suppose you could say it was an interesting look at the danger of meeting one's "god".

Hey, Romana... Dominic Fortune called. He wants his outfit back. 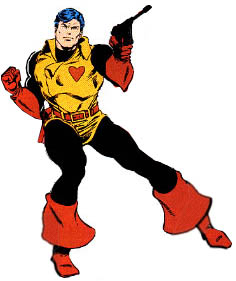 Dear old Mary Tamm.  Give a listen to her on the commentary tracks, sometime.  She was one of the few people that could hold her own with Tom Baker in the BS department.

She was one of the few people that could hold her own with Tom Baker in the BS department.

Now I have to listen because I'm pretty sure that's not humanly possible.

Some interesting things about this story, behind-the-scenes, are more interesting than the story itself.  Like, apparently, Robert Holmes was getting fed up and decided to just do less-than-stellar work.  Someone suggested it was a shame they didn't swap slots between him & Baker & Martin, so THEY could do this and he could have done ARMAGEDDON FACTOR.  And then, years later, when Eric Saward succeeded in doing the one worthwhile thing he ever did on the show-- get Robert Holmes brought back-- Holmes' 1st new script is suspciously similar in some ways to this one.  Both involve really grungy planets, gun-running, explosive gas... except ANDROZANI, while 10 times nastier, is also 10 times better-written.  It's as thought he thought back on KROLL and decided, "I can do better than THAT!"  (Of course, I've generally thought of ANDROZANI as Holmes deliberately doing an "Eric Saward" type story, and showing Saward how to REALLY do it right for a change.)

I like "The Key To Time" season so much (even the last part), "KROLL" is my least-favorite story of it.  And yet, I'd rather watch this, by a mile, than half the Peter Davison stories and half the Colin Baker stories.  I think that says a lot.

John Abineri, who played "Ranquin", had previously been in FURY FROM THE DEEP, THA AMBASSADORS OF DEATH (the main villain), and DEATH TO THE DALEKS.  Neil McCarthy, of course, had been in THE MIND OF EVIL.

Some months back, I dug out "The Key To Time" to watch without bothering to watch the previous 4 Tom Baker seasons.  I was just in the mood to watch Mary Tamm's Romana again!  She cracks me up.  It's the one character I've ever seen her play where she's both "haughty" AND has a sense of humor.  I still can hardly believe she's gone...