1)Another double-banking episode as the show takes another look into alternative time. We see how the various stories would've played out if the Doctor had gotten killed at the end of "The Runaway Bride".  Most of it's handled reasonably well, although no mention is made of who dealt with the Pyroviles, the Carrionites or the 1930's Daleks. Also, I thought the Titanic was supposed to wipe out all life on Earth, but here it only wrecks Greater London?  I guess destroying the world would make for bad television.

2)Some good acting from the Noble family here.  I thought Jacqueline King did an especially good job portraying Sylvia's slow disintegration as her world is destroyed around her.Some really harsh moments between Sylvia and Donna:

3)Good to see Chipo Chung again - and to see her without her Chan-Tho mask on.  The Chinese planet was interesting  - I expect that if we did go out into space there'd be lots of planets settled by one sub-group or another, and not all by humanity as a whole.

Another interesting "different" episode - that seems to be what these "double-banking" episodes are for.

Also Noel Coward, who wrote an alternate reality play about Britain as a collobarating Nazi state.

More that the RAF didn't keep their upper lips stiff enough during the Battle of Britain.

It was lost for many years but got found and put on by a GG-style theatrical company in San Francisco , ThrillPeddelers , when I lived there . Unfortunately I could not go:-(

Actually, now that I've read up on it a little, there is some similarity between Coward's Peace in our time and this episode, as far as I remember it.

Don't know much about Cromwell - I'll have to see if I can find a good biography of him somewhere. 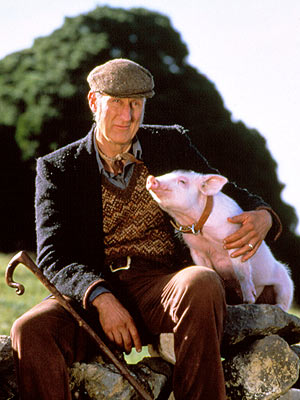