Collections: How close are we to the end?

The arrival of Weird Fantasy Vol. 3 had the usual effect series collections have on me, making me wonder how close we were to finishing that series. In this case, that also means, by extension, the EC line.

I have cause to worry -- Dark Horse's track record on series collections isn't good. Currently it appears that the Tarzan, Archie and Crime Does Not Pay series have all stalled at nowhere near the end.

Anyway, I felt we were close enough to make a summary worthwhile. Here's where I think we are:

Haunt of Fear: Fifth and final volume scheduled for Oct. 23.

Vault of Horror: Fifth and final volume scheduled for Dec. 28.

Weird Science-Fantasy #25-26: Weird Science-Fantasy picked up the numbering of Weird Science with issue #23 and turned into Incredible Science Fiction with issue #30. Issues #23-24 were included in Werid Science Vol. 4, and issues #27-29 were included in Incredible Science Fiction Vol. 1. (I suspect these two issues will be collected with the last four issues of Weird Fantasy, for the standard six-issue package. But I don't know that for sure.)

I'm not including MAD, since DC Comics has that franchise now (and has reprinted all the comic book issues in MAD Archives Vols. 1-4). I'm also not including the Picto-Fiction line, which consisted of B&W magazines.

Did I miss anything? Who else is collecting these? And who's with me on wanting a few more pre-"New Trend" titles like Crime Patrol, Land of the Lost and Moon Girl?

Regarding Moon Girl: I have replica editions of the first five issues. The publisher, Canton Street Press, had plans to publish through issue eight but, as far as I know, replicas of #6-8 never saw print. Yes, they are awful, but they are also fascinating. I recommend them to you, if no one else. A collected edition from Dark Horse would be ideal because the CSP replicas were pricey.

Regarding Moon Girl: I have replica editions of the first five issues. The publisher, Canton Street Press, had plans to publish through issue eight but, as far as I know, replicas of #6-8 never saw print. Yes, they are awful, but they are also fascinating. I recommend them to you, if no one else. A collected edition from Dark Horse would be ideal because the CSP replicas were pricey.

Thanks, Richard, but Moon Girl is not the kind of comic I'd make the effort to read online.

DICK BRIEFER'S FRANKENSTEIN SOFTEE v2 has been solicited. It collects the "Frankenstein" stories from Prize Comics #38-68 (1944-1948). I think these all feature the "funny" version...?

Should be shipped this coming week:

I just ordered this one (not previously mentioned):

Uh, oh. I don't remember pre-ordering that. Thanks for the heads up. 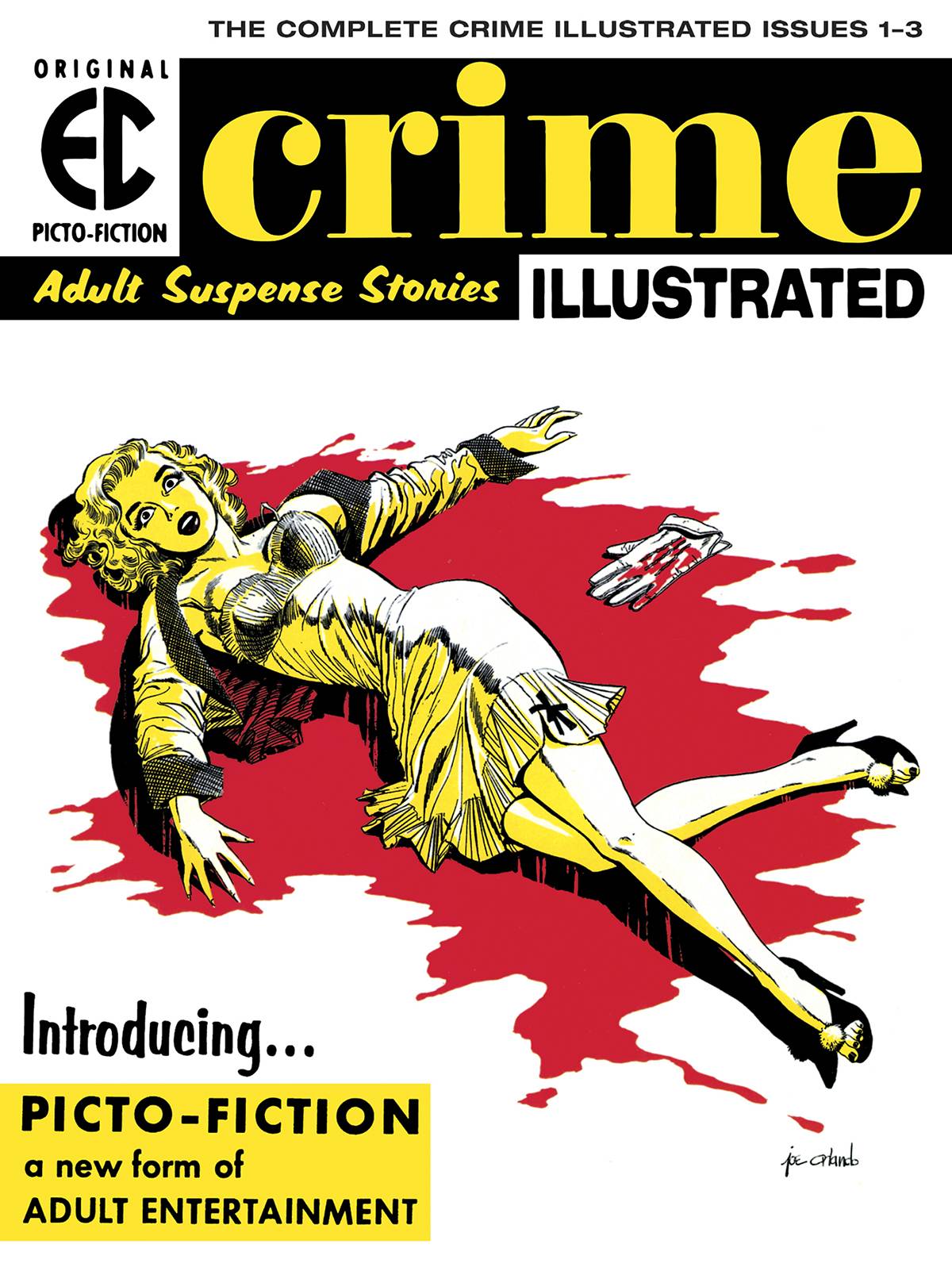 I purposefully gave that one a pass because I have the Russ Cochran boxed set. I duplicated some of the "New Trend/New direction" stuff to get them in color, but Picto-Fiction was in black and white in the first place, and the Dark Horse reproduction is not likely to be better than the Russ Cochran.

Though I'd been collecting EC reprints since the 1970s, I hadn't even seen any of the Picto-Fiction numbers until just a few years ago. I found that I didn't like 'em as well as I did the conventionally formatted books.

I realized that I habitually read my ECs by glossing over the textual captions and letting the artwork and the dialogue balloons carry the story, which strategy worked most of the time.

Now, I'd read that some of the other artists thought that Feldstein's lengthy prose in the captions left them with minimal space in which to illustrate, and that I was picking up on this too. Maybe he was a bit too wordy. I remember that Krigstein in particular would sometimes take a razor to the narration, rebuilding the layout, turning narration into dialogue or vice versa, all to liven up the visual aspect.

The Picto-Fiction books carried this text/art imbalance to the extreme, with pages of purple prose around the occasional drawing. (I do realize that Feldstein farmed out much of the scripting to other writers by this time, but surely he set the template for them.)

I don't want to pick on Feldstein, though, a great artist in his own right. I did note that his dialogue worked nicely, didn't I?

I'll note in Feldstein's defense that the picto-fiction line was aiming for an adult audience, so they probably figured the less comic-booky, the better. That's not what we want, of course, but most of us didn't exist in 1955.

Cap already mentioned this in "This Week in Comics" but the final volume of Frontline Combat shipped this week, meaning that the entire "New Trend" line is now available in hardcover!

Jeff of Earth-J replied to The Baron's discussion Movies I Have Seen Lately
"FROM RUSSIA WITH LOVE: I'll save my comments for Cap's discussion (which should be up…"
3 hours ago

Jeff of Earth-J replied to Jeff of Earth-J's discussion T.H.U.N.D.E.R. Agents
"ISSUE #10: The same format as the previous two issues, except the artist for the present day…"
8 hours ago

Richard Willis replied to The Baron's discussion Movies I Have Seen Lately
"JD DeLuzio said: Speaking of Mansters, I re-watched Matinee for the first time in many years.…"
8 hours ago

Jeff of Earth-J replied to Jeff of Earth-J's discussion T.H.U.N.D.E.R. Agents
"ISSUE #9: Same artists and format as last issue. I think by #8 I was reading only the Mike Grell…"
8 hours ago

Richard Willis replied to Steve W's discussion A Cover a Day
"No-one has objected.  Does that mean we have the next four months lined up? Feb 2023 -…"
9 hours ago

Richard Willis replied to Steve W's discussion A Cover a Day
"I think that's a good idea, too."
9 hours ago

Jeff of Earth-J replied to Jeff of Earth-J's discussion T.H.U.N.D.E.R. Agents
"ISSUE #7: NOW: Aboard a plane, Colleen peruses her mother's file. Her mother is the Iron…"
9 hours ago