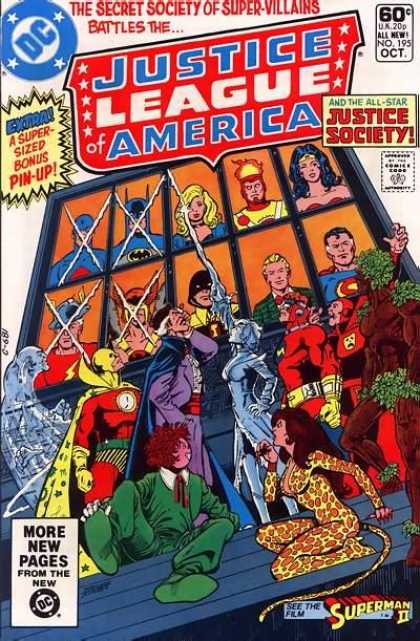 Philip Portelli replied to Steve W's discussion A Cover a Day
"Whirlwind tries to abduct a comatose Wasp from the hospital!  (One of my…"
45 minutes ago

Peter Wrexham replied to Steve W's discussion A Cover a Day
"Meh, it can't be that difficult.  Even Jimmy Olsen has done it!"
2 hours ago

Jeff of Earth-J replied to Steve W's discussion A Cover a Day
"This is the cover to one of my first comics books. I really wish DC was more diligent about…"
4 hours ago

Jeff of Earth-J replied to Jeff of Earth-J's discussion T.H.U.N.D.E.R. Agents
"...and thanks to everyone who read along as well."
4 hours ago

Eric L. Sofer replied to Jeff of Earth-J's discussion T.H.U.N.D.E.R. Agents
"Jeff and Richard - great recap of the multiple series. It's a lot of fun to read!"
5 hours ago

Eric L. Sofer replied to Steve W's discussion A Cover a Day
"The world's unluckiest doctor.... "Yes, you have to operate on Superman.""
5 hours ago

Jeff of Earth-J replied to Jeff of Earth-J's discussion Tales to Astonish
"Marie Severin - (Starting with #92...): I recently covered TTA #92-93 from another angle: TTA…"
7 hours ago

Jeff of Earth-J replied to Jeff of Earth-J's discussion T.H.U.N.D.E.R. Agents
"Thanks for participating, Richard. It's been fun!"
7 hours ago

JD DeLuzio replied to Steve W's discussion A Cover a Day
"This Teen-Age Romance is pregnant with implications. And how old is that Candy Striper, doc?"
8 hours ago

Richard Willis replied to Jeff of Earth-J's discussion T.H.U.N.D.E.R. Agents
"IDW: As I suspected (and feared), IDW's THUNDER Agents was a complete reboot. I…"
10 hours ago