Even though he rarely shows up to celebrate goofy comics with us these days, we can't let this special day go by without wishing our host Craig Shutt, aka Mr. Silver Age, the happiest of birthdays. 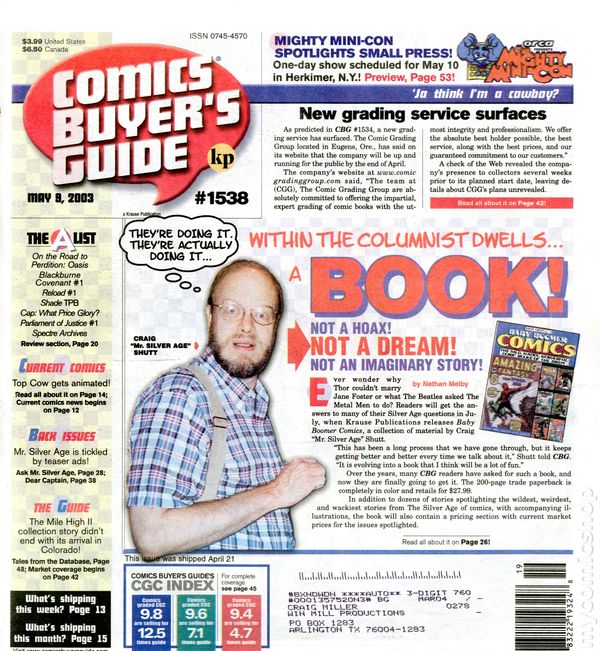 Thanks, Dave, I think! As I'm sure you'd be the first to point out, it's the thought that counts.

I'd like to celebrate Mr. Age's birthday in as generous a manner as possible

I don't think you need to qualify any of the terms, we just need to keep in mind who we're dealing with. I appreciate that you remembered.

Without giving anything away, simply put, in this particular war movie, we don't win it.

Good job not giving anything away. Spoilers, like knowing this was the first half of a two-part movie, would've ruined it.

Be that as it may, I have moved through the 5 Stages of Grief, and while I lingered a bit on Stage 2 Anger, I have come out the other side at Stage 5 Acceptance. My grieving for the third Spider-Man I've seen in the movies in about a decade is underway.

>>So here are a few comic book covers where all seemed lost, but happily, in comic books at least, death doesn't always mean forever.

As we all know, movies are nothing like comic books. I mean, were Bucky to die in the movies, he'd be Bucky-dead, to use a somewhat outdated comic book term. And, let's face it, the notion that they'd ever kill Barry Allen for real in the comics is pretty silly. Ha ha!

In any event, I'm looking forward to Avengers 4, when Thor, Cap & Iron Man stop the Masters of Evil from robbing a bank and the new GOTG with Vance Astro and Martinex. They should be exciting!

Has it been a year already? Happy Birthday, Mr. SA! 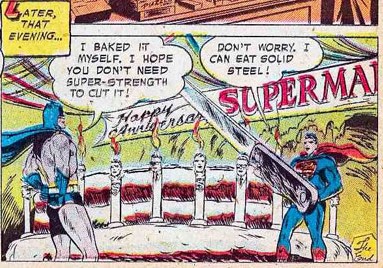 I don't have access to this message board during the day anymore (dang office filters), so I'll be a little late posting here this appropriately Silver-Agey cover I posted earlier today on Craig's Facebook page. to commemorate this should-be-a-national-holiday date. 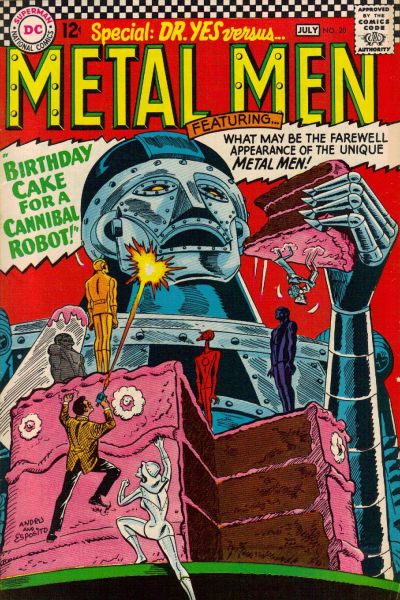 Thanks guys! Sorry about those work filters, Hoy, but we do have our standards here.