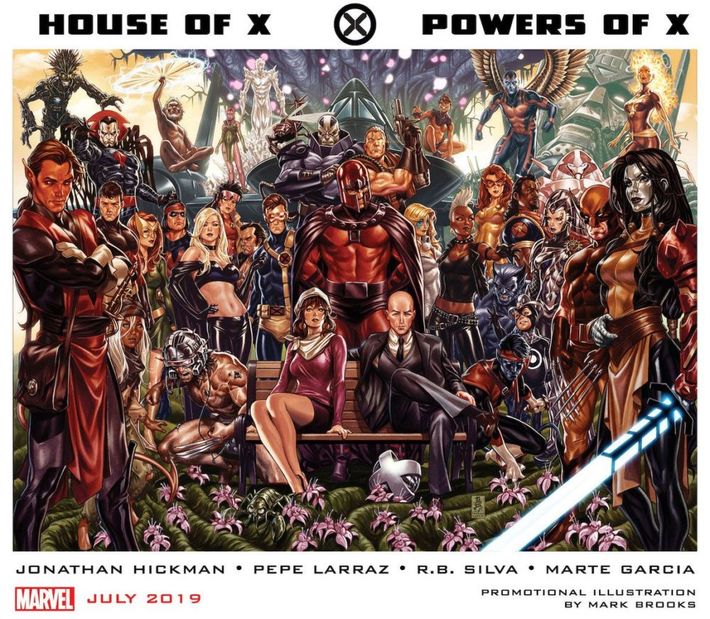 In the MU timeline, did Moira win a Nobel Prize when she was 28 years old, three years prior to giving birth to Proteus? I think this [apparently otherwise superfluous] detail is Hickman's way of letting us know that the "X" timeline is it's own thing... quite close to the reality we know, but different. 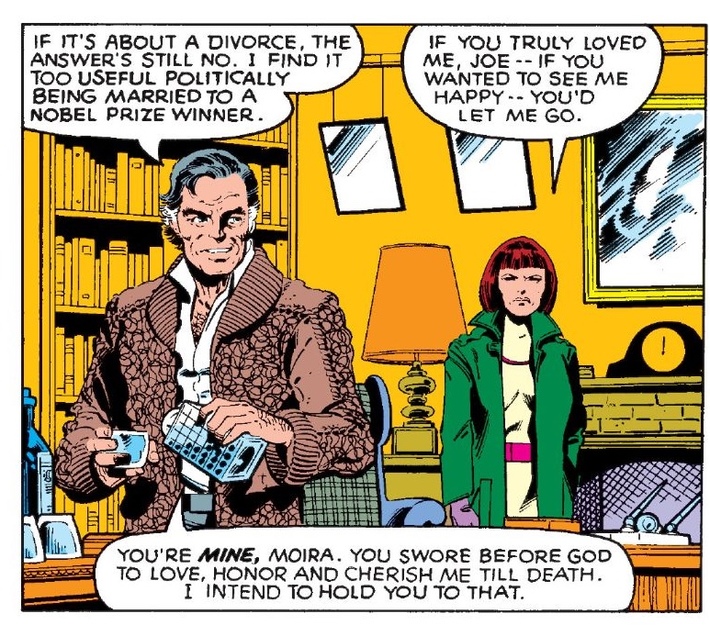 I came across a fan theory online that the story we're seeing in these books is actually occurring in two of Moiras's timelines.

So the House of X Year 10 story with the mutant nation of Krakoa would be occuring in Moria's 10th life, while the Year 100 story is occurring in her 9th life.

This is bolstered by the fact that Mr Sinister is mentioned on the timeline for the 9th life and there are text pages outlining his mutant breeding program.  The program creates mutant hybrid called Chimera from existing mutant DNA.  And in the year 100 story we see several hybrid characters such as Rasputin and Cardinal (who is theorized to be a combo of Nightcrawler and Azazel.)  This would explain Green Magneto as possibly being a hybrid of Polaris and others as Cap suggested.

“If this happens in Year 1 then I really don’t see how this can be a continuity implant. This has to be a new timeline. “

“This part of the narrative is still a bit abstract and very techy and doesn’t give the reader much to grab onto.”

“Jeff, House of X and Powers of X are coming out every week for 12 weeks, alternating. So if you don't get one every week, you missed one!

“But wouldn't it make more sense that our universe is Moira's latest life, Life 10?”

It would and it wouldn’t. For as long as Hickman’s tenure lasts, I think we’re supposed to assume this is the true MU timeline. But when writers with overarching vision eventually leave a series, as we saw when Morrison left, subsequent writers like won’t even want to follow the previous writer’s vision.

And I think it’s not. For now.

“I wondered about that too and was able to track this down from Uncanny X-Men #127.”

Oh, thanks! I had completely forgotten about that.

“I came across a fan theory online that the story we're seeing in these books is actually occurring in two of Moira's timelines.”

Now that you mention it, I find that possibility highly likely.

Rasputin and Cardinal are both X-Men combos, and so is Krakoa, in a fashion. It occurred to me after my last post on the subject that "Magneto" could be a chimera, too. But our only clue was the green costume, and I couldn't think of anybody with an all or mostly green costume at Marvel offhand, except early Quicksilver or Vision, neither of whom seemed likely. Until your post, Jeff. Could "Magneto" be a combo of the original and Genis-Vell?

Except he's not a mutant. I guess it could be someone with green skin, like Hulk, Drax or Gamora.

Or maybe Man-Thing, if it's spring.

But none of them are mutants, either. I might have talked myself into Quicksilver.

Could the Green Magneto be a hybrid of Magneto and Marvel Girl/Phoenix?

I just assumed the green costume could be a reference to Polaris, possibly with Havok spliced in as well.

There's been discussion that Wolverine may also be a Chimera that incorporates Sabretooth based on references that Apocalypse makes regarding his limitations.

And Xorn... who the heck knows??? Morrison revealed him to be Magneto, but then Marvel decided they didn't like that and embarked a series of more and more convoluted developments to make him a separate character. 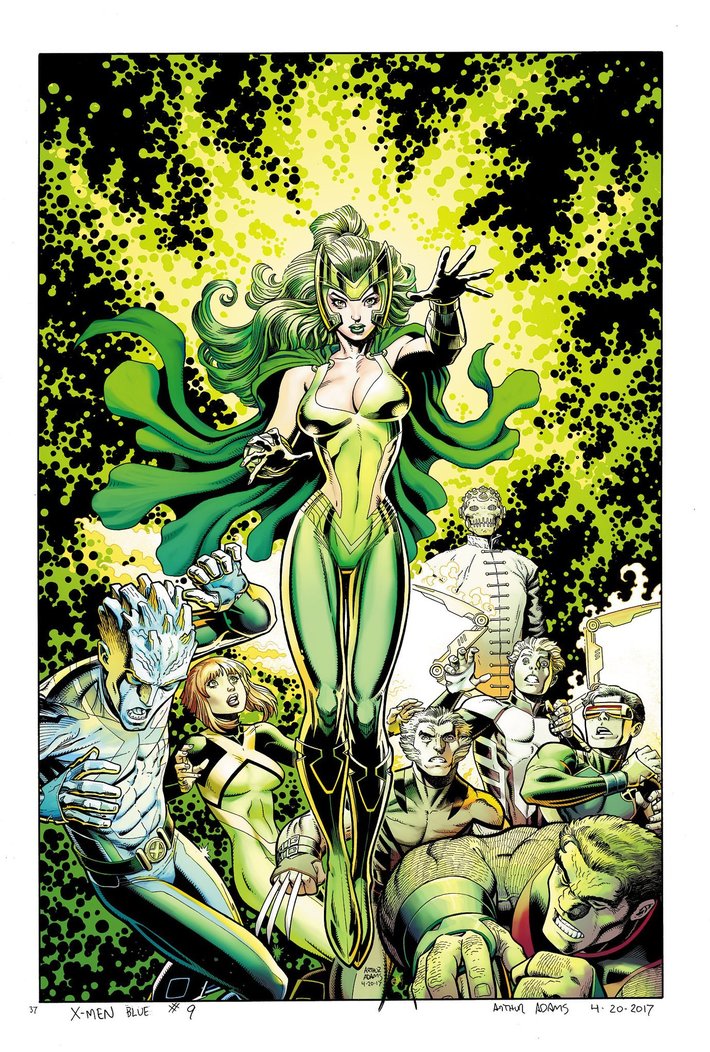 Bleeding Cool reports matter of factly that Green Magneto is a chimera of Magneto and Polaris, and "Wolverine" is a chimera of Sabretooth and Wolverine, both from the the first wave of chimeras, which bonded mutant DNA that was already similar. Thus the reduncancy. So you're spot on, 'Tec, if BC is to be believed.

Evidently Apocalypse is the only survivor from the present, and to a degree Krakoa, who has bonded with the DNA of Douglas "Cypher" Ramsey, who was dead once but seems to be alive currently, with a Warlock arm. Or something.

From the Marvel Monsters Files from 2005: the Krakoa entry was "writtem" by Professor X himself who spoke of the Living Island's ability to telepathically manipulate mutants to feed off their energies and that he battled its collective mind. Krakoa also returned several times in different forms and incarnations in books like Quasar and Excalibur.

Which only bolsters the theory that Krakoa has a much bigger role in House of X unless it's just a homage to Giant-Size X-Men #1.

And what did Krakoa do, exactly, in Giant-Size X-Men #1? Why, he captured all the X-Men to feed off their energy, and sent Cyclops back out as a stalking horse to bring back more X-Men. Which is totally different than what's going here, where Professor X is going out and bringing back hundreds of mutants, to live on Krakoa in perpetuity.

And why should we consider Krakoa to be benevolent now?

Perhaps he is controlling Professor X and using their combined power to influence the others but he may be speaking through Magneto.

He was benevolent in Wolverine and the X-Men. But his turnaround was never explained AFAIK, so we might shouldn't take it at face value.

OTOH, if we're looking 10 and 100 and 1,000 years in the future and there's no mention of a huge betrayal by Krakoa, then maybe we're just being paranoid.