Jenette Kahn joined DC in 1976 After 26 years with DC, she stepped down in 2002 to pursue other endeavours

What did she do right at DC and where did she go wrong?

In my re-reading project, I just got up to the point where she joined DC.  One almost immediate thing (assuming she had anbything to do with it) was, DC apparently hired someone to re-design their overall cover "design".  For a couple years before that, they had just about the WORST general cover layout scheme I have ever seen in the history of the biz.  Afterwards, things were "cleaned up" quite a bit and better organized.

Probably related, the DC logo which was rotated at about 45 degrees to the left, with the wide circle and the 4 stars in it, looking like a "sports" logo, was introduced on the APR'77 covers.  They kept that for a LONG time!

I'll be interested in reading the responses to this.  By the time she came on board, I wasn't looking at the behind-the-scenes stuff at DC too closely.

I did like her when she played "Laura Petrie" on The Dick Van Dyke Show, though . . . . 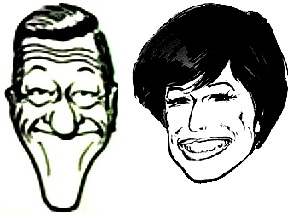 Didn't they bump her off in "Identity Crisis" ?

Regarding exactly when she took over, according to this page Carmine Infantino was fired in Jan. 1976. I can't say how quickly she arrived after he left, but according to the same page (which incidentally misspells her name) her publisher credit first appears in "September issues", by which it means comics cover-dated for September, which appeared on the stands in May and June. An editorial announcing her arrival appeared in comics cover-dated for Mar. and Apr. 1977.

Around Feb. 1976 DC's standard-size comics got down to 17 pages. In connection with the DC Explosion DC planned to increase the length of its comics and introduce back-up strips. The DC Explosion turned into the DC Implosion, but the intended format was briefly used for some titles (e.g. Superman ##327-329), and was reintroduced in June 1980, when it became normal for DC titles. From what I can tell this preceded by Marvel's increase of its normal page-count by a couple of months; but when it did it didn't increase it as much as DC, so DC's comics carried more story pages than Marvel's for a couple of years. (The issue data at DC Indexes, which I've been using, indicates DC initially went up to 25 and Marvel to 22. At the end of 1981 DC's apparently had 26 or 27 while Marvel's usually had 21 or 22.)

...Luke , DC's giants , in the general sense , featured all reprints ( Maybe there was an occasional exception to that . ) throughout the Infantino-headed 70s , including , as I have been known to nostalgize about , the first year-or-so of 100-Pg. Super Spectaculars , which were 100% paid advertisment-free ( Which is the only justification for referring to a standard 96-pages-plus-cover comic book as a " 100-pager " , in my book . ) , in was in the middish 70s , I guess in Carmaine's last years , that the format of " a standaed 320pager's worth of new material , then reprints " for iaint-sizers came along .

There was a period in 1971-72 when DC's standard titles commonly carried reprints behind their lead stories and cost 5c more than Marvel's. (This was while Kirby was doing the Fourth World titles, so a number of those issues are examples.)

Later in the decade - as you say, towards the end of the Carmine Infantino period DC sometimes included special giant issues with new lead stories backed by reprints in the regular runs of its comics (e.g. Kamandi #32). Justice League of America and Shazam! were regularly published in this format for a period. So were Batman and Detective Comics; while they were both were bimonthlies, and appeared alternating months. This was also the initial format of Superman Family and Batman Family; after Kahn took over they switched to all-new content. Tarzan Family was also in this format, but its reprint content included newspaper strips.

I remember reading on of the first things she did was get rid of the old name of National Periodical Publications and officially call the company DC Comics Inc. She also had the DC bullet redesigned.

I also read she wanted to get rid of DC's anthology titles - Action, Adventure, Detective, but thankfully she was dissuaded. One idea I liked, but also never happened, was her suggestion to make all the titles 64 pagers as in the Golden Age. I know some books, like the anthology titles mentioned above, tried this but she wanted the whole line to change.

Yes , I rather  remembered that the later-Infantino period had the combination new-reprint titles , and that some titles were permenantly in that format while others were one-or-two issues during that period - I didn't recall the specifics as you do , I guess .

I also recall that , during that period , first it was 60c 96-pagers , suceeded by 50c 64-pagers when the general price went up . What was your initial mistake on Tarzan Family ?

Yeah (I guess I never bought it - Did it start at #1 ?) , TF included Russ Manning colorized?? newspaper strips , right ? It included some DC-owned stuff , too .

My mistake was writing it switched to an all-new or mostly all-new format at the end. The final issue had more new pages than reprint pages, but from what I can tell from the GCD around a third of the issue consisted of reprints from back-up series from DC's Tarzan title. The strip reprints in the other issues included Russ Manning ones, but apparently also Hal Foster ones. I think at least one of the Manning sequences listed at the GCD is a Sunday sequence I've read, but I don't know if the syndicate provided DC with a colour guide or if DC had it coloured from scratch.

Luke, your descriptions match my memories from back then.  I guess I was right about the DC bullet.  I noticed when doing my "New Gods" project that the DC "Super-Spectaculars" with a new story and multiple reprints coincided exactly with Marvel's "Giant-Size" books (1 new story and 1 reprint).

One thing I liked was having something like DETECTIVE COMICS as a giant, and turned back into an anthology, so you actually got multiple stories in every issue.  A "regular-sized" anthology seems a contradiction in terms when you really think about it, an example of how anemic the industry had in fact become by then.

During the period from when I started buying the occasional new DC (Steve Englehart's brief time at the company, driven there by Gerry Conway's antics at Marvel) up to CRISIS, I noticed a slow, inexorable trend wherein I found myself enjoying DC's MORE than Marvel's.  Countless fans over the years have repeatedly pointed up some of the revitalizations of a few old Marvel books during Jim Shooter's time as EIC, but these were all, frankly, short-lived, and dependant on a single creator on each book.  With DC, it seemed a more consistent trend.  Until CRISIS changed far too much at once, of course.  Shortly after CRISIS, there were some fabulous comics coming from DC... but there was also a growing sense of chaos, the antithesis of what CRISIS, allegedly, was trying to do.

I suppose it became easier to copy Marvel when Gerry Conway, then moreso, Jim Shooter, began driving so many Marvel mainstays away from the company into the arms of its chief rival.  I've heard over the years that DC has a bad habit of "shooting themselves in the foot", but clearly, they weren't the only one.

There was a fantastic issue of Back Issue that had a many-pages article all about Jeanette Kahn's days at DC. It came out last summer, I want to say.

The Baron replied to The Baron's discussion Ultraman Manga, by Eiichi Shimizu & Tomohiro Shimoguchi (Mildy Spoiler-ish)
"Volume Eleven The Ultramen defeat the Star of Darkness.  The last surivivor is their leader,…"
28 minutes ago

The Baron replied to The Baron's discussion Ultraman Manga, by Eiichi Shimizu & Tomohiro Shimoguchi (Mildy Spoiler-ish)
"Volume Ten Our heroes head to NYC, where the Star of Darkness types announce that they're…"
2 hours ago

Richard Willis replied to Jeff of Earth-J's discussion Sandman (TV)
"Richard Willis said: According to Wikipedia, the episodes have a "Running time…"
2 hours ago

Jeff of Earth-J replied to Jeff of Earth-J's discussion Swamp Thing
"ISSUE #126: An offbeat fill-in issue written by Dick Foreman in which Swamp thing aids a burned-out…"
6 hours ago

Lee Houston, Junior replied to Steve W's discussion A Cover a Day
"Never have been to Mardi Gras, which has to be the biggest carnival short of the annual one in…"
7 hours ago

Richard Willis replied to ClarkKent_DC's discussion Nichelle Nichols, "Star Trek's" Uhura, dies at 89
"For those of you who have access to Paramount+ a very good documentary on Nichelle Nichols. 96…"
7 hours ago

Rob Staeger (Grodd Mod) replied to Jeff of Earth-J's discussion Dark Shadows
"Ah, now that I'd heard of! I used to watch Rockford on that."
8 hours ago

ClarkKent_DC replied to Jeff of Earth-J's discussion Dark Shadows
"FreeVee used to be called IMDbTV until about a month or so ago. "
8 hours ago