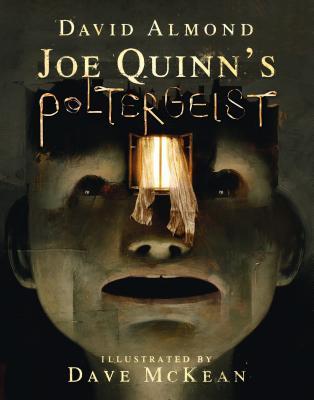 This is an illustrated David Almond short story rather than a true graphic novel. But it's illustrated by Dave McKean, an artist whose multimedia work is never less than stunning. Joe Quinn tells everyone about the poltergeist in his house: a "playful ghost" responsible for things flying through the air, resulting in broken plates and windows. No one believes him, except his friend Davie. Davie has had his own supernatural experiences, along with the memory of his beloved sister and a feeling that ghosts might exist.

He asks his Catholic priest Father Kelly to witness. But Kelly has his own crisis of faith, which eventually results in his return to Ireland and his unfrockment. Davie increasingly comes to believe that he is the source of the poltergeist activity. In his absence Joe Quinn's poltergeist disappears. "And there will be other occurrences, an immensity of them, and the world and all that's in it will continue to hum and sing, to shake and shine, to hold us in its darkness and its light."

It's a haunting story--literally--which is not resolved. Almond's story is given a rich visual presentation which amplifies it, a visual narrative deeper than the prose it is based upon. McKean fans should not miss it.