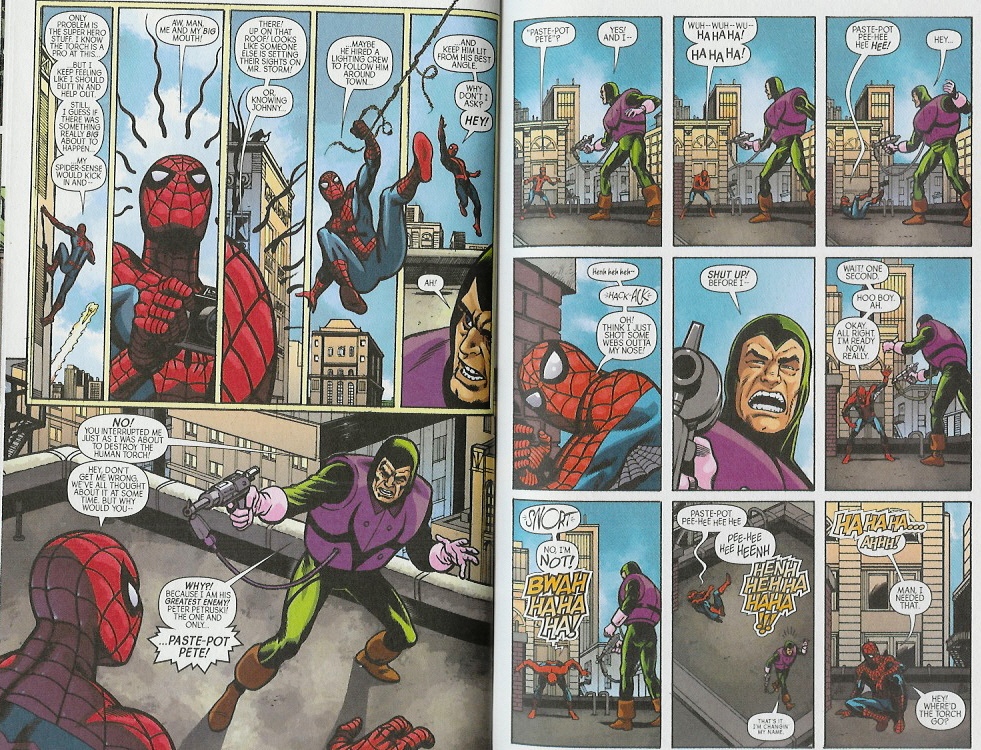 Richard Willis replied to Jeff of Earth-J's discussion T.H.U.N.D.E.R. Agents
"IDW: As I suspected (and feared), IDW's THUNDER Agents was a complete reboot. I…"
1 hour ago

Luke Blanchard replied to Jeff of Earth-J's discussion Tales to Astonish
"For the bulk of his first story the Stranger is our size. He turns into a giant when he reveals…"
2 hours ago

Richard Willis replied to Steve W's discussion A Cover a Day
"Talk of copying reminded me of this court case. The cover of this comic uses a photograph of singer…"
6 hours ago

Irma Kruhl replied to Steve W's discussion A Cover a Day
"Yep, Adkins sure took Wood's advice to heart--not surprising at all, since Adkins started out…"
11 hours ago

Richard Willis replied to Jeff of Earth-J's discussion T.H.U.N.D.E.R. Agents
"As I mentioned, I began tradewaiting with DC v2. Consequently, as a tpb of DC v2 was never…"
12 hours ago

Dave Palmer replied to Steve W's discussion A Cover a Day
"That's amazing. Wally wood did say "Never draw anything you can copy, never copy anything…"
12 hours ago

Lee Houston, Junior replied to Steve W's discussion A Cover a Day
"I'm sure she's still around the Marvel Universe(s) somewhere. (Image courtesy of the…"
12 hours ago

Richard Willis replied to Jeff of Earth-J's discussion T.H.U.N.D.E.R. Agents
"NoMan says that the enemy now has “a cloak,” while wearing a purple version of the…"
12 hours ago