What do these mean? Beats me! 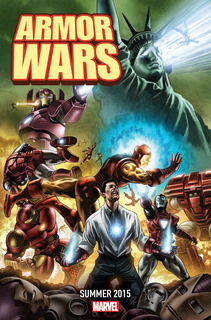 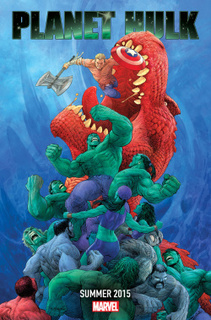 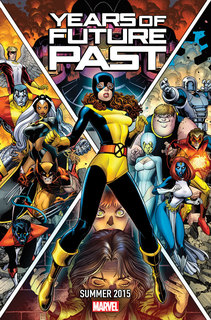 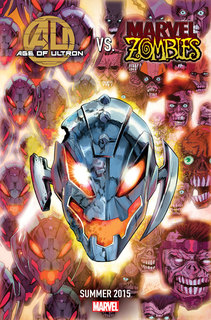 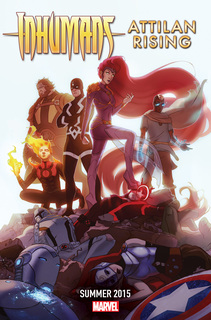 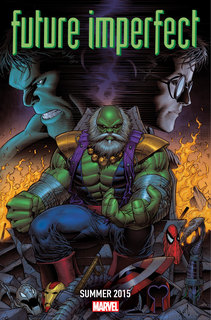 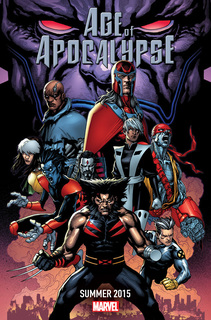 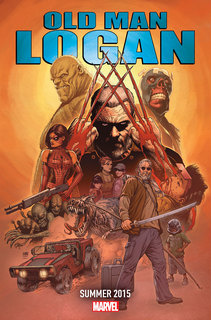 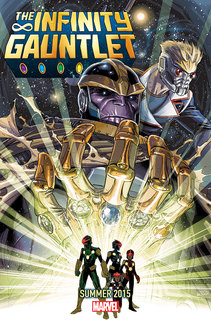 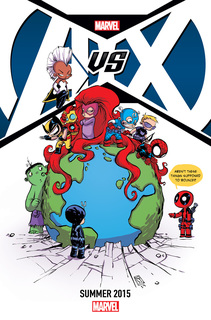 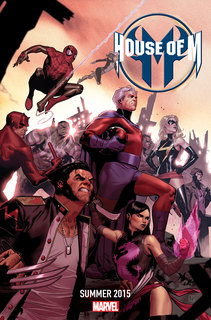 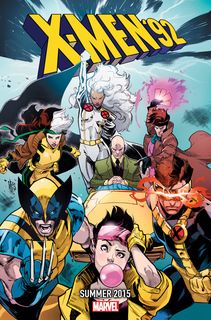 (1) This might be a Summer event in the form of a series of minis, like Age of Apocalypse.

(2) The theme might be war between alternative universes and/or alternative futures. That fits Age of Ultron vs. Marvel Zombies and could fit Armor Wars, if those are different versions of Tony fighting each other.

(3) Alternatively, Armor Wars might depict a future where Tony didn't set out to destroy the copied versions of his technology as he did in "Armor Wars", or a future in which he gave his technology to the government and it got out of his control.

(4) The different Hulks on the Planet Hulk cover be alternative universe versions of the Hulk and She-Hulk, or from a future in which everyone is a Hulk, or the Hulk at different ages with the Red Hulk and a couple of She-Hulks thrown in. I originally wrote they could be descendants of Skaar's, but that can't be right as a couple of them are wearing Earth clothing.

(5) I think that's Devil Dinosaur and a grown-up Moon Boy behind the pile of Hulks on the Planet Hulk cover. The Hulk met them in Marvel Monsters: Devil Dinosaur #1 (2005), but I don't know what happened there.

(6) Civil War might involve a universe where the events of the Civil War event played out differently.

It does seem as if they're revisiting big storylines of the past. Possibly part of "time runs out"? Since I'm a good six months behind on Marvel anyway, it's all Greek to me.

I'm vaguely interested in the Planet Hulk cover, which has what looks like Devil Dinosaur and Captain America (Rejuvenated! Gosh, didn't see that coming!) leaping down with both shield and Thor's Jarnbjorn. That certainly wasn't part of the original Planet Hulk, nor were all those other Hulks.

I've got to say... as someone who's read only 2/5 of those series, the prospect of revisiting them has less than 2/5 appeal to me. It looks like we've finally achieved maximum crossover. It's not the characters who are are crossing over, but the crossover storylines themselves!

Could be a real treat for the people that love the big Marvel events, though. If DC were doing this, I'm sure I'd be all over it.

The Spidey "Renew Your Vows" is an old one?

The Spidey "Renew Your Vows" is an old one? 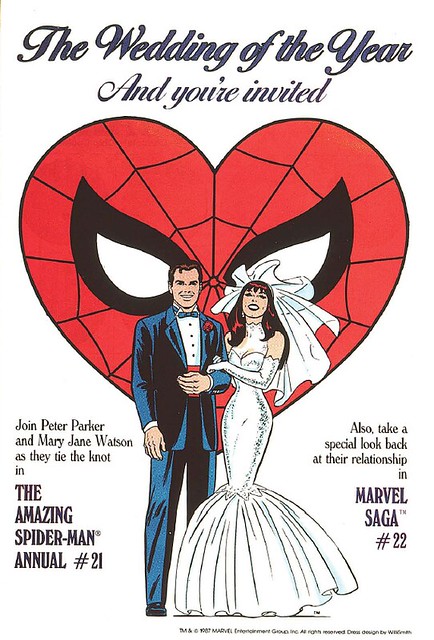 I'm guessing it's a reference to the wedding of Pete and MJ -- the art is reminiscent of the wedding cover (right). Most of these teasers seem like an update or a variation -- for example, one is combining the Marvel Zombies series with Age of Ultron, which happened separately. "Years of Future Past" is a play on "Days of Future Past" without being identical. And  so on.

I'm guessing all of Wolverine's time-hopping has resulted in a temporal crisis of some kind, and all of these events will be re-visited, and perhaps changed a bit in a new timeline, or relegated to parallel timelines or something.

Anybody got a better guess?

I just added what I think are the last two of Marvel's mystery teasers, "X-Men '92" and "Everything Ends."

Is it strange they're releasing information on Summer 2015, and teaser images, this far ahead? They must have started work on the event in September or earlier.

I think the common thread is roads not taken. Several relate to possible futures (Years of Future Past, Future Imperfect, Old Man Logan) and several alternative presents (Age of Ultron vs. Marvel Zombies, Age of Apocalypse, House of M). The Amazing Spider-Man: Renew Your Vows cover seems to depict a timeline where Spidey remained married to MJ (and either never lost Baby May or recovered her).

The precise choice of year in the title X-Men '92 seems notable. Would 1992 be the height of the X-Men's popularity? X-Men volume 2 started in 1991. That was also the year Chris Claremont was forced off the X-books. 1992 was the year Image was founded. It was also the X-Men's thirtieth anniversary. Comichron says 1993 was "the most successful year in comics industry history".

Permalink Reply by Chris Fluit on November 23, 2014 at 7:33am
Allegedly, the 92 in X-Men 92 refers to the popular cartoon series which debuted that year. Though, personally I thought X-Men Evolution was the better show- and has better potential as an alternate reality since the Fox show didn't change much.

Thanks, Chris. In that case the tie might be to its comic book version, X-Men Adventures, which the GCD tells me also started in 1992.

From what I can tell, the comic followed the cartoon in retelling X-Men storylines, and the cartoon outlasted it. Wikipedia tells me in the final episode of the cartoon Magneto abandoned a plan to attack humanity and Xavier left Earth. Perhaps the comic will continue the story from there.

The 1992 version may have been chosen for the presences of Gambit and Jubilee.