NIGHTMARE CASTLE (1965, b&w): Another of Tracy's B-flicks. This one features a young Barbara Steele, who played Dr. Julia Hoffman on the Dark Shadows revival series in '90/'91. Actually, it's interesting to consider what she might have done with the role had she, and not Grayson Hall,  been cast to the daytime soap opera when Julia was introduced in 1967. Nightmare Castle and Dark Shadows have quite a bit in common, as it turns out: they are both gothic; there is a portrait with some identifying jewelry; dreams, and other elements as well.

Technically, the soundtrack was much clearer than any of the three previous movies on Tracy's set, but it was almost like English being dubbed into English because the lips and dialogue didn't quite synch up. (Wikipedia tells me this is an Italian film, so maybe it is Italian dubbed into English, but I don't think so.)

The plot was somewhat convoluted, and there were at least three occasions in which the director could have done a better job explaining exactly what the heck is going on. Barbara Steele plays the dual roles of Murial and her "identical stepsister" (?) Jenny. Murial is an unfaithful wife, and is caught in the act of cheating by her husband, Stephen Arrowsmith.

Arrowsmith never loved his wife in the first place, and was hoping to inherit her wealth and castle. He tortures them by disfiguring her lover with a hot poker and pouring acid on her face. Then he electrocutes both of them. Before Murial dies, however, she reveals that she has changed her will, leaving everything to her insane stepsister Jenny. Arrowsmith drains her blood and keeps her heart in an urn. He then uses Murial's blood to revive his elderly maid, Solange, who is also his accomplice.

He then goes to the insane asylum and marries the stepsister, Jenny, so as to control her wealth. Jenny is not so very insane but, according to her doctor, she is right on the edge and could be pushed over very easily. Her doctor is also her personal friend, and comes to the castle for an extended visit to check in on her. Jenny becomes possessed by the ghost of her dead stepsister and hijinks ensue. Arrowsmith and Solange come to suitably graphic ends, and the doctor ends up with the girl.

I found this movie to be quite entertaining and would certainly watch it again in the future.

Barbara Steele is something else. Here is her bio from IMDB.

I first saw her in the movie The Silent Scream (1979), which guaranteed that I would always remember her reaching for the huge knife when I heard the opening of the song "I Love You Baby, Oh Baby I Do." It sounds like an authentic late 50s song but it was composed for the movie. I swear I've heard it elsewhere.

Everyone seems to know her from Black Sunday (which I saw years later). Like many of her films it was made in Italy. 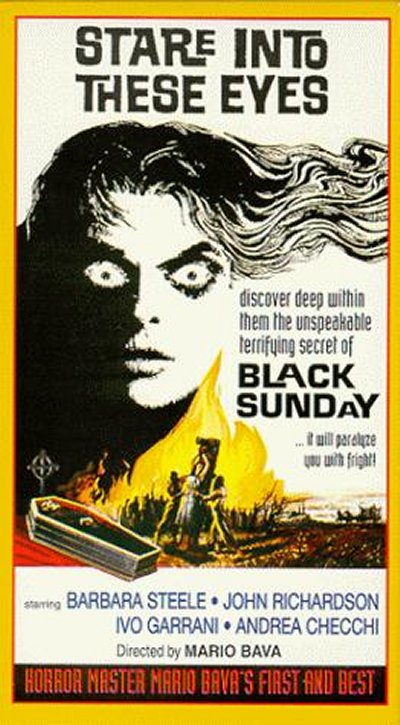 Bela was uniquely suited to play "his" Dracula, and he doesn't seem to have expanded beyond that.

I believe that you are correct.  If you watch the film, it is somewhat "stagey".

I used to have an issue of Famous Monsters of Filmland, and one article profiled Bela Lugosi, and he talked about how he had a theater background, but working in movies was a lot different, and he thanked his director for helping him "unlearn" those habits he developed from the stage.

Apparently I am in the middle of a "Bela Lugosi" disc, with two Lugosi movies on side A, two on side B. I have seen these movies from time to time over the years in knockoff bargain bins, but I haven't watched them until now.

INVISIBLE GHOST (1941, b&w): Antecedent action: Lugosi character's wife cheated on him and was killed in a car wreck, along with her lover. Little did he know, she survived the crash and is being kept on the premises of the estate by the caretaker.

As the movie begins, Lugosi is pretending to have dinner with his wife, much to the shock of his daughter. (Apparently, this is something he does every year on the anniversary of her supposed "death.") But the wife, far from a ghost and far from invisible, is insane, and she has recently discovered how to escape from her imprisonment, usually late at night, and roam the grounds. Every time Lugosi sees her at the window, he goes into a trance and murders a guest in his household.

The same I referred to Lugosi as "only a mediocre actor" I saw this, probably the best performance of his (other than Dracula) I have seen on film. A portrait of the dead wife plays a prominent role in the film. When one of the murder victims is discovered, John Phillip Sousa's "Liberty Bell March" (a.k.a. the Monty Python theme) was playing loudly on the radio. (Tracy and I made the appropriate sound effect at the proper place.) Lugosi uses an unusual murder weapon throughout: his house robe. Not just the belt, but he throws the entire robe over them as if he's playing peek-a-boo.

There is one other aspect of the film I found unusual enough to mention in its own paragraph. Lugosi has a Black butler, in a 1940s-era horror film, who is not a stereotype and is not played for comic relief. In fact, he is treated with respect by all the other characters: his employer and his family, other servants, houseguests and police. Being the butler, he does eventually fall under suspicion for the murders, but you gotta expect that. 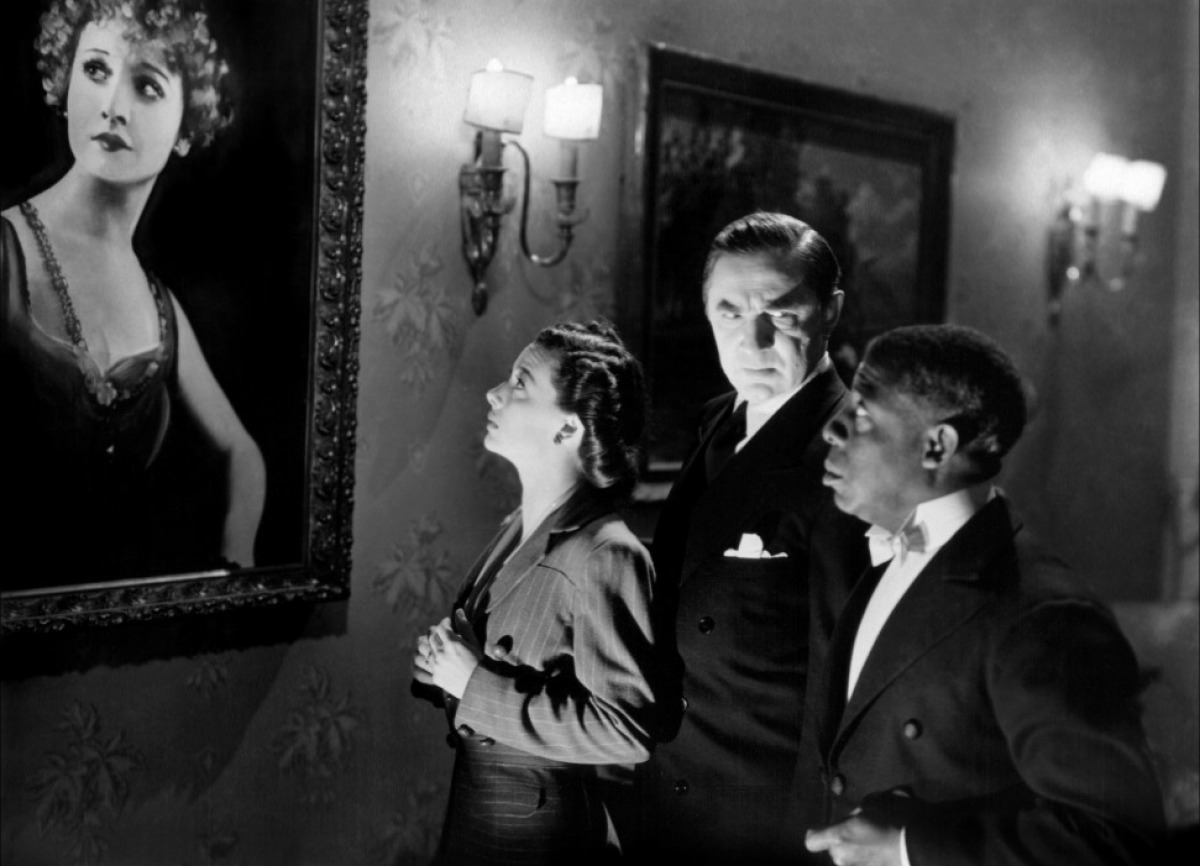 That's Clarence Muse in the photo as the butler.

When I'm inspired to see an old movie I'm often disappointed that it's not available.

Not so with Invisible Ghost. It's available for rental on Prime, and is discounted from 99 cents to free. I'm going to watch it now.

VARAN THE UNBELIEVABLE: I'm going to take a brief break from Tracy's B-movies (and Bela Lugosi) as well as other late Showa era Godzilla movies to watch one or two other Toho films. It has long been a goal of mine to watch the "solo" movies of all the monsters featured in Destroy All Monsters and which didn't debut in earlier Godzilla films and I have not seen before. First up is Varan the Unbelievable.

This is the first time I've seen this movie. I'm not going to provide a lengthy plot summary other than to say if you have any interest in it at all and have never seen it, you will find it well worth your time. It is more comparable to the original Godzilla, King of the Monsters (or Gojira, if you prefer) than to later Showa era Godzilla movies. It also bears striking similarities to the original King Kong (Tracy and I both remarked on it). It has a good score, and the subtitles are very easy to read.

One advantage of watching these movies on DVD is being exposed to trailers of other Toho movies; that's how I was introduced to Latitude Zero (p. 365). This DVD's trailers include The Mysterians (1957) and Matango - Attack of the Mushroom People (1963)

I have copies of both of these.  In fact, I just re-watched Matango a few days ago,