THE THREE MUSKETEERS: I first saw this 1973 film with its 1974 sequel in 1975 as a double feature when I was eleven years old and I like it as much now as I did then. I knew it was based on a novel by Alexandre Dumas and I thought surely they must have dumbed it down quite a bit and added a lot of slapstick to appeal to a kid such as I was then. In addition, a peer once told me the original novel was "boring." But no, once I finally got around to reading the novel when I was in college I discovered that it was quite funny and the Richard Lester film followed the novel quite closely.

And what a great cast! Oliver Reed, Richard Chamberlain, Frank Finlay, Michael York, Raquel Welch, Christopher Lee, Faye Dunaway, Charlton Heston. Best of all (as I grew to appreciate years later), the swordfights were choreographed (for the most part) in such a way as to reflect how they would have actually been fought, not as they are usually depicted in Hollywood. I understand there have been more recent versions (1993, 2011) but not for me. This is my Three Musketeers. 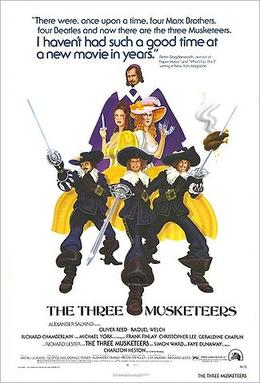 This was also my introduction to the classic story (excluding some exposure to the Hanna-Barbera cartoon that ran on The Banana Splits): 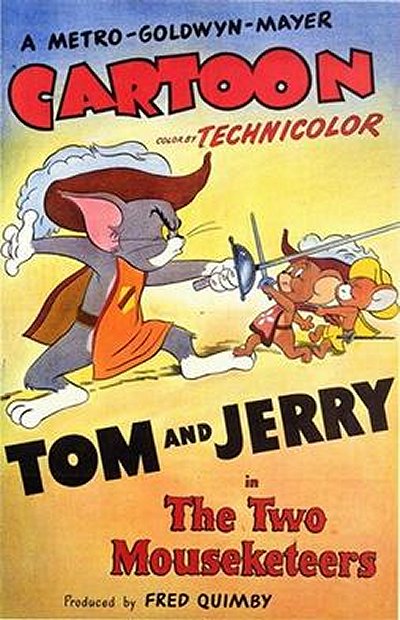 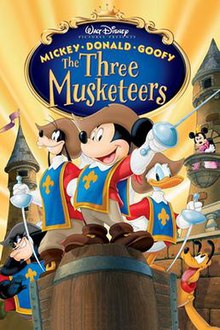 THE FOUR MUSKETEERS: I didn't know anything about the Salkinds' shady (some would say "illegal") business practices in 1975 when I saw this movie for the first time, and the knowledge doesn't really detract from the experience of watching it now.

A couple of years later, I remember hearing about The Fifth Musketeer which I thought was a sequel. I would have gone to see it I had had the chance, but it never came to my town. A brief search of the internet now tells me it isn't a sequel, anyway... 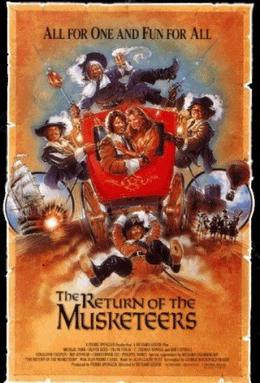 I'm going to have to see where it's available (on DVD, I hope, because I have the other two).

Another Altman movie I'd recommend would be Gosford Park -- basically Downton Abbey with a murder. In fact, it was written by Downton Abbey creator Julian Fellowes.

We rewatched this recently, having forgotten most of the plot over years of them being confused with Downton, which reused some of the same bits. Downton Abbey was originally conceived as an adaptation of this, though they decided to create an original but similar series. It's not just Downton with a murder: it tears and pokes at the nostalgia and serves up an aristocratic family whom we don't like, for the most part. Who didn't want to see the murder victim get knocked off?

I also saw CBGB (2013), a visually impressive recreation of Punk's heyday with a lot of comic-book flourishes. The characters and plot go nowhere, however, and it tends to glamorize its subject matter in a manner that (though I am no expert here) seems antithetical to the spirit of punk.

Re-watching The Day the Earth Stood Still (1951).  According to the commentary track, they originally wanted Claude Rains to play Klaatu, but he wasn't available, so they went with Michael Rennie, and I think that they were just as well off, because Rennie is believable as someone who isn't some of us.  He conveyed a sense of "otherworldliness" that any amount of make-up or prostheses or CGI doesn't always achieve.

I'll also say that Klaatu's society - a world where peace is enforced by killer robots that incinerate anyone who gets out of line - doesn't sound so great to  me.

If I was doing a sequel to this picture, I'd set it a hundred years later, and humans have learned to cooperate and stop killing each pother, in that they cooperated to secretly develop and manufacture a fleet of robot-killing starships and went out and conquered the galaxy.

"If you'd studied us a little more closely, you might have understood that when we stop killing each other, it's usually because we've found someone else to kill, instead."

THE MISSOURI BREAKS: This may not be the greatest western ever made, but where else are you going to see these two Oscar winners together at the top of their craft? I kind of associate this one with The Three/Four Musketeers because I saw them right around the same time. I think all three transcend the decade, yet aren't well-remembered today. 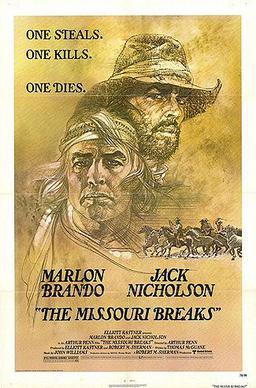 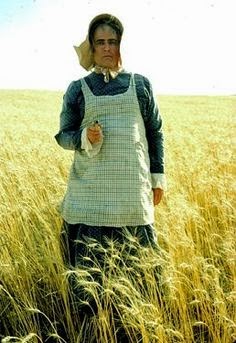 JUSTICE LEAGUE: THE NEW FRONTIER: After rereading DC: The New Frontier yesterday I thought I'd re-watch the animated version. It's a good adaptation, meaning that, like the cartoon versions of Batman: Year One or The Killing Joke or The Dark Knight Returns or All-Star Superman, it suffers in comparison to the original. Best not to watch any of those too soon after reading the comics versions.

Philip Portelli replied to Steve W's discussion A Cover a Day
""NO WIRE HANGERS!!!""
2 hours ago

Jeff of Earth-J replied to Wandering Sensei: Moderator Man's discussion What Comic Books Have You Read Today?
"EDITING..."
2 hours ago

Tracy of Moon-T replied to Wandering Sensei: Moderator Man's discussion What Comic Books Have You Read Today?
2 hours ago

Jeff of Earth-J replied to Wandering Sensei: Moderator Man's discussion What Comic Books Have You Read Today?
""GOLDEN AGE" FIND!: When I went to my LCS today, the owner pulled out a box of his most…"
2 hours ago

Jeff of Earth-J replied to Jeff of Earth-J's discussion Ultraman Tiga
"Yikes! It's been four months since we stopped watching Ultraman (Tiga). Now that TV is off the…"
2 hours ago

Philip Portelli replied to Steve W's discussion A Cover a Day
"And that Lana calls her husband "Superman-Blue" in private!"
3 hours ago

The Baron replied to Steve W's discussion A Cover a Day
"I like how he says "Lois Lane", so that Lana knows he doesn't mean Lois Witkowski or…"
3 hours ago

Philip Portelli replied to Steve W's discussion A Cover a Day
"This is one of my favorite "Imaginary Stories". And I always felt sorry for little Kal-El…"
3 hours ago