I watched Chandu the Magician (1932). This was based on a radio series which was a precursor to comics' superhero and magician features. The film might be the first superhero movie about the superpowered type of superhero. France's Judex (1916) is the earliest film example I'm aware of the nonpowered type.

The film is episodic and serial-like, but with good production values. It was co-directed by William Cameron Menzies, a great production designer who directed or did production designs for some number of famous genre films. The star is Edmund Lowe, a very American actor with a wryly amused demeanor. He's miscast as a adept of Eastern secrets, but I like the actor and chose to take his casting as goofy fun. The villain is played by Bela Lugosi, who does only does standard Bela Lugosi schtick.

Lowe was a star in his day. He and Victor McLaglen played feuding marines named Quirt and Flagg in the silent hit What Price Glory (1926, based on a play), and reprised the roles in a series of sound sequels. It's my guess these were the source of the feuding buddy soldiers genre.

Lugosi played the role of Chandu in a later serial, The Return of Chandu (1934), which I haven't seen. The character was the evident inspiration for the name of Chondu in "The Wrath of Chondu!" from Tales of Suspense #9, where Chondu is obviously based on Lugosi. The reprint of the story in Weird Wonder Tales #7 led to Steve Gerber's casting him as one of the villainous Headmen in The Defenders. I thought the ToS story drawn by Gene Colan, but the GCD attributes it to Doug Wildey.

For those of us that love the Bogart version on The Maltese Falcon, TCM is showing the 1931 version starring Ricardo Cortez at 12:45 AM Thursday September 15 (Eastern Time), which equals 9:45 PM Wednesday September 14 (Pacific Time). It should be available to watch at TCM.com following that.

I saw it a while back and plan to rewatch it. At a whopping 75 minutes, it's a good effort. Ricardo Cortez made several movies in that time period. Cortez is a decent actor. I think he was being promoted as a matinee idol. He acquired a Spanish screen name, probably for that purpose. His birth name was Jacob Krantz.

My comments about The Others (2001) were completely irrelevant. Somehow, I got the impression or was told that it was an adaptation of The Turn of the Screw. It isn't, but it is a pretty good film with a twist ending.

In my digging the other day I discovered that one of my favorite directors, John Frankenheimer, adapted TOTS into a TV movie that starred Ingrid Bergman. It was part of a series called Startime in 1959. Oddly, there was another TV movie that same year that adapted it as an opera! As far as I can tell, both are lost.

My digging also informed me of something you may already know. The phrase "turn of the screw" refers to a method of torture using "thumbscrews" on victims' thumbs, fingers and toes. I guess James was alluding to the building mental torture in the story.

Howard's Mill (2021): a lowish-budget horror film that wants to be the new Blair Witch. In this case, it takes the form of a documentary filmed with actors on location in a rural community, onto which they've grafted a related series disappearances, appearances, and deaths. A lot of online chatter then suggested (or outright states) the story is a true story (despite credited actors playing the roles) and.... Horror gold!

Well, not quite, but it's not bad. It features some decent performances and a few genuinely creepy scenes.  Fans of SF/horror/fantasy/comics will see the implied twist (could this really be the explanation for the strange goings-on???) coming a mile off.

It also has an eye-rolling moment where three people are searching the area where teh mysterious disappearances took place and the voice-over of the character running the project says, "we decided to split up in order to cover more ground."

The Harder They Fall - This is a Western, that at first I was think was Tarantino inspired, but the writer, director, etc is a Brit, so I would say this is a Western by way of Guy Ritchie. This is a very rare Western in which all of the main cast is black. To paraphrase the credits, although this story is fictional all of the characters are real. Or at least inspired by real people.

Idris Elba plays the main bad guy, so you know he is going to be great. Delroy Lindo plays Bass Reeves (supposed to be the inspiration of the Lone Ranger). You get Regina King, Zazie Beetz, Edi Gathegi and amongst others. A really great cast, and some very cool characters.

It was good, but I think it would have been better if they trimmed some of the fat off of it. This is a Netflix movie, for those who are interested. 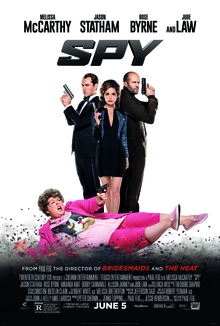 Yeah, Rob Zombie is not the person I'd pick for that genre.

Here Come the Munsters from the 1990s is probably my favorite of the various revival attempts.

A Fathom Events Karloff double-feature at a (I have two) local Regal Cinema: The Mummy and The Bride of Frankenstein.

Universal monster movies are regular October fare for me -- I grew up watching these films on Nightmare Theater with Sammy Terry on Friday nights, and I've owned all the Legacy sets for years, and upgraded most to blu-ray -- but I've never seen them on the big screen.

It was totally worth it.  The Mummy looked good -- that iconic close-up image of Ardath Bey/Karloff's face really pops when it's 20 feet high -- but Bride is a whole new experience when viewed (and heard) the way it was intended.  My appreciation for Whale's (and his production team's) vision for this movie has grown by leaps and bounds.  The climatic scene of the creation of The Bride was just stunning.

Also: Since Bride isn't one of my "go to"s, I haven't watched it in a number of years, and had forgotten how much dark humor Whale dropped in.  And how wonderfully camp Ernest Thesiger's Dr. Pretorious is.

I'd recommend this, but it was apparently a one-showing-only event.  But if you ever get the chance ...

There will be a Phantom of the Opera/ (1943) Creature from the Black Lagoon event on Oct 29.  I'm going to try for that one too.

That sounds great! I've seen the 1925 Phantom of the Opera on the big screen, complete with live organ music, but never the later Universal films. Bride and The Mummy are two of the best.

Jeff of Earth-J replied to Steve W's discussion Comical Comic Cuts
""Can anyone come up with a caption?" I can go you one better. Here's the…"
11 hours ago