Here's my latest review, for a grotesque Mexican mindbomb called We Are the Flesh. Watch at your own risk. When I finished watching my screener, I just pointed inarticulately at tv and made weird barking sounds.

I just watched Spectre (2015). I liked the film's visual style, Ralph Finnes as M, and the use of M, Q  and Moneypenny. The action scenes were too recycled, and the chair escape was unimaginative. Bond escapes from and blows up the crater base too easily. The coda elevates schtick over sense. (Couldn't he buy his own car?)

I thought the linking of Bond and Blofeld a weakness. The plot wasn't based around their personal hatred, so their having a history didn't add much. Blofeld was an ordinary Bond villain otherwise, and Bond treated him like his other villains. I think it's a mistake to think a conflict over something personal is always more interesting than a fight to stop something evil.

Watched The Witch. I liked it, but I probably would have liked it more had it been subtitled. Not only was the dialogue in stilted old English, but the rhythm and cadence was, I assume, also from five centuries ago -- questions spoken as statements, anger spoken in monotone, and so forth.

I expected something along the lines of Blair Witch Project (which I despised), with portents and omens and things moving in peripheral vision rather than an actual witch. But I was pleased to see the witch depicted almost straightaway, bathing in baby's blood. There were terrible things in the woods, not just hints of them, which actually heightened the suspense, since these Puritan rubes were ill-prepared for such evil.

Also, sometimes in horror movies the bad guys don't make any sense -- why they're haunting this house or killing these kids or whatever, is rarely explained. More importantly, why these powerful demonic forces don't just kill everyone in the first scene is rarely explained. Here you have to work it out, but it makes sense. The bad guys are up to something specific, which the ending makes clear.

And that ending makes sense, too, despite what some critics have said. I have to put a whopping spoiler on this one: 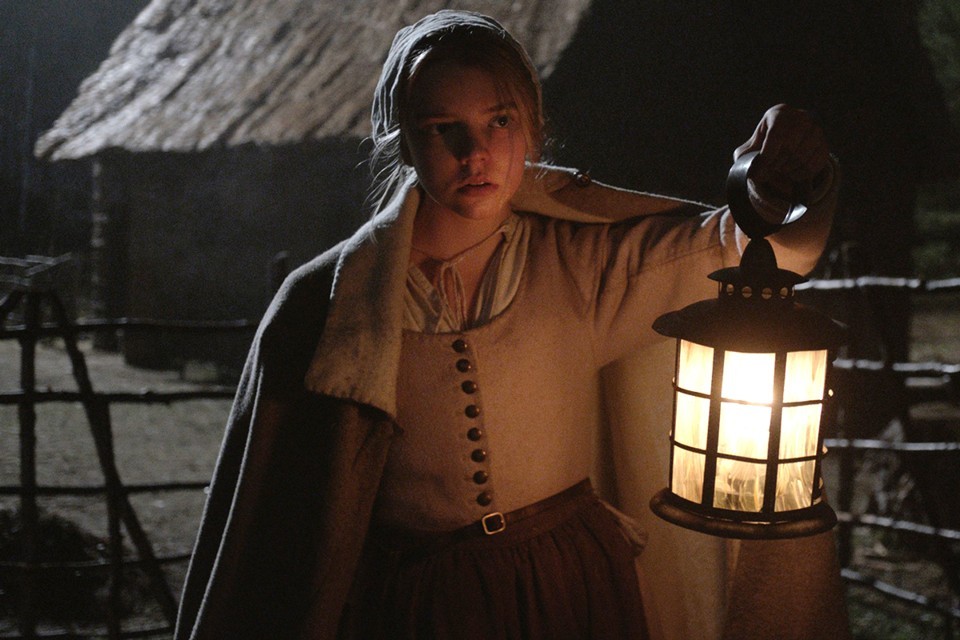 Thomasin joins the coven. One good reason for that is she doesn't have any other choices. She can stay on the farm and starve, or she can go into town ("the plantation") and be hung as a witch. This is the 17th century, folks, and a girl showing up saying her whole family was killed by witches but she survived because, ah, Jesus or something, is going to burned at the stake or hung. And even if she isn't a teenage girl with no family or husband has bleak prospects in 1600s Puritan America.

Also, she killed her mother. Yes, self-defense, but that's a legal argument, not a moral one. And the Puritans were not particularly forgiving from a moral standpoint. From Thomasin's perspective, she had already sinned so badly that forgiveness was not possible.

Which brings us to a second point: That society was really harsh for girls. They had no prospects, no independence, no education, no say-so in their own lives. They were property. It was that inequity that the coven exploited to enduce Thomasin to join (which was their goal). They arranged for the rest of the family to turn on her, which was her only source of support. And the speed and hypocrisy with which they did so certainly played a role in Thomasin's decision.

Further, Thomasin had been raised in a strict religious society. Even had she decided to, I dunno, run off and be a pirate or something, she wouldn't have the mental preparation or physical skills to do so. All she knew was a straitjacket of rules. Given that Christianity was no longer an option, it makes sense that she'd "join the other team," in that at least it was a familiar framework.

And lastly, the devil offered Thomasin something no woman on earth had at the time: personal autonomy. I can only imagine what a temptation that was for a woman in the 17th century.

I can't speak for everyone, but it was a satisfying denouement for me.

I thought the linking of Bond and Blofeld a weakness. The plot wasn't based around their personal hatred, so their having a history didn't add much. Blofeld was an ordinary Bond villain otherwise, and Bond treated him like his other villains. I think it's a mistake to think a conflict over something personal is always more interesting than a fight to stop something evil.

I thought the scarring of Blofeld being a result of Bond's actions was clever. You're right up to a point. Blofeld was just another villain until (in the film and in the book On Her Majesty's Secret Service) he murders Bond's wife Tracy. In the books Blofeld is only in Thunderball, On Her Majesty's Secret Service and You Only Live Twice. Bond personally kills him in You Only Live Twice. In the book Doctor No, Bond screams at him "DIE, DOCTOR NO, DIE!" as he drowns him in bat guano. He had tortured Bond and Honey Rider and had incinerated his friend Quarrel (his second appearance after Live and Let Die), so Bond was taking that one personally, too.

My wife and I also watched Scouts Guide to the Zombie Apocalypse, which was mildly entertaining. As my wife said, it's a film basically aimed at teenagers, and we're not the target market.

If it were, I'd point out inconsistencies and such. (Like a bite from a zombie turns you into one, but zombie blood spraying into your mouth is harmless? And since animals can turn into zombies in this movie, I give the human race less than a week to survive zombie rats alone.) But that seems a bit churlish for this harmless piece of fluff. 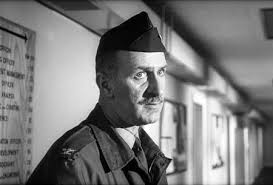 Yep. In the movie Doctor No's island was supposedly mining bauxite. In the book they were mining huge deposits of bat guano, while really screwing with rocket launches for SMERSH.

WIfe and I watched Another Thin Man. I'd forgotten since the last time I watched it that Shemp Howard appears as a character named "Wacky."

And since animals can turn into zombies in this movie, I give the human race less than a week to survive zombie rats alone.)

But would zombie rats seek human brains or rat brains? Does the plague only infect carnivores? Does it only affect mammals? If insects could become zombies (and they can) plants that rely on them for pollination would die off. But not all plants do.

Richard Jefferies published a book called After London in 1885. He was a nature writer, and the book starts off with a description of how the British landscape changed after the (unexplained) end of London. I think it's the earliest good work of SF I've read. (Wells started later.)(1)

I was thinking recently that part of the appeal of zombie stories is they're neither SF-based nor supernatural. Vampire or werewolf stories are linked to old superstitions. Some zombie movies use SF explanations, some supernatural ones, but in others they're unexplained. Another thing about them is they originated in the movies. So Zombies feel modern. (I think Haitian zombies and modern zombies are best regarded as different monsters.)

Have we uncovered the true explanation of what happened to the dinosaurs: they were wiped out, not by a meteorite, but by the zombie plague it carried to Earth?

Perhaps zombiism is caused by parasitoid eggs that are present in saliva but not the blood, and quick die outside the host. That might explain the zombie's craving for brains: the parasitoid causes the host to break open the skull so it can quickly infect it. Mammals are vulnerable to bites because if the eggs get into the bloodstream it carries them to the brain. The less-efficient skull-cracking approach is an evolutionary hangover from a stage where the eggs were unable to survive in warm blood long enough to reach it.

(1) One might quibble over whether Edwin Abbott Abbott's Flatland from 1884 counts as SF. It's worth a read.

Since the infected ceases to feed himself, and his body loses the ability to repair itself, he begins to decay and dies. Zombies are thus dying living, not living dead. As you'd expect the combination of dehydration, starvation and decay kills zombies pretty quickly, within a couple of days. The reason zombies appear to have a prolonged life is the majority of the infected do not immediately progress to animated zombiism, but instead fall into a state of suspended animation (commonly mistaken for death). The proximity of the uninfected triggers their emergence from the coma state. Hence it is inadvisable to remain in the presence of any "dead" body during a zombie outbreak.

During the coma period insects and fungi often establish colonies in the "dead" bodies, causing a grotesque appearance. Predatory animals and scavengers are apparently repulsed by the infecteds' smell

Last night I watched Paprika (2007), an animated Japanese film about the theft of a machine that allows the user to invade other people's dreams. Very entertaining stuff, with some really well-realized dream images. Worth a look if you get the chance.

The Baron replied to Jeff of Earth-J's discussion To be... HULK-inued!
"I've always been uncertain what, if anything, Banner remembers from his time as the Hulk. If…"
1 hour ago