NYCC online show was a lollapalooza of TV announcements Oct. 15, 2020 — The New York Comic-Con occurred online Oct. 8-11, but didn’t have the biggest bang. Still, it had enough intriguing announcements to be worth talking about.

The lack of sizzle at NYCC is a little disappointing, given how bombastic the virtual San Diego Comic-Con (July 22-25) and DC FanDome events (Aug. 22, Sept. 12) were. But there wasn’t much to talk about, movie-wise, given that all but one genre movie has been moved to 2021. (Wonder Woman 1984 is currently scheduled for Dec. 25, but most experts predict it will be postponed again.)

If you searched, you could find a little info about Demon Slayer: Infinity Train (based on a manga) or Mortal Kombat (based on a video game). Or Monster Hunter (based on another video game). Oh, and there was a panel on a Hunger Games prequel (but sorry, no Katniss).

So there was that.

And while big conventions like NYCC persist in calling themselves Comic-Cons, there isn’t usually a lot of comics news. Provocative panels, yes, but big announcements, no. However, there were these:

Archie Comics announced two new digests for next year, a partnership with digital platform Webtoons, and most importantly, the Riverdale Presents: The South Side Serpents one-shot in January, featuring TV’s biker gang version of Jughead. It’s fascinating to watch Archie Comics slowly ease away from the wacky teen humor that’s been its bread and butter for almost 80 years. I still like that material — primarily the older stuff by the likes of Dan DeCarlo, Harry Lucey and Samm Schwartz — but the company’s leap into horror and modern teen dramedy feels surprisingly natural. 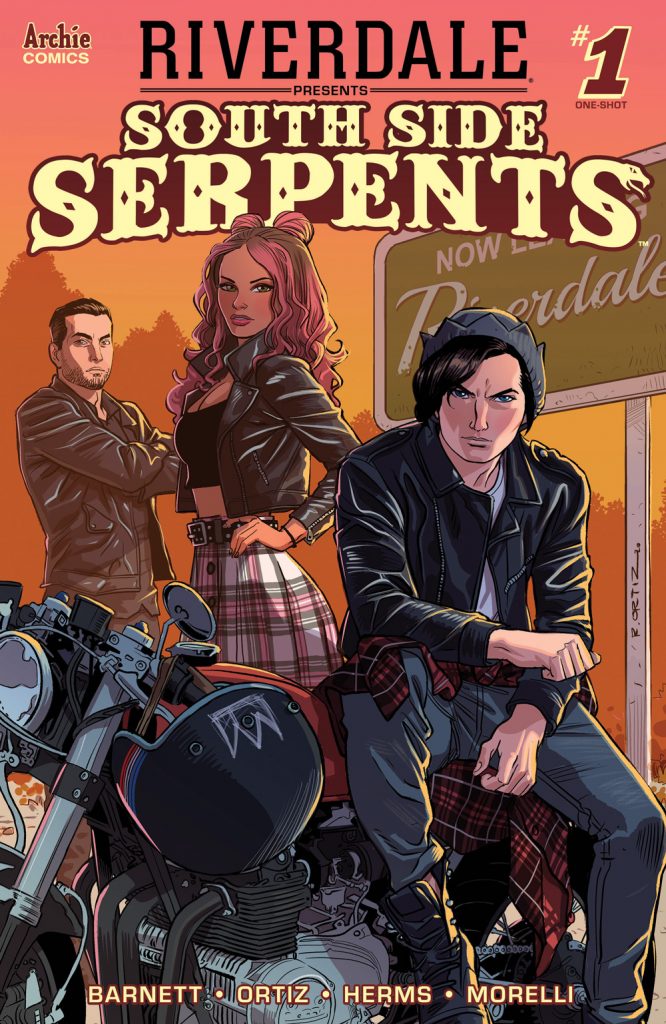 Southside Serpents one-shot is coming in January from Archie Comics. See below for a variant cover and sketches. (Copyright Archie Comics)

DC Comics provided superstar writers Scott Snyder and James Tynion IV to talk about Dark Nights: Death Metal, the ongoing crossover rewriting the DC Universe as a truly terrible place. We longtime fans expect that the ship will be righted eventually, and the fun is seeing how it’s done. Better yet, Snyder and Tynion said this Crisis — unlike the last few — won’t rewrite DC history. That’s a welcome change, as I’ve grown weary of relearning Superman’s backstory every few years.

Marvel Comics talked about their own upcoming (December-ish) crossover, King in Black. This involves the biggest, baddest symbiote (think Venom) coming to Earth to make everyone miserable. I’ve never been a Venom fan, not even a little, so I’m actually pleased to hear from writer Donny Cates that they plan “profound changes” for the character.

Finally, a real surprise: Slugfest. Based on the 2017 book chronicling the eight decades of rivalry between comic book titans Marvel and DC, this Quibi documentary series is executive produced by directors Anthony and Joe Russo (Avengers: Endgame), narrated by director Kevin Smith (Clerks) and involves actors like Vincent D’Onofrio (Daredevil),  Simone Missick (Iron Fist) and Brandon Routh (Superman Returns). It doesn’t begin on Quibi until Nov. 9, but the Slugfest panel generously aired the entire first episode, and it was a delight. I didn’t know what Quibi was before, but I sure do now.

Now you’re probably thinking, “Not much in the way of movies. Not many comic books. What was there to do at this convention?” Well, there’s always the boob tube, right?

NYCC could rightly have been called NYTV. There were more than 30 television shows discussed, from new adaptations like Shadow and Bone and Terry Pratchett’s “City Watch” novels, to retrospectives of old favorites like Batman Beyond, Lost and Smallville. Here  are some of the bigger news bombs:

Kate Mulgrew’s voice will come out of animated Kathryn Janeway in the new CG-animated Star Trek: Prodigy on Nickelodeon, where a bunch of rebellious teens find an abandoned starship. Janeway, last seen as an admiral in some Trek movie or other, will act as their mentor.

She’s not the only returnee. Marina Sirtis has appeared in both live action (Picard) and animation (Lower Decks). Brent Spiner dropped by on Picard as both Data and one of the Soongs. Patrick Stewart (Jean-Luc Picard) and Jeri Ryan (Seven of Nine) are ongoing characters on Picard. And Jonathan Frakes is everywhere: Voicing Will Riker on Lower Decks, playing Riker on Picard, and directing episodes of just about all the shows.

I can’t wait to see who shows up next.

Pity poor M.O.D.O.K. He has a comically large head, and limbs so tiny and vestigial he has to move around in a flying chair. His name stands for something kinda silly: Mobile Organism Designed Only for Killing. And, while he’s been a major supervillain in Marvel Comics since the 1960s, he’s had something of a mid-career crisis: His organization, Advanced Idea Mechanics, is going broke.

Welcome to Marvel’s M.O.D.O.K., coming soon to Hulu, where the formerly feared villain is depicted in stop-motion animation at his lowest ebb. He has been ousted from A.I.M., his marriage is crumbling, his children are disrespectful and, in the ultimate humiliation, he is voiced by comedian Patton Oswalt. Welcome to Robert Kirkman’s second-longest-running comic book after The Walking Dead. Invincible is the story of Mark Grayson, the son of Omni-Man, an alien with the Superman suite of powers who is Earth’s greatest champion. As he matures, Grayson’s  powers develop, too. His father takes him under his wing, where he discovers that the superhero world isn’t all it’s cracked up to be.

It’s a pretty interesting story, with lots of plot twists and fascinating characters (Monster Girl, Atom Eve, Rex Plode, etc.), but what really made Invincible stand out was excessive violence. Kirkman went out of his way to show just how painful being a superhero could be.

Invincible is being adapted to an hour-long, animated show on Amazon. Kirkman is on board, of course, and promises plenty of ultra-violence. Grayson is voiced by Steven Yeun (Walking Dead), and Omni-Man by J.K. Simmons (Spider-Man).

What else? Oh yeah, the great Sean Bean (Game of Thrones, Lord of the Rings) will be Mr. Wilford on Snowpiercer, which returns for its second season on TNT Jan. 25. The trailer for Helstrom, coming to Hulu Oct. 16, brought all the hellfire a fan of Marvel’s Son of Satan could want. Stephen King’s The Stand, coming Dec. 17 to CBS All Access, features a cavalcade of stars, including Whoopi Goldberg, Amber Heard, James Marsden and Alexander Skarsgård. The trailer for The Expanse, returning to Amazon for season 5 on Dec. 16, promises a narrative for each major character (assuming they all survive).

And those are just the shows whose launch dates are known. Sadly, COVID has delayed a lot of productions. But if there’s a genre show you’re pining for, search NYCC on YouTube, and you’ll probably find a panel and maybe a trailer.

Let’s just hope that the pandemic abates enough to allow production to crank back up sometime soon. After the way showrunner Geoff John described Eclipso and The Shade for “Stargirl” season 2, I can’t wait to see them. Someday. 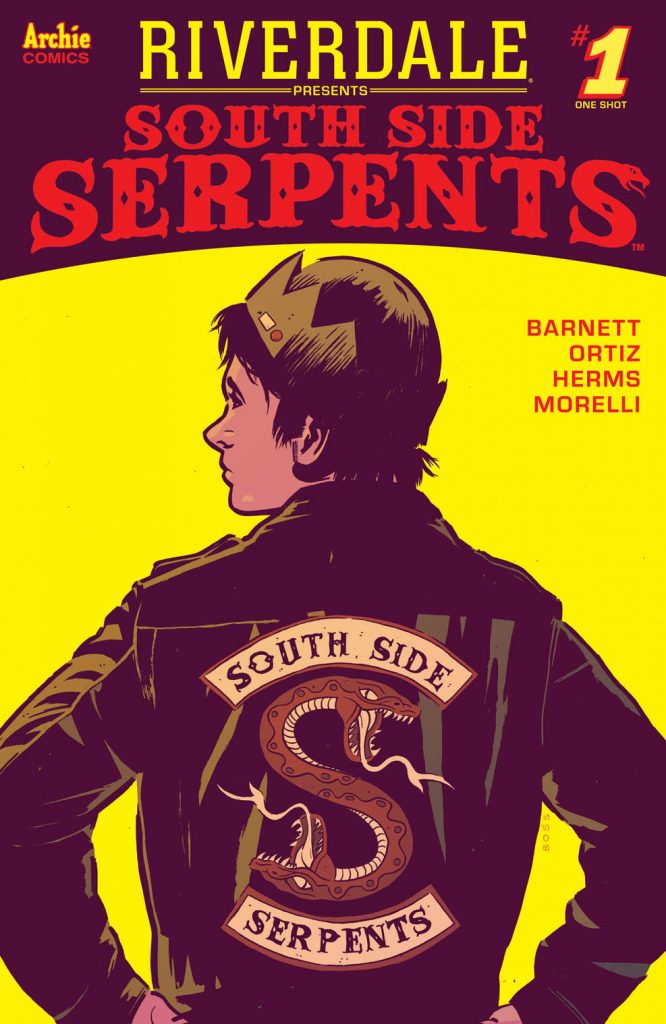 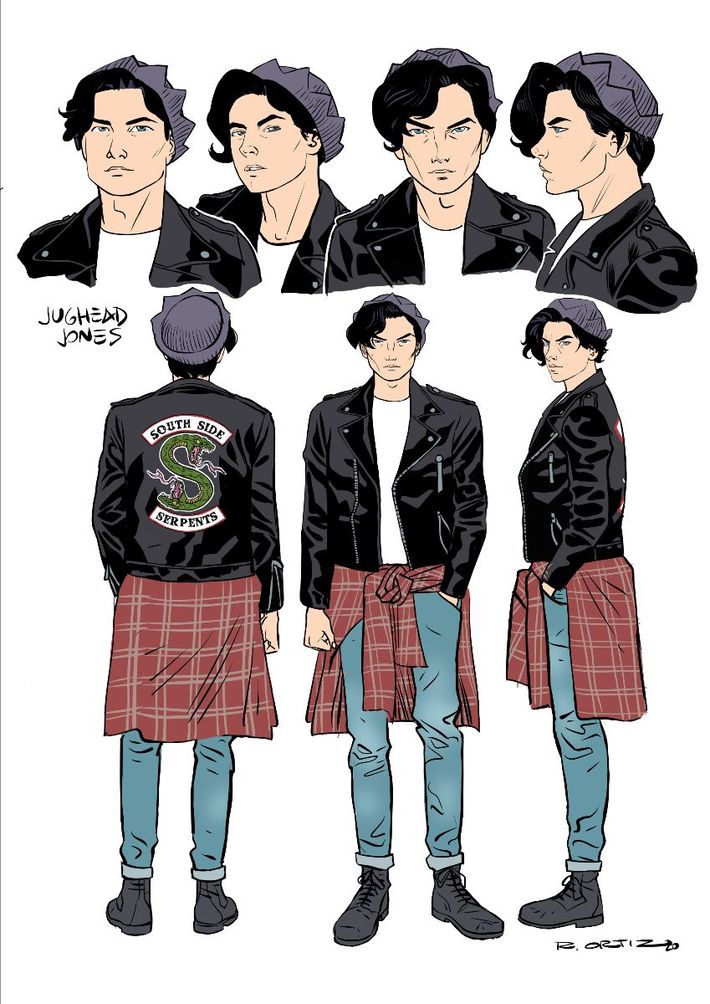