Hickman was best known for his role in The Many Loves of Dobie Gillis, which was a bit before my time. He also made many movies and later became a director and executive.

I remember watching occasional reruns of Dobie Gillis. If I remember correctly, the show employed a framing device where Dobie would directly address the viewer at the beginning of each episode.

DC published a tie-in comic book based on the show.

And was the inspiration for Fred Jones from Scooby-Doo! 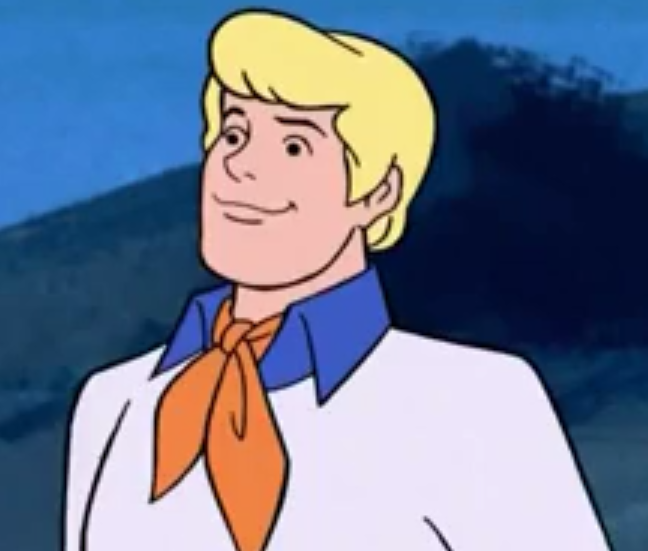 While Maynard G. Krebs changed his name and became an incompetent sailor, later to become marooned on an island with six other castaways.

Here's a nice overview of his life and his career in TV and movies.

Variety doesn't mention the movie Rally 'Round the Flag, Boys! (1958). He and Tuesday Weld weren't the stars but had prominent roles. I didn't see the movie until a couple of years ago, but when the Dobie Gillis show started they worried that his TV character would be confused with his movie character of a different name. In a typical oveerreaction, in the first season of Dobie they changed his hair from brown to blonde. Tuesday Weld played his girlfriend early in the first season and Warren Beatty also had a role. I guess I started watching at 11 1/2, half-way through the first season because I didn't see the episodes with Tuesday as Thalia until recent years. Of course, Bob Denver, pre-Gilligan, was there for the whole run.

This trivia item (which I agree with) from IMDB that should be on interest:

The series served as one of the influences in the development of the Hanna-Barbera cartoon Scooby Doo, Where Are You! (1969). In it, the character of Fred Jones was based on Dobie Gillis; Velma Dinkley on Zelda Gilroy; Daphne Blake on Thalia Menninger; and Norville "Shaggy" Rogers on Maynard G. Krebs.

I didn't see Philip's post before I posted about Scooby Doo.

As doc photo points out, Dwayne as Dobie would address the audience before and after the actual episode. Was this breaking the fourth wall? He was in-character, but it wasn't actually during the story.

Richard Willis replied to The Baron's discussion Movies I Have Seen Lately
"I think I mentioned this when Annie Live was going to be on TV, but what disappointed me about the…"
1 hour ago

Richard Willis replied to Jeff of Earth-J's discussion A Smithsonian Book of Comic-Book Comics
"So far, I've read the Captain Marvel intro you quote. The length of the story caused me to put…"
2 hours ago

Richard Willis replied to Steve W's discussion A Cover a Day
"In the late 60s I got a Charlton comic that had the cover of a different title. Charlton also…"
2 hours ago

The Baron replied to PowerBook Pete, the Mad Mod's discussion Anything, Everything, or Nothing At All
"This came up in my Facebook memories today, something made for me by the late, great Rich Lane:"
7 hours ago

Lee Houston, Junior replied to Steve W's discussion A Cover a Day
"Except for the pinkish Iron Man and Thor's pink highlights, the Avengers cover doesn't…"
8 hours ago

Philip Portelli replied to Steve W's discussion A Cover a Day
"There was one more Zatara appearance on an Action Comics cover, a full cast shot! "
10 hours ago

Richard Willis replied to Steve W's discussion A Cover a Day
"Philip Portelli said: Zatara and Zatanna!  Surprisingly none of the "Zatanna's…"
10 hours ago

Lee Houston, Junior replied to Steve W's discussion A Cover a Day
"Steve W, et al: A March 1971 cover date is correct but if Charlton adhered to the general practice…"
10 hours ago

Steve W replied to Steve W's discussion A Cover a Day
"Mmmm - first alternate cover? You could be right - I'm guessing your covers come from 1971. I…"
10 hours ago

Lee Houston, Junior replied to Steve W's discussion A Cover a Day
"I was originally going to ask this yesterday, but does anyone know what the first comic book with…"
11 hours ago