It's been a while since I've listed future Showcase Presentses from Amazon and other sources, and there have been a lot of changes, mostly delays, since the last one I posted in December 2012. Here's the latest I can find as of this date, 5/6/13: 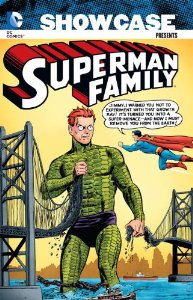 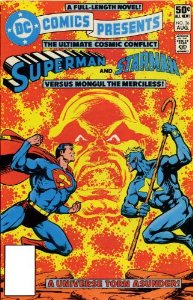 Superman battles for justice alongside DC's greatest heroes including Martian Manhunterm Supergirl, The Spectre, Black Canary, Robin, Wonder Woman, The Flash, Aquaman and many more in this massive, value-priced title. Assuming a wide variety of disguises to battle the Nazis in World War II, the Unknown Soldier plunges deep behind enemy lines in this massive SHOWCASE edition, collecting stories that have not been reprinted since they were first published in the 1970s. This massive, value-priced collection reprints strange tales of mystery from the 1970s for the first time. 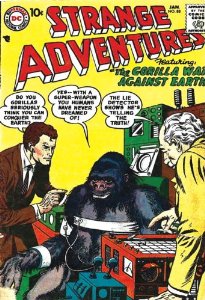 A massive new collection of science fiction tales from the 1950s, none of which have ever been collected before. 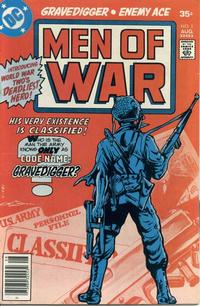 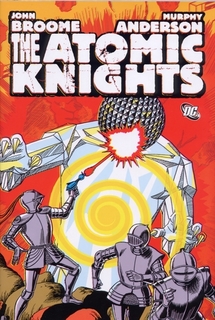 The schedule looks heavy on genre and light on the super-heroes, and there are some barren months. I doubt that any but the first couple come out according to this schedule.

Whoa! You're right about GL; I forgot about him. How could they depict the green beams and vulnerability to yellow? Aside: GL writers Broome and Fox had an annoying tendency to describe the panel action in the narrative, so even if you didn't see any yellow, they'd make sure you knew it was there. Redundant and boring. Stan Lee taught me to read the narrative captions because they had so much personality.

The only stories that need color are Metal Men and kryptonite plots.

I think I would've liked the "Showcase Presents: Green Lantern" series a lot more had I read them in "Chronicles" full color. I really had to exercise a lot of imagination, which I have in short supply after years of watching television.

Permalink Reply by Craig Boldman on May 9, 2013 at 10:41am
In my writing for Archie, I learned early on that if there was something essential color-wise going on in the story, to have one of the characters mention the color in their dialogue; made it much more likely that the colorist would get the message. Too often color notes in the script would get lost along the assembly line.

Actually, I think that DC would probably publish anything they find lying around containing Supes's picture if the release of Man of Steel creates enough demand for it, even when the lack of color makes for confusing reading--this is the same company that, in SP: Superman #4, treated us to that classic old tale "The Amazing Story of Superman-White and Superman-White".

Wait. You're saying that DC is not publishing SP: Superman #5 because so many of the stories involve kryptonite, and they think it won't show off those stories to their best advantage if they're printed in b&w. So they're holding off printing the next SP while they look for a way to present those stories in a color edition?

I think that may be the nicest thing anyone has said about DC in at least 10 years!

I don't care who you are, that there's funny!

Actually, I think that DC would probably publish anything they find lying around containing Supes's picture if the release of Man of Steel creates enough demand for it, even when the lack of color makes for confusing reading--this is the same company that, in SP: Superman #4, treated us to that classic old tale "The Amazing Story of Superman-White and Superman-White".

Thanks for the plug on my review, Figs! Now that school's over (woo-hoo!) I'm going to catch up on my to-review pile and then try to get on a regular schedule for the weekly stuff that's sent to me, either in print or digital form. All in the Reviews section folks! For free and everything!

As to the point of this thread, I'll be getting anything that reprints stuff from before, say, 1980. I have just about everything from the early 1960s onward, but I get the Silver Age stuff because I always wanted that stuff in collected form and because I fear handling my own books any more than necessary. And I get the 1940s and 1950s collections, no matter how awful, because they're old comics I've never read before, and that's good enough for me.

So that means I'll be picking up everything except DC Comics Presents and Men of War.

this is the same company that, in SP: Superman #4, treated us to that classic old tale "The Amazing Story of Superman-White and Superman-White".

LOL! That story probably was a little confusing in b&w. Not that it really mattered which one was doing what.

As you note, with Man of Steel imminent, it's amazing that DC hasn't put a new SP: Superman out on the shelves, especially as those stories are really good. Even if sales on #4 were low, and I don't know why they would've been, I'd think they'd consider the new movie might bring in more people if a new book was being promoted. It's a puzzlement.

I'll be getting anything that reprints stuff from before, say, 1980.

I considered that, but the sheer volume of stuff--and the low, low prices my SA comics would bring in if I ever tried to sell them--has kept me from buying ones that I have the comics in. But it would make one heckuva bookcase! Where do you keep all those books?

I keep it all in the Comics Cave. Which, perversely, is over my house rather than under it.

Speaking of the classic tale of "Superman-White, Superman-White," there have been a number of times -- and I think we've discussed it here before -- where words were printed in a solid color with no black in the original comics, making them invisible in the B&W reprints. I remember one such cover, probably in a World's Finest Showcase, where S, B &R are staring at a blank sign in amazement, stammering things like, "What does it MEAN?!??"

Of course, I also remember a 1950s World's Finest story, where Batman had Superman's powers, and when Batman catches Superman in flight, he thinks "Isn't this queer!"

Yes, Batman, it was.

I was doing a bit of research on Amazon and found this... 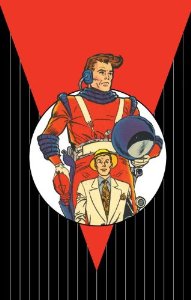 I didn't see that one coming, though god knows we've been talking it up over the years. I'm very tempted, though I fear it might be for academic purposes only. Personally I was hoping for a TBP.

What's rather odd is that it lists as being 400 pages - already very unusual for an archive book. Since GCD lists only 40 original appearances ranging from 6 to 10 pages, I can only assume that they are reprinting some much later stuff, no?

Thanks Luke, I guess I missed it there. But the good news is that Amazon is now offering it for 53 bucks, not 75.

I'd like to see them do more SP volumes without an earlier Archive, and they've done a bunch lately. I'm not sure how they decide how to do each. Maybe the combination of a fairly well-known name and the earlier material that needs more production made them go this way.

It's too bad, as it might not sell well enough for another volume, which means they may not get enough to do an SP down the road. The Suicide Squad was put out in a smaller, color paperback, and only one was done. I would bet it would've done much better as an SP volume, as was originally planned. OTOH, they did two SSOV hardcovers and never produced an SP.

But the good news is that Amazon is now offering it for 53 bucks, not 75.

But the bad news is it was $45 back when we initially found it, and I think that price would've been locked in if we'd ordered it then. OTOH, these often wind up at half-price at cons within a year after publication. That's how I bought the SS TPB last month. (I also got SP: Rip Hunter for $8, yay).

The "Showcase Presents: Superman Family #4" cover leaped to mind yesterday, after the occurrence on I-5 north of Seattle--yeah, I've gotta get out more.

And thank God for a disaster where no one got killed.

JD DeLuzio replied to Steve W's discussion A Cover a Day
"Marvel eventually confirmed that this character... ...did, indeed, grow into this character (who…"
2 hours ago

Peter Wrexham replied to Steve W's discussion A Cover a Day
"I'd definitely rather have Lois as my nurse that this character!"
3 hours ago

Travis Herrick (Modular Mod) replied to The Baron's discussion Pro Wrestling
"He was one of the firsts that I enjoyed his turn from face to heel. I loved his poms on the…"
5 hours ago

Elsewhere, some  of us were talking about the Silver Samurai, which led me to think of the time he…See More
10 hours ago
0 Comments 0 Likes

Richard Willis replied to Jeff of Earth-J's discussion Tales to Astonish
"Talbot's inner monologue: "The Hulk is innocent! In another few seconds, we might have…"
11 hours ago

The Baron replied to Jeff of Earth-J's discussion To be... HULK-inued!
"I've always been uncertain what, if anything, Banner remembers from his time as the Hulk. If…"
13 hours ago

Jeff of Earth-J replied to Jeff of Earth-J's discussion Tales to Astonish
"#94-96 - "The High Evolutionary" #95's COVER BLURB: The quote comes from Alfred…"
15 hours ago

Jeff of Earth-J replied to Jeff of Earth-J's discussion To be... HULK-inued!
"FADE IN... #95-96: When you come to yourself again, you find yourself in a fantastic space ship,…"
16 hours ago

Did you ever think about what life must be like for Bruce Banner? Imagine and endless stream of…See More
16 hours ago
2 Comments 0 Likes