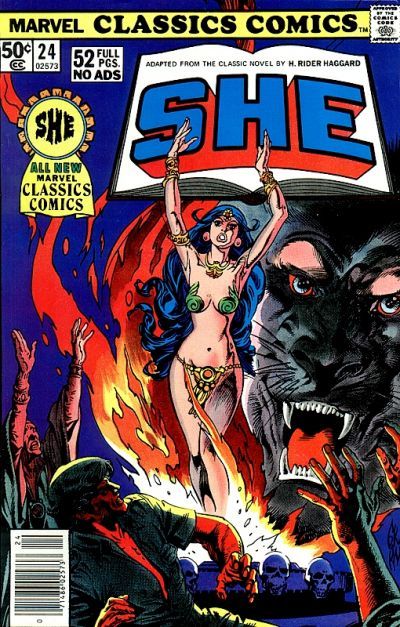 Jeff of Earth-J replied to Jeff of Earth-J's discussion Tales to Astonish
"Marie Severin - (Starting with #92...): I recently covered TTA #92-93 from another angle: TTA…"
29 minutes ago

Jeff of Earth-J replied to Jeff of Earth-J's discussion T.H.U.N.D.E.R. Agents
"Thanks for participating, Richard. It's been fun!"
49 minutes ago

JD DeLuzio replied to Steve W's discussion A Cover a Day
"This Teen-Age Romance is pregnant with implications. And how old is that Candy Striper, doc?"
1 hour ago

Richard Willis replied to Jeff of Earth-J's discussion T.H.U.N.D.E.R. Agents
"IDW: As I suspected (and feared), IDW's THUNDER Agents was a complete reboot. I…"
3 hours ago

Luke Blanchard replied to Jeff of Earth-J's discussion Tales to Astonish
"For the bulk of his first story the Stranger is our size. He turns into a giant when he reveals…"
4 hours ago

Richard Willis replied to Steve W's discussion A Cover a Day
"Talk of copying reminded me of this court case. The cover of this comic uses a photograph of singer…"
8 hours ago

Irma Kruhl replied to Steve W's discussion A Cover a Day
"Yep, Adkins sure took Wood's advice to heart--not surprising at all, since Adkins started out…"
14 hours ago

Richard Willis replied to Jeff of Earth-J's discussion T.H.U.N.D.E.R. Agents
"As I mentioned, I began tradewaiting with DC v2. Consequently, as a tpb of DC v2 was never…"
14 hours ago