Someone explain this to me

I've not been watching the DCEU movies. They don't look good, they haven't had good reviews, etc. This includes Wonder Woman., which has gotten good reviews, and maybe I'll see it someday, but I'm in no hurry.

Now, as I've always been led to understand, Diana is nearly as strong as Superman, nearly as fast as the Flash, she can fly, she's got the lasso of truth and the invisible plane, etc. She's one of the major power players.

So why does she need a sword and a shield all of a sudden? Doesn't she have the raw power to deal with pretty much whatever comes along with her bare hands? Doesn't it weaken her as a character to give her weapons? Who's great idea was this?

I would love an explanation of how this "improves" the character.

The sword and shield make her look more badass...?

The Amazons of Greek myth were women warriors. The sword and shield visually get across the idea that WW is an Amazon out of myth.

Marston's Amazons weren't really warriors, despite the fighting they do in the origin story and their sports. But DC's Amazons have often been depicted as having a martial side to their culture subsequently.

A little bit of what Jeff said, and a lot of what Luke said.

Also, as an in-story reason, the sword and shield are how she was trained to fight, and what she's skilled at using.

That said, I'm not a huge fan of them. I like them as items she only takes out for special occasions, rather than an everyday part of her costume.

A sword is a deadly weapon. If your character swings a sword around* and nobody dies it's kinda nice, but why swing a deadly weapon when you could use a stick to do the same thing?

* See Valkyrie, Green Arrow, Hawkeye, and so on

Most ancient weapons were used for hunting (spears, bow & arrows and such) but a sword was not. It was designed to kill one's opponent. I never believed that someone could use a sword in a super-hero fight and not kill. maim or injure anyone.

And that is so NOT Wonder Woman!

The fact is that heroes with swords only look cool when they're fighting opponents with swords--that's why the Swordsman vs. Valkyrie fight in the Avengers-Defenders War was a high point for both characters.  As for the shield, the movies have made it abundantly clear that, since movie-Diana has the classic "bullets & bracelets" move down pat, plus, she seems to have the more recent addition that her bracelets are derived from Zeus' aegis, and generate a force field when she crosses them in front of her, she has no use at all for a shield.  Sure, she could just throw it at her foes, but than she'd hear from Steve Rogers' lawyers...

So it seems the gist of it is that this decision was made because someone thought it was "kewl", and there wasn't any real in-story reason for the change.

I figure Wonder Woman carries a sword and shield because that says "warrior" and walking around barehanded doesn't, like Luke said.

As for why now when she didn't before, does there need to be an in-story reason? This is the Wonder Woman after the latest reboot, so any number of things might be different.

It's like when they would draw our Vic with a holster. I don't remember him ever using a gun. 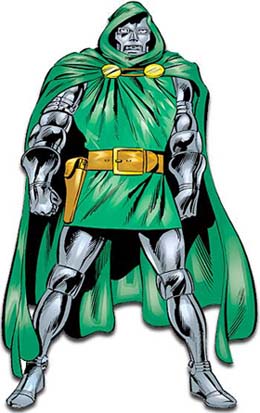 'm still wondering why Steve Epting and Ed Brubaker gave Captain America the belt with all the pouches. He never needed one before, and we never saw him put anything into them or take anything out of them.

They're for when he's captured. They're packed with undecipherable messages in code and useless little objects (pen lids, paper clips, pogs, placebo lozenges marked "super soldier formula", "special polish" for his shield) calculated to incentivise his captors to question him instead of killing him.

There's also a fake signed photograph of FDR with the message "to Cap, the thanks of a grateful nation, Frank", so any interrogators will have something to cause him distress by destroying.

I figure Wonder Woman carries a sword and shield because that says "warrior" and walking around barehanded doesn't, like Luke said. As for why now when she didn't before, does there need to be an in-story reason?

IIRC, the first time I saw her with a sword and shield (and a helmet) was in Kingdom Come.

The pouches, which look like they are for ammunition, look stupid to me. Also, why are they olive drab when everything else he wears is red, white and blue?

The issue I have with the sword and shield is at I feel it weakens Wonder Woman as a character. It's like saying "I'm not powerful enough on my own, but give me a weapon and a way to block attacks and I'm just as good as anyone" when she's supposed to be able to handle pretty much anything that comes her way. I could perhaps see her pulling them out for some special reason, but otherwise I think carrying them just makes her look weaker than she is.

And yeah, I think it was Kingdom Come where I first saw her with a sword. I didn't like it then and I don't like it now.