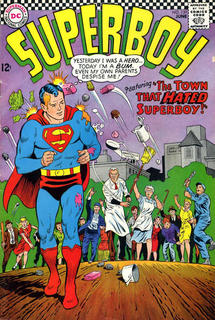 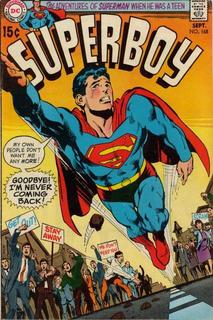 Irma Kruhl replied to Steve W's discussion A Cover a Day
"Dave Palmer posted a classic EC cover by Johnny Craig, which was (in-)famously swiped by Dan…"
46 minutes ago

Jeff of Earth-J replied to Wandering Sensei: Moderator Man's discussion What Comic Books Have You Read Today?
"Click here to read Englehart's own thoughts on that run (or that site on any run of any title…"
1 hour ago

Rob Staeger (Grodd Mod) replied to Wandering Sensei: Moderator Man's discussion What Comic Books Have You Read Today?
"I've been following the Wait What podcast's Baxter Building series from a few years ago,…"
3 hours ago

Jeff of Earth-J replied to Jeff of Earth-J's discussion Tales to Astonish
"GIL KANE - (#88-91): TTA #88 was my first Gil Kane. Just yesterday I mentioned not being…"
4 hours ago

Steve W replied to Steve W's discussion A Cover a Day
""Hey Mister! Absolutely no admittance when red light is on!""
4 hours ago

Peter Wrexham replied to Steve W's discussion A Cover a Day
"Doctor Who may not be a medical doctor.  However, Rory Williams is a medical nurse, so I hope…"
7 hours ago

JD DeLuzio replied to Steve W's discussion A Cover a Day
"It stands to reason that, with all of the running around in dangerous environments, sometimes…"
10 hours ago