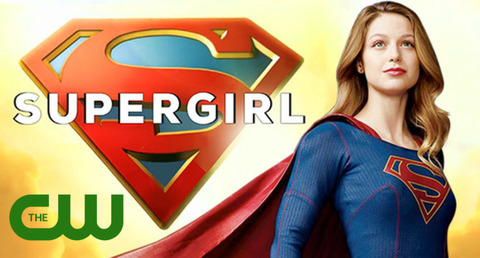 Snapper Carr? Really? Winn would make a better Snapper than that guy (who looks more like the holographic doctor on Star Trek: Voyager).

I agree. I thought that was Snapper Carr's father.

I know I'm swimming against the current here, but I've never been a fan of those 1980s Superman movies, especially not theit portrayal of Clark Kent. He's supposed to be "mild-mannered," not a weak-kneed klutz. there's also a common perception that the first two movies are somehow "better" than the other two, but I find tham all equally campy. The only good addition to the mythos that came out of those movies was the Kryptonian crystal tech and the fortress.

Just had to get that off my chest.

I believe Commander Benson shares your view about Christopher Reeve's Clark Kent. Me, I like it (swimming with the tide). But I do believe Superman III was worse than the first two and Superman IV: The Quest for Peace was FAR worse.

I agree with the notion that using the name Hank Henshaw was deliberate (and clever) misdirection. Using the name Snapper has other motivations. As these super-gruff characters tend to have their edges smoothed out once they've got some episodes under their belt, I could see him displaying some Snapper characteristics (say, snapping his fingers when excited), but I don't see any Snapper in him yet. I like the character, though -- I have a soft spot for non-evil adversaries in a character's private life. (See also the new Julian Albert character on Flash, or someone like Steve Lombard.

Watching the most recent episode tonight, I realize I'm not getting Christopher Reeve from Tyler Hoechlin. Instead, I'm getting more of an inspiration of George Reeves -- there's something in the smile, and his got a wiseacre attitude that Christoper Reeve never had. I like him a lot.

Yeah, I agree on that. He's leaning on Reeve pretty strongly there.

Which is pretty clever, actually -- he's playing them as two different people, both recognizable as Superman!

(And as much as I liked seeing him, I'll be happy to have him out of the show for a while to give Kara time to shine on her own. Likewise with Cat: At one point in this episode she said something like "I don't know how many times I can tell you to find your inner power, Kara." and nodded, because she sure does that a lot. It'll be nice to see Kara reach for that power without her boss reminding her that she can do it.)

George Reeves' portrayal of Clark Kent was just as heroic as his Superman, with the same voice. Almost anyone should have realized they were the same person. Playing Clark a little bit like Chris Reeve's Clark is a good idea. He's dorky yet competent and doesn't trip over himself. I also agree that we don't want too much Superman on the Supergirl show.

Yeah, I agree on that. He's leaning on Reeve pretty strongly there.

Which is pretty clever, actually -- he's playing them as two different people, both recognizable as Superman!

I caught this week's episode today, guest starring Lynda Carter as the President of the United States!

This is coolness on top of coolness, and Kara was positively giddy over the coolness of it all, standing in for all us viewers gaga over How cool is this? Wonder Woman is the President of the United States!

The episode also introduced a someone called "Maggie Sawyer," which was odd because the character was clearly Renee Montoya. This business of giving characters the wrong name -- the old bald guy playing "Snapper Carr", who never was a journalist; "Winn Schott Jr." who is plainly the Jimmy Olsen; "James Olsen," who seems more like Ron Troupe -- is confusing.

Anyway, "Maggie Sawyer" has multiple run-ins with Alex, and you might think there's a glimmer of a spark there. After all, Alex complained just last week that she hasn't been on a date in two years ...

Did you catch the color-shifting on the President's eyes and face at the end?

Agree with ClarkKent, but, in some defense:

-Snapper Carr was briefly reimagined as a reporter in one of the DC cartoons, though I believe he still had some, you know, Snapperishness.

-I suspect Renee Montoya is off-limits, in the shadow of the Bat.

Did anyone catch that when Supergirl was aflame, she put the fire out by doing Wonder Woman's spin?

In case you don't know, this coming week (Nov 28 - Dec 1), the CW network shows will have a four part crossover.

It begins with Supergirl on Monday, Flash on Tuesday, Arrow on Wednesday and Legends of Tomorrow on Thursday.

Anyone who doesn't watch all four shows should consider watching all of them and, I would guess, in the order broadcast.

Jeff of Earth-J replied to Captain Comics's discussion Does anyone have James Bond DVDs or Blu-rays?
"A good James Bond trivia question is "What is the only movie in which James Bond sings"?…"
11 hours ago

Jeff of Earth-J replied to Commander Benson's discussion Deck Log Entry # 240 An Empty Chair
"Words fail me, my friend. Please accept my and Tracy's deepest and most sincere condolences,…"
11 hours ago

The Baron replied to Commander Benson's discussion Deck Log Entry # 240 An Empty Chair
"My condolences to you and Cheryl, and Rick's other family and friends, sir."
13 hours ago

Richard Willis replied to Commander Benson's discussion Deck Log Entry # 240 An Empty Chair
"Commander, I have never had a son or an actual brother, but you, your son and all veterans are my…"
14 hours ago

JD DeLuzio replied to Steve W's discussion A Cover a Day
"I don't think anyone has posted this one. It was my introduction to Strangers in Paradise and…"
15 hours ago

ClarkKent_DC replied to Commander Benson's discussion Deck Log Entry # 240 An Empty Chair
"A wonderfully eloquent epitaph. My deepest condolences to you, Commander, and to Cheryl."
16 hours ago

Mark Sullivan (Vertiginous Mod) replied to Commander Benson's discussion Deck Log Entry # 240 An Empty Chair
"Such heartbreaking news! I am sorry for the family's grief. But you wrote about it beautifully…"
17 hours ago